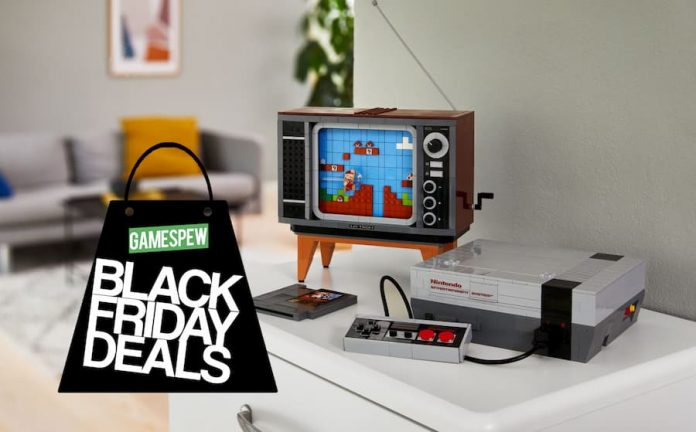 Revisit the past and save yourself some cash with this excellent deal on the LEGO Nintendo Entertainment System. Normally £210, it’s been reduced for Black Friday to £167.20 direct from the Nintendo UK shop. Even better, if you’re a student you can get a further 10% off through the StudentBeans deal site.

The set comes with everything you need to build a model NES, complete with controller, a mini-cartridge for Super Mario Bros. and a vintage, dial-tuned television set displaying Super Mario Bros. in action. The TV actually scrolls when a crank is rotated giving the illusion the game is actually being played!

The set even comes with an included “action brick” which allows other LEGO Mario sets to react to on-screen enemies and items as he would an actual game. This means if you have any of the other LEGO Super Mario sets that Nintendo have released, the LEGO NES is the perfect companion piece to add to your collection.

Be warned, however, despite its appearance it may not be for novice builders. It’s a hefty set, with 2,646 pieces. So if you’ve never built a LEGO set before, you might be better starting with something a little smaller.

But if you consider yourself a Master Builder of more complicated LEGO sets, and fancy taking your eyes away from a monitor or TV but still keep within the gaming realm, this is the deal for you.