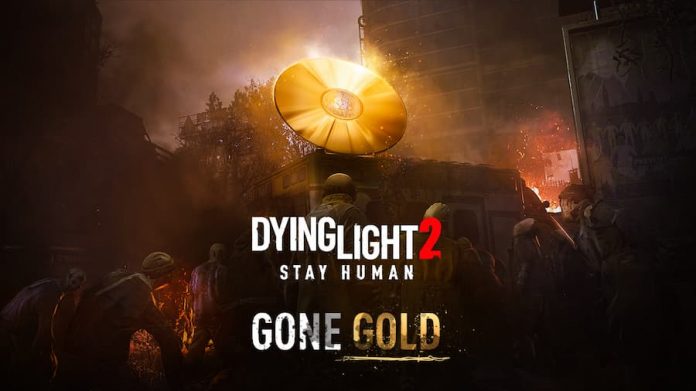 It means that physical copies of Techland’s upcoming zombie game are now able to be manufactured ahead of its release on 4th February. But it doesn’t mean that the developer has no more work to do.

“This is it. The final and crucial moment for us. The game is ready to be manufactured, but we will not slow down. The fact that the game is done and we hit the gold status two months before the release is a great sign but it doesn’t mean that our work ends here. There are still some upgrades and tweaks to add, and community feedback to implement, but the base is solid and ready to play. I’m extremely proud of the whole team!” said Tymon Smektała, Lead Game Designer.

When it launches on 4th February, Dying Light 2 Stay Human will be available on PS4, PS5, Xbox One, Xbox Series X/S and PC. It will be available on Switch, too, thanks to cloud streaming. An action RPG set in the “Modern Dark Ages”, it will challenge players to stay alive in a world full of ghastly creatures that aren’t quite zombies. Though they won’t be the only threats they’ll encounter.

The next episode of Dying 2 Know, which gives players insight into the development of Dying Light 2 Stay Human, will be aired on 2nd December. It will feature 15 minutes of new gameplay, so if you’re keen to see more of the game before it launches, be sure to check it out on Twitch at 8pm GMT/12pm PST.