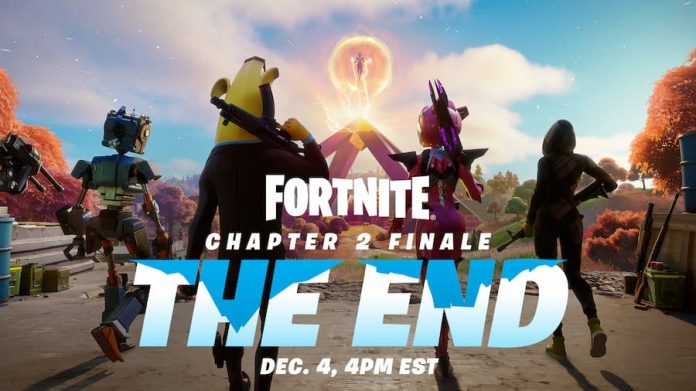 It’s The End for Fortnite. You can go home now, nothing to see here.

We’re kidding of course, there’s no chance that Epic Games would put their sacred cow out to pasture, not while they can milk its teats till they bleed. “The End” is the name Epic has given the grand event that concludes Chapter 2 of the online FPS sandbox. You can knock Epic, as we sometimes have, but Fortnite pulls in a lot of players and you can guarantee that The End will have a high attendance rate.

The premise behind The End is that, after mysterious cubes started pouring into Fortnite’s world, the Cube Queen has decided to go for broke and it’s up to the players to stop her. “Players take on The Cube Queen in one last stand for the fate of the Island,” reads the announcement. Could everything hinge on this final battle?

Probably not, no. While this’ll be a chance to shake things up, not unlike the way Tilted Towers was destroyed by a volcano then later rebuilt, the battle’s outcome will have been pre-determined. But anyone who attends the event, either solo or in a party of up to 16 players, will unlock a special custom loading screen and wrap.

You can also boost your Chapter 2 Season 8 progress by participating in a “Power Levelling Weekend” this coming weekend. The End takes place this coming December 4 at 4 PM ET / 9 PM GMT, with the playlist opening up half an hour before the event starts.