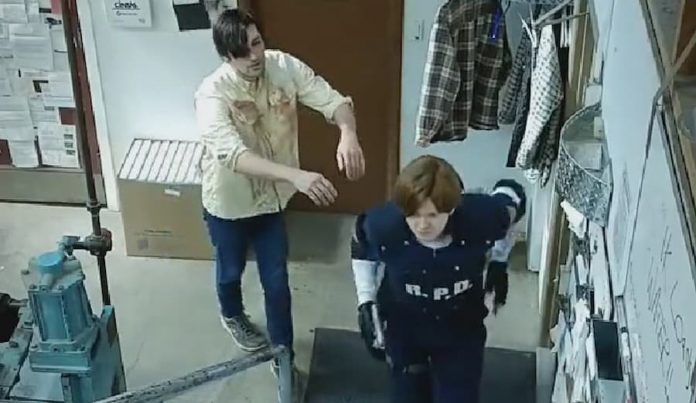 Who needs Resident Evil: Welcome to Raccoon City when you’ve got TikTok?

No, we’re not being facetious – we’ve yet to see the new Resident Evil reboot movie so we can’t confirm how it holds up. But we do know that this two minute TikTok video nails the original 1998 Resident Evil 2 (not to be confused with the later remake), and it’s amazing.

Created by “Lake Steel”, this video short has Leon roaming around a warehouse in true “tank controls” fashion. It’s more than just Resident Evil cosplay, it nails how awkward Resident Evil 2’s protagonists look when they’re running, right down to swinging their elbows out and running on the spot when they hit a wall.

Then there’s the doors, those disturbing room transitions that, at the time, seemed to make absolute sense. We never really questioned why each door was suspended in a black void, that was just how Resident Evil worked and had worked since the original. Finally, there’s the ending… well, we won’t spoil it for you.

Could this joke be sustained for a full movie? No, though we’d still pay good money for a 15 minute-long version of this. There are plenty of things about Resident Evil 2 that the video hasn’t yet touched on – chowing down on herbs mid-battle, for example. But we really have to tip our hat to everyone involved in this magnificent TikTok spectacle.