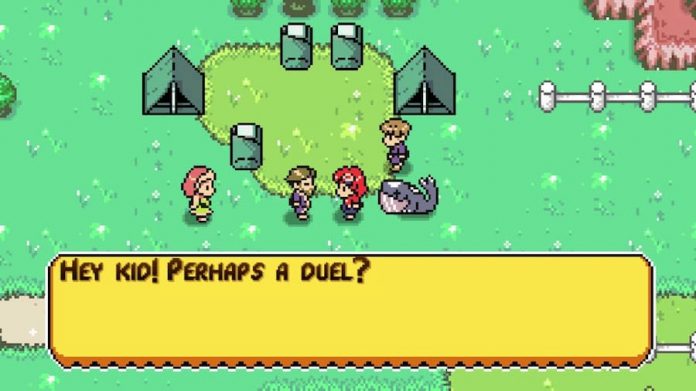 Gotta catch ’em all? Shh, you can’t say that here!

Monster Crown, a game about taming monsters and using them to fight other monsters – a lot like a certain other franchise about pocket monsters – is out now on PlayStation and Xbox. It first came to PC in Early Access back in July 2020, followed by a full launch on PC and Switch in October 2021. Fast forward a few months and PlayStation and Xbox gamers can get in on the action, too.

But this isn’t your typical happy-go-lucky game about keeping monsters captive for your battling needs. Monster Crown is best described as “Pokémon for grown-ups” as its world is much darker – and it’s not afraid of throwing around the odd curse word or two.

It does try hard to capture some of the gameplay magic of old-school Pokémon games, however. Its retro art style is charming, and exploring the world from a top-down perspective will feel eerily familiar to anyone who grew up on Game Boy Pokémon titles.

One key aspect of Monster Crown that may appeal to people who do like to “catch them all” is its focus on breeding. There are 200 species of monster in the game but they can be crossbred to create over 1,200 (!) different types. That’s a lot of monsters.

If this sounds like your jam, check out the trailer below. Monster Crown is available now on PlayStation 4, Xbox One, Switch and PC.