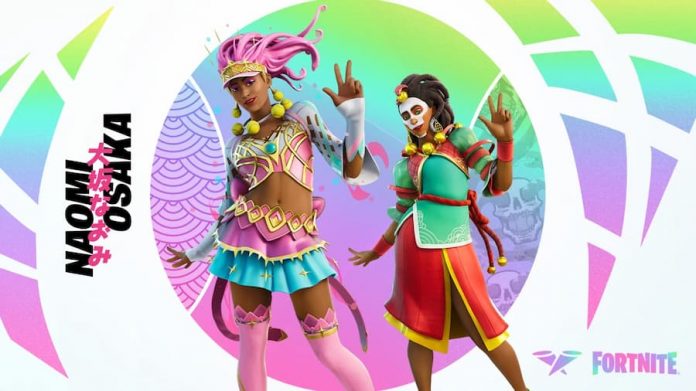 Fortnite developer Epic Games has teamed up with tennis champion Naomi Osaka to deliver some new Osaka-related content to the game.

No, we don’t mean “skins”. Naomi Osaka, who’s a four-time Grand Slam singles champion, isn’t in the game as a playable character. She’s the latest addition to Fortnite’s Icon series, which gives you the opportunity to dress up in outfits that have either been worn by or are approved by the “icons” themselves.

For example, you can dress up in an outfit that Richard Tyler “Ninja” Blevins has given the nod to, but you can’t run around Fortnite spamming Get Schwiffy and shooting people while wearing his face. The new Naomi Osaka content includes two outfits, which can be purchased for Fortnite‘s in-game store from March 3rd.

“I’ve been playing Fortnite for a long time – when I saw LeBron had joined the Icon Series, it made me want to join the Fortnite family too. It’s really amazing to be able to connect with so many people around the world,” are words that Naomi Osaka definitely said.

There’ll also be a Fortnite competition, the Naomi Osaka Cup, which will let you win Naomi Osaka sprays, bling and, if you’re one of the top-performing players in each region, you’ll also get both outfits.

The outfits in question are the Naomi Osaka Outfit and the Dark Priestess Naomi Outfit and look pretty eye-catching. Neither are specifically tennis related, though they’re inspired by Osaka’s Japanese heritage. Naomi Osaka’s sister was apparently involved in their design, so it wasn’t just a case of looking at outfits and mumbling, “That’ll do,” as we suspect, may have been the case with some of these Fortnite tie-ins.

The Naomi Osaka outfit and Dark Princess Naomi Outfit will be available to purchase from Fornite’s in-game shop this March 3rd so if you’re a tennis aficionado, have your V-Bucks ready.