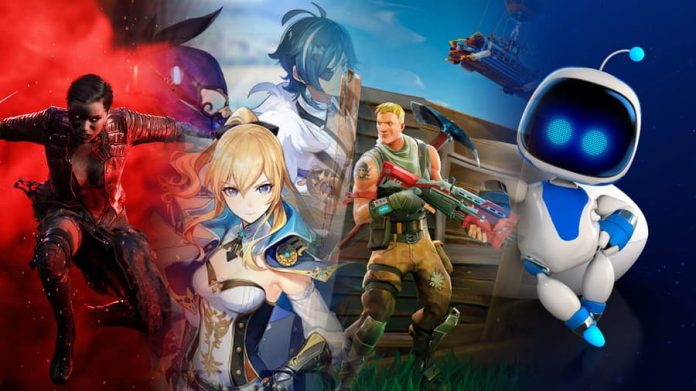 So, you’ve got yourself a PS5 and are now wondering what games to play. The good news is, you don’t have to buy any to have fun.

There’s more than a handful of free games to play on PS5, and we’ve rounded up the best of them right here. All of these games are completely free to play; they’re not simply demos or time trials. Some of them may have paid content, sure, but you don’t need to spend a penny to fully immerse yourself in the game.

We’ve tried to include something for everyone, from fun platform games to massive MMOs, and even a… Radiohead experience? And so, hopefully we can find you your next favourite PS5 game, one that’s completely free. So: read on to see our picks of the best free games on PS5.

This list was first published in April 2021 and has been periodically updated since. 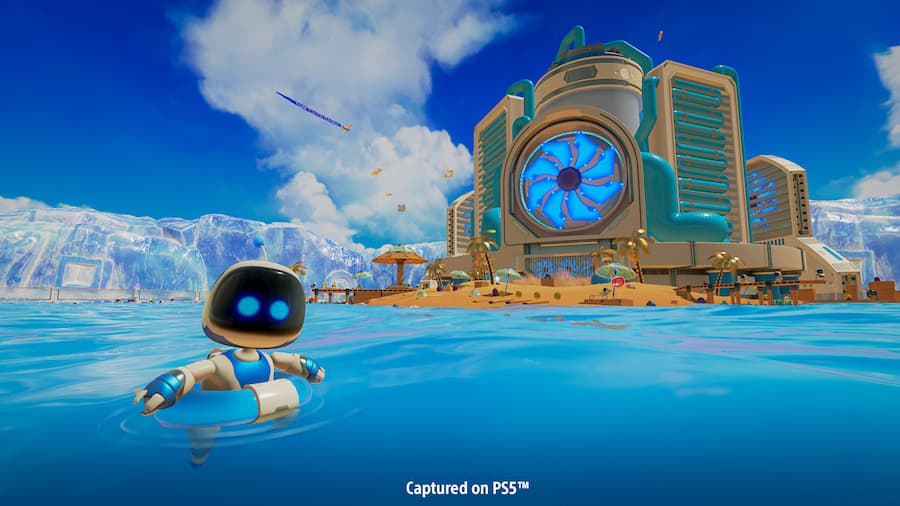 One of the PS5’s very best free games is sitting right on your hard drive as soon as you set it up. Its name is Astro’s Playroom.

Essentially a showcase of what the DualSense controller can do, Astro’s Playroom is a 3D platformer that has simply no right to be as good as it is. It contains four beautiful worlds for you to explore, each one themed around a specific PlayStation console. Each world has unique mechanics for you to master too; you’re able to climb like a monkey, jump like a frog, and even fly a small spaceship. All the while, you feel the pitter-pattering of feet in the DualSense controller and a whole lot more.

Honestly, if you have a PS5, don’t overlook Astro’s Playroom. It truly is one of the best free games on PS5. Heck, it’s one of the best games on PS5, full stop. Its only downside is that you’ll have probably completed it in around three hours and will be left totally wanting more.

Check out Astro’s Playroom on the PlayStation Store 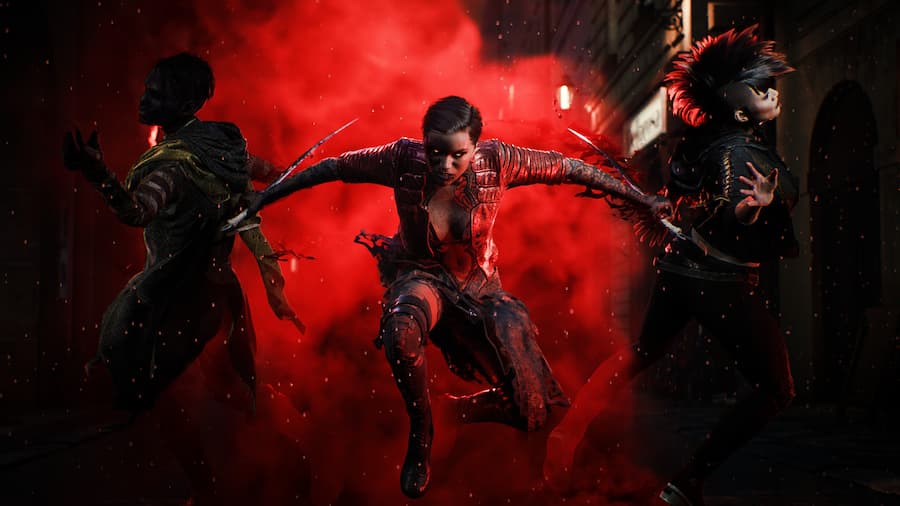 If you have a thing for vampires, then this is the free PS5 game for you. Set in the intoxicatingly fascinating world of Vampire: The Masquerade, Blood Hunt casts you as a vampire. You’ll choose a faction, but in this world, those factions are at war. And so, using your wits and a range of special vampiric skills, you’ll need to outsmart your opponents, taking down rivals and vying to survive until the clock runs out.

Set in Prague, Vampire: The Masquerade – Blood Hunt‘s backdrop is simply gorgeous. Jumping from rooftop to rooftop and skulking in the shadows has never been more fun. This is one of our favourite battle royale games of recent years, and it’s well worth taking for a spin.

Check Vampire: The Masquerade – Blood Hunt out on the PlayStation Store 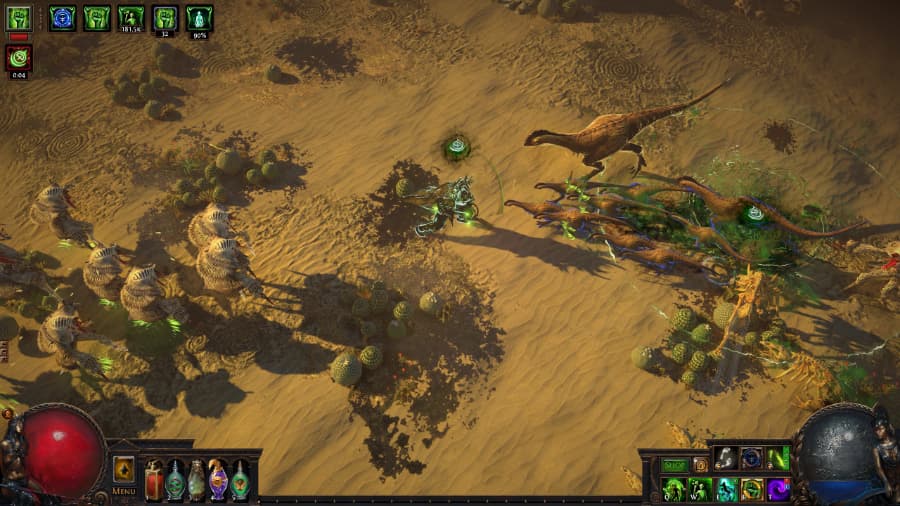 If you love action RPGs such as Diablo, you can play the excellent Path of Exile without paying a penny.

Originally released on PC in 2013, it took a while for Path of Exile to make its way to PS4. And thanks to backwards compatibility, that means you can also play it on PS5. After choosing a class and creating your character, you’re free to explore a world that has just grown and grown over the years thanks to multiple free expansions. Needless to say, Path of Exile is just so deep you can lose yourself for hundreds of hours in it. You don’t have to play alone, either – why not team up with a friend and battle all kinds of monsters and ruffians with a friend while seeking out the best loot?

There’s no doubt about it, Path of Exile is one of the best free games you can play on PS5 right now. A sequel is on its way too, though it might be a few years before that becomes available on console.

Check out Path of Exile on the PlayStation Store 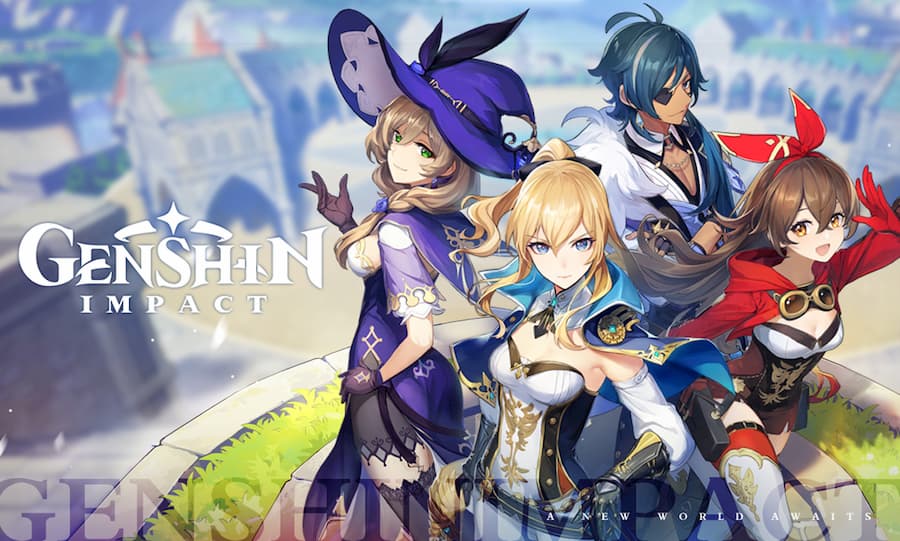 A huge action RPG, Genshin Impact has taken the world by storm. Abd being one of the best free games you can play on PS5 right now, it’s easy to see why.

After choosing a character, you’re let loose in a colourful world in search of your lost sibling. Unsurprisingly there’s a lot to do along the way, including fighting a whole host of monsters standing in your path. Though thanks to the game’s RPG elements you’ll likely want to fight; how else are you going to develop your stats and obtain new abilities?

It’s rare that a free-to-play game feels so polished and engrossing as Genshin Impact. Once you’ve started playing, you’ll struggle to pull yourself away. While it’s perfectly playable solo, it’s no doubt best enjoyed with a friend or two by your side. And thanks to cross-play, not everyone has to be playing on the same format, either.

Check out Genshin Impact on the PlayStation Store 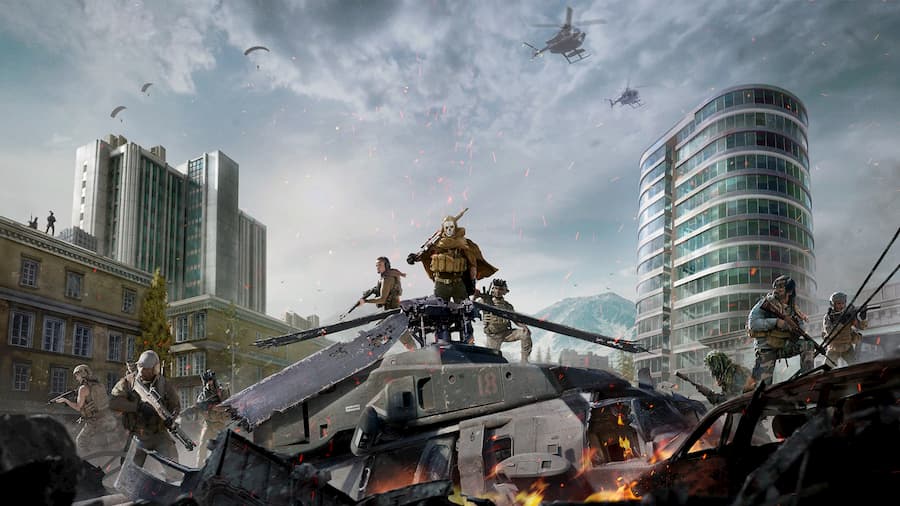 If you like the Call of Duty series simply for its multiplayer action, you need to download its free battle royale mode, Warzone.

Supporting up to 200 players, Call of Duty: Warzone is an intense battle for survival. Numerous game modes are featured, but the staples are Battle Royale and Plunder, the latter of which tasks players with finding stacks of cash scattered around the map. Limited time modes are introduced frequently, and so are new ways to play. Generally you’ll be playing as part of a small squad, but you can go solo if you prefer.

With huge maps to battle it out on, no two games of Call of Duty: Warzone are alike. And that’s what’s so special about it: it’s unpredictable. It’s also kept interesting by regular content updates and gameplay tweaks. If you really get into Call of Duty: Warzone you might be tempted to buy Battle Passes to get the most out of it, but you don’t need to buy them to play. And so because of that, it’s definitely one of the best free games on PS5.

Check out Call of Duty: Warzone on the PlayStation Store 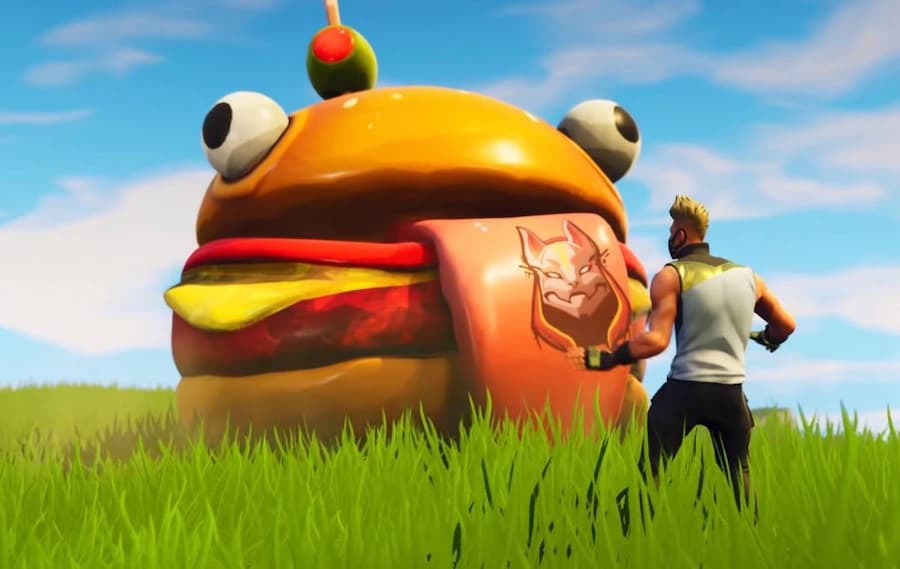 Surely everyone knows about Fortnite, right? It’s perhaps the biggest game in the world right now. And so of course, being free, we need to have it on our list of the best free games available on PS5.

A battle royale game, Fortnite plops 100 players on a giant map and makes them battle it out until only one is left standing. That is unless its a duos, trios or squads match; in that case it’s all about eliminating the other teams. What separates Fortnite from other battle royale games is its construction element – players can build a whole host of structures to give themselves an advantage or simply take cover from incoming fire.

Like other battle royale games, those who get into Fortnite can spend money on it if they wish. Battle Passes, are released regularly, offering up rewards for those who meet objectives. You can play and very much enjoy it without spending anything, however, and, being enhanced for PS5, it looks and plays great. Why not give it a try the next time you have an hour or so free?

Check out Fortnite on the PlayStation Store 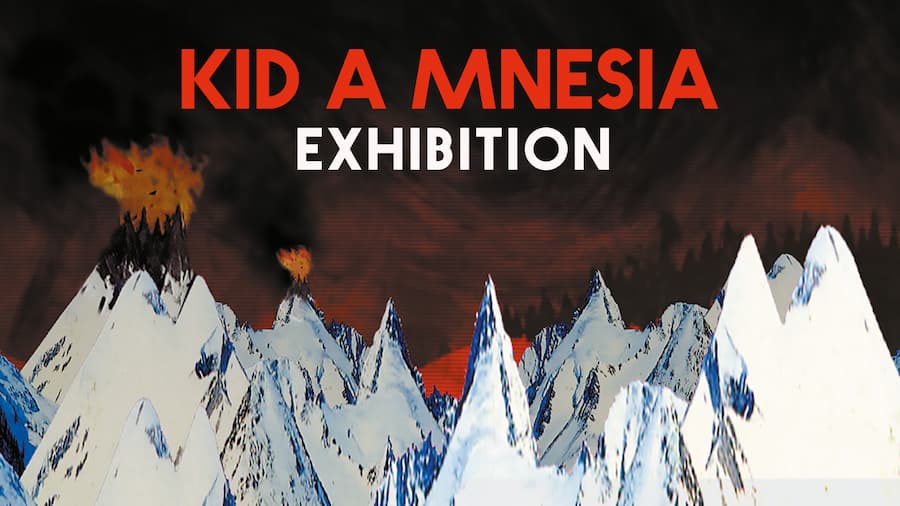 We guarantee you won’t have played anything quite like Kid A Mnesia Exhibition before. You probably won’t ever again, either. It’s not just its originality that makes it one of the best free games on PS5, though. It’s also the fact that it’s truly free. There’s not a microtransaction in sight. This is simply a celebration of Radiohead’s music, artwork and writing. And for fans, it really is something worth experiencing.

Best described as a “fever dream”, we think that everyone who plays Kid A Mnesia Exhibition will get something unique out of it. It’s not so much a game as an experience. But boy, it’s one certainly worth experiencing.

Check out Kid A Mnesia Exhibition on the PlayStation Store 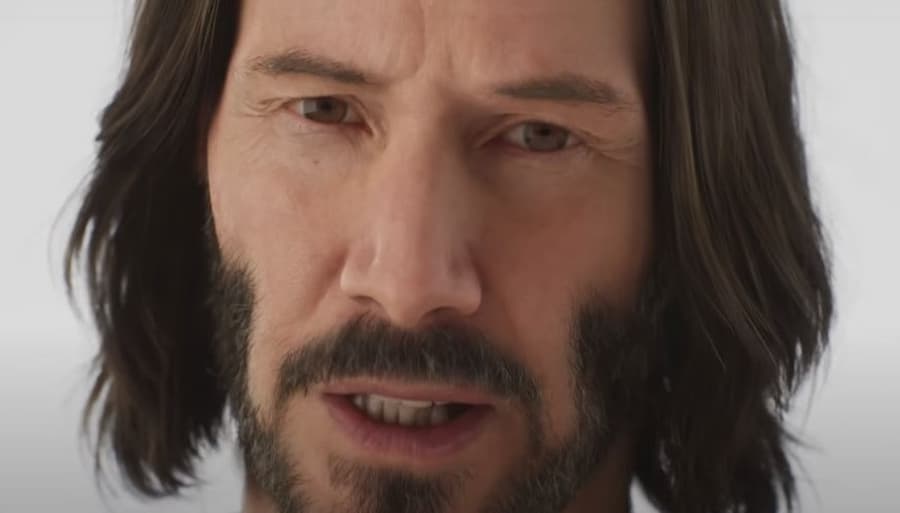 We’re including this one as a bit of a bonus. The Matrix Awakens: An Unreal Engine 5 Experience isn’t exactly a game. There’s not a great deal to it, and you’ll be finished with it in about 15 minutes. But it is something worth trying out if you have a PS5. It’s essentially a tech demo for Unreal Engine 5, giving us a taste of what the PlayStation 5 is capable of, and what games of the near future are going to look like.

Based on The Matrix (obviously), this title will see you exploring the streets of New York, an incredibly photorealistic snippet of the real-world city. It’s truly a sight to behold, and that’s why we’ve had to include it on our list of best free games on PS5. Give it a try: there’s nothing to lose.

Check out The Matrix Awakens on the PlayStation Store

Want more free games playable on PS5? Check out our list of the best free games on PS4.