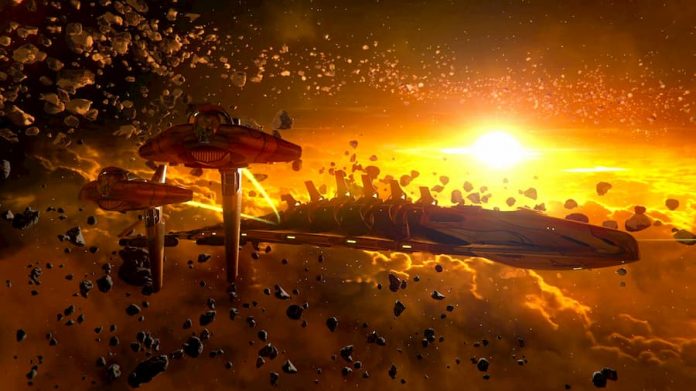 This article was first published in 2020 and has been periodically updated since.

Explore, Expand, Exploit, and Exterminate. These are the four defining points of a 4X strategy game.

For the uninitiated, this branch of strategy game is about controlling your chosen faction, developing the world around you, and dominating your opponents through any means possible. But what are the best 4X strategy games on PC? Hopefully we can help.

4X games have changed drastically over time, and expanded into glorious and varied universes, offering a multitude of strategies to best your competitors. Be it through military might or cunning diplomacy, you can come out on top playing a plethora of different roles.

If you’re looking for a new 4X game to sink your time into, we’ve rounded up 12 of the best. Each game on this list has something about it that makes it special, each worthy of your time in a different way. We have games spanning history, high fantasy and the enigmatic future of space. Read on to see the best 4X games you can play on PC right now. 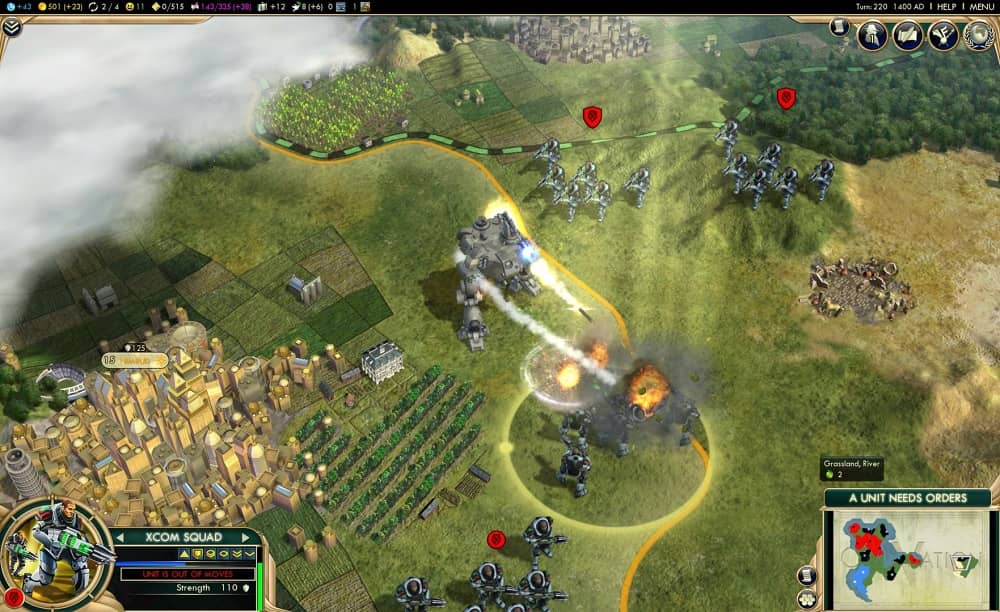 Let’s get this one out of the way first: Civilization is the grand-daddy of 4X games, and you can’t go wrong with it. You take control of a famous civilisation, taking them from the stone age to the modern day. All the while, you’ll expand your borders, develop your cities and deal with your enemies. You can win by playing to your civilisation’s advantages and using your terrain tactfully, choosing to either dominate your opponents with force or with culture and diplomacy.

Civilization V (and its DLCs) is without a doubt the best in the series, and holds up today as a shining example of the best 4X games on PC. The most recent entry, Civilization VI, is worth playing too, but it feels inferior to its older brother with less tactical variety and slightly less balanced gameplay. 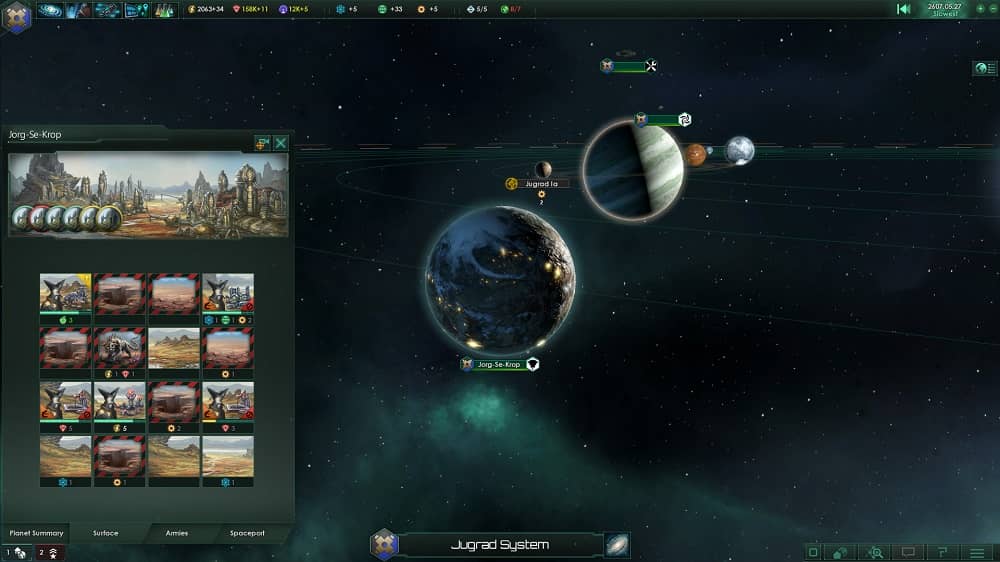 Stellaris is not turn-based like most games on this list. However, it’s still pure 4X in every sense of the term. As you start playing, you’ll find yourself preparing for space exploration with your chosen race leaving its solar system for the first time. Stellaris gives you one of the most authentic and exhilarating exploration mechanics in any 4X game as you expand amongst the stars. It feels like a true achievement when you meet the next galactic empire and become part of the community of aliens.

Not only is Stellaris one of the best 4X games on PC, it also packs in all of the meat of a juicy Paradox grand strategy game. By far its greatest achievement is that it’s much more accessible than other games in the genre, but still manages to maintain a level of intricacy, denseness and wonder that we have come to expect from its developer. 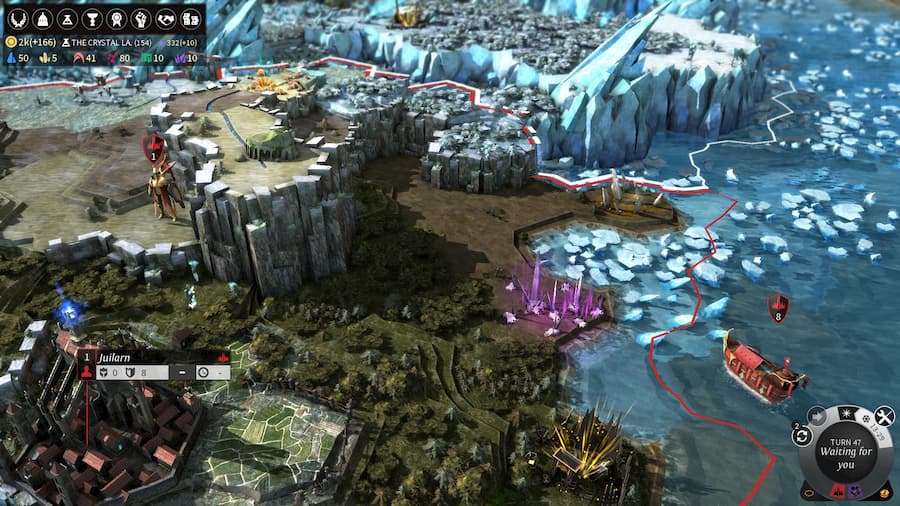 If you want to play a 4X game where each empire feels completely different, then Endless Legend is for you. It is set within its own fantasy universe with wonderfully designed and interesting races that you are able to control. No matter which race you play as, you’ll be provided with a series of engaging quests that not only grant bonuses and rewards but provide you with a backstory to your people.

Endless Legend brings role-playing story and grand strategy together like no other game on this list, making it one of the most unique 4X games you can play. Yet it still will feel very familiar to most fans of the genre who will want to build an empire in a way of their choosing. 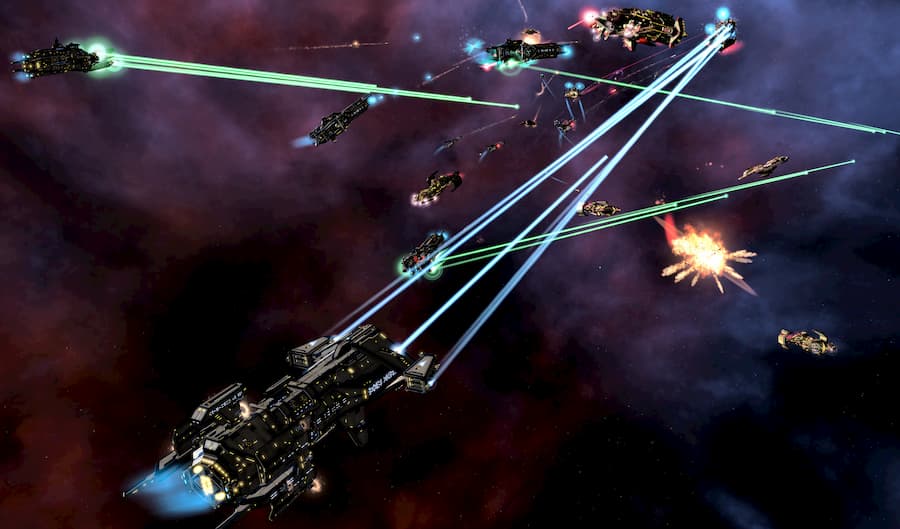 Galactic Civilizations III is another spacebound 4X game, but one that offers something a little different to Stellaris. First of all, Galactic Civilisations III is more traditional in its 4X components, being both turn-based and using a hex grid. As a result, it’ll feel instantly familiar to fans of the genre. It’s a bit like Civilization in space, which is surely no bad thing.

Galactic Civilizations III does have an ace up its sleeve, however. Its unique selling point as one of the best 4X games available on PC is in its ship designer. It’s quite a deep dive, but once you get to grips with it, it allows you to truly exploit your technology and resources to their true potential. And, of course, you get to create some truly awesome spaceships. It’s a win-win. 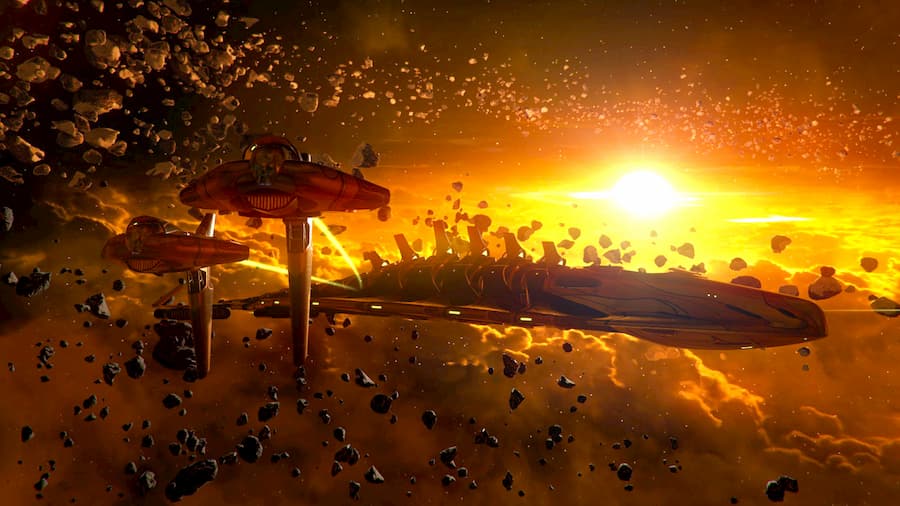 Endless Space 2, just like its brother Endless Legend, has a real interesting heart and story to it. You aren’t any generic race of people, but a truly unique race that has set its sights amongst the stars.

You will hit into the same experiences as you would in fellow space-based 4X games Stellaris and Galactic Empires III – but here, you’ll do so in a more storybook fashion. There’s an unusual level of role-playing here, but it makes for a welcoming and refreshing change. Each faction plays differently as each one has its own unique mechanics. As a result, Endless Space 2 offers up a lot of replayability as colonising a planet can be a totally different experience depending on the race you play as. That alone makes it one of the best 4X games you can play on PC. 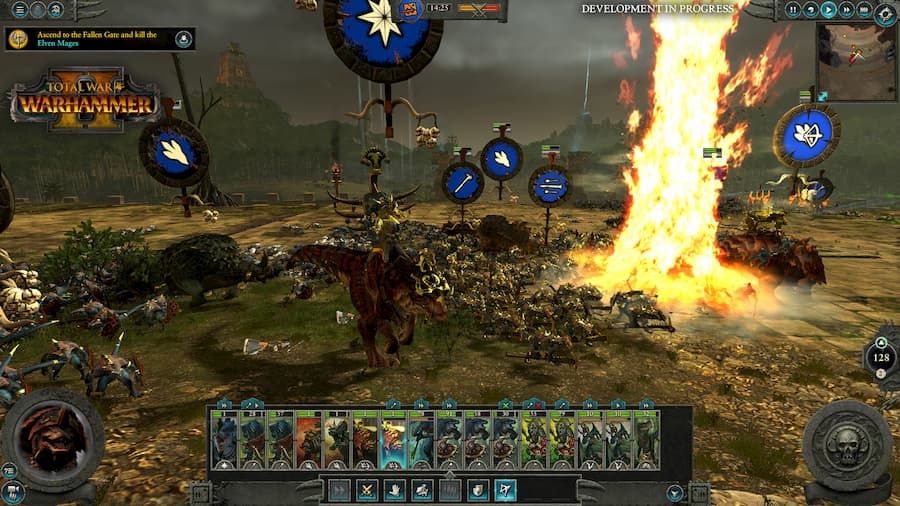 Okay, the Total War franchise may be known for its classic RTS battles, but every game in the franchise has always included a 4X overworld to dive into. These 4X overworlds aren’t just a cosmetic campaign, but an in-depth historical recreation of your chosen time period. The ability to build up your empire, fortify your forces and conquer enemies is made so satisfying in Total War games that if you are looking for a military-focused campaign then you can’t get much better than this.

From all the Total War games, Warhammer II offers the most variety of units, abilities and settings. It has a remarkable depth of characters and factions that it wondrously brings to life. If that diversity isn’t enough, you can combine maps if you own the first Total War: Warhammer, making a colossal campaign that will stay interesting for much longer. 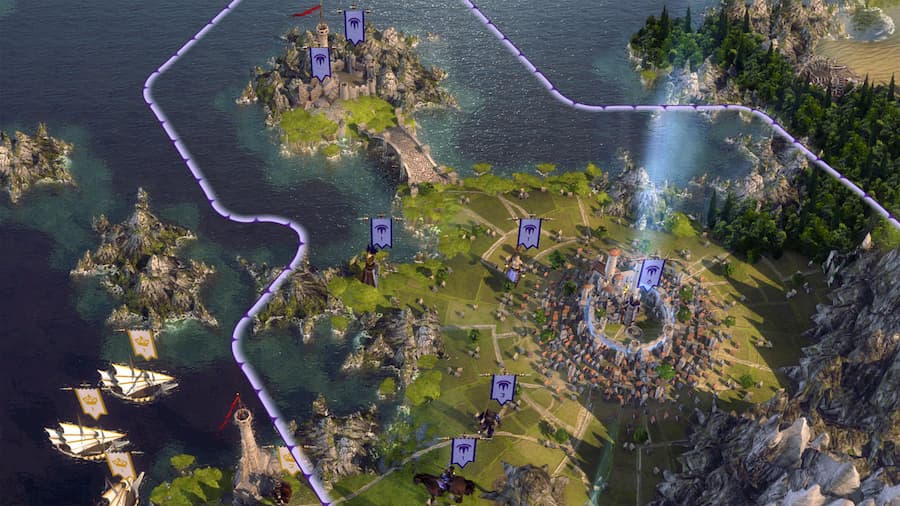 Age of Wonders III is a great high fantasy saga that provides a higher level of action compared to other great 4X games. If you’re a fan of the genre, you’ll be familiar with its classic gameplay elements, but you’ll find differences depending on which race and leader you choose.

What makes Age of Wonders III stand out as one of the best 4X games on PC is how much faster and dynamic it feels compared to some of its counterparts. The world is much more tight-knit than most, leading to a faster pace of play. Battles are also taken into a separate zone, fought out on a smaller hex grid where you are tasked with turn-based fighting with a chess-like feel. 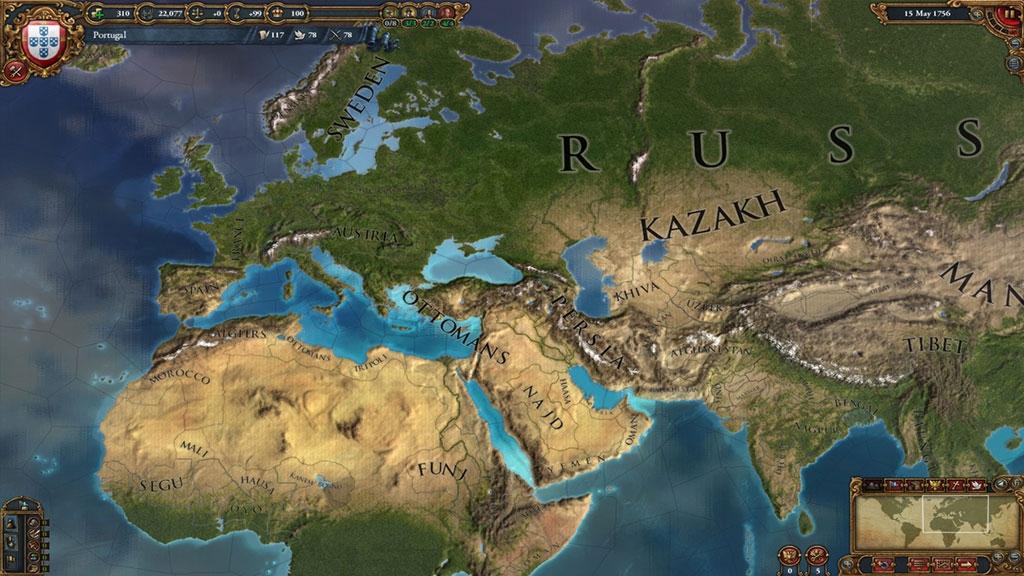 Europa Universalis IV is a brilliant game, but it’s not for the faint-hearted. Even after spending hundreds of hours with it, it still has surprises up its sleeve.

It’s set in the post-feudal era between 1444 and 1821 and tasks you with taking a country from a kingdom to a modern nation state. Its most attractive feature is its ability to take your nation in many different directions. You can expand your nation and assimilate your neighbours, build a budding trade empire and settle the new world, or rise with your allies and take control of a shared destiny. The choice is entirely yours, making Europa Universalis undoubtedly one of the best 4X games on PC.

The fantastic detail and precise history makes this perfect for fans of this period of history. However: there is the caveat that some of the best features are locked behind DLC. The Art of War and Common Sense DLC is certainly worth picking if you are willing to delve into this epic game. 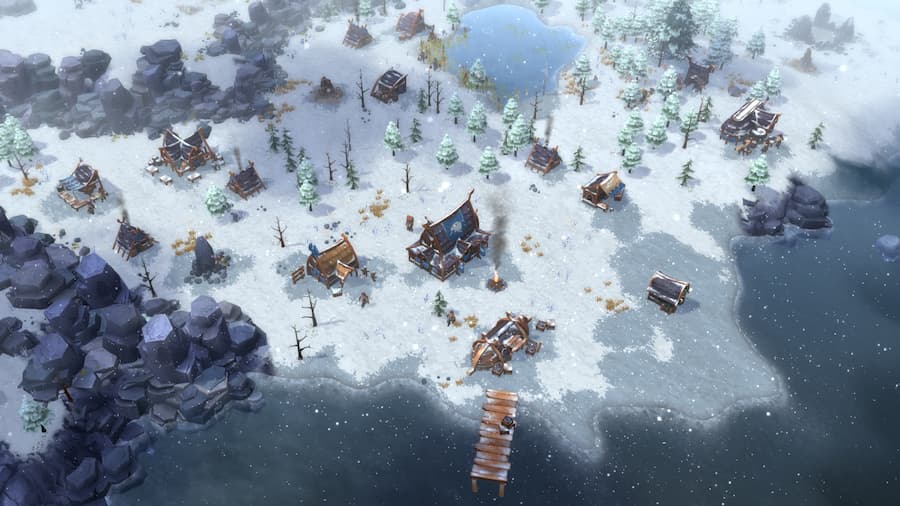 Northgard is a kind of mix of real-time strategy and 4X, set in a Nordic climate. It’s slower than most RTS games you’ll play and, like 4X games, you can win by means other than force. This hybrid style makes for a unique and engaging experience that you shouldn’t miss out on.

It would also be remiss of me to not mention the fantastical fjords and their recreation in Northgard. This is a beautiful and wonderfully stylised game that truly takes you into the seat among the great Scandinavian leaders. Its playstyle that stands out from the crowd alongside its Viking setting is what makes this one of the best 4X games that you can play on PC. 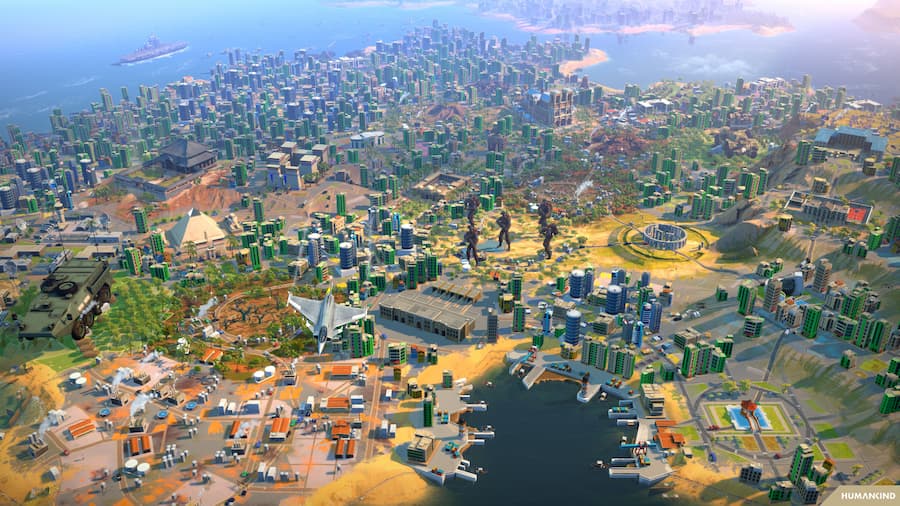 Many games have tried to recreate the success of Civilization, but few have succeeded. Humankind, however, which sees you take humans from the neolithic age through to the future, manages to do what many others have not. Yes, for all intents and purposes it’s a Civilization clone, but it’s an incredibly interesting one that’s worth your time.

Firstly, Humankind is gorgeous. It has fantastic visuals that far outshine its competitors. It will be the first thing you notice when launching the game and will keep surprising you hours on. Secondly, its early game is much more engaging that Civilization, strategically speaking. Sure, Civilization is fun and full of possibility in the early game, but Humankind encourages real decisions. This is due in part to the fact that you start as a nomadic tribe before settling. Choosing where to settle becomes a journey not a split second decision.

Considering the choice it gives you while playing and the ongoing support from the developers, not to mention how beautiful it looks, Humankind is one of the best 4X games you can play on PC.

11. The Lord of the Rings: The Battle for Middle-earth II: The Rise of the Witch-king 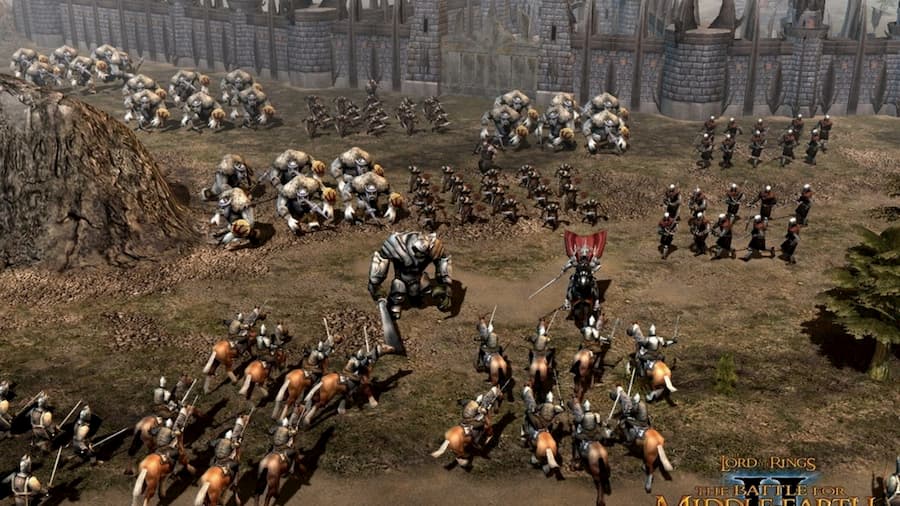 You can hear the iconic theme blasting, its horns blaring into your eardrums and vibrating down your spine. The Lord of the Rings: The Battle for Middle-earth II: The Rise of the Witch-king may not be a pure out-and-out 4X game – rather, it has a heavy focus on RTS – but its War of The Ring mode allows you to embrace your desire to control the brilliant factions of Middle-Earth.

It may be pretty bare in parts, but if you love 4X strategy, there’s plenty to enjoy here. Building up Gondor’s armies and re-establishing its once-great empire has been a dream of mine that could only truly be achieved in this game mode. And, as it’s a bit of a golden oldie now, it won’t cost you much to try out. 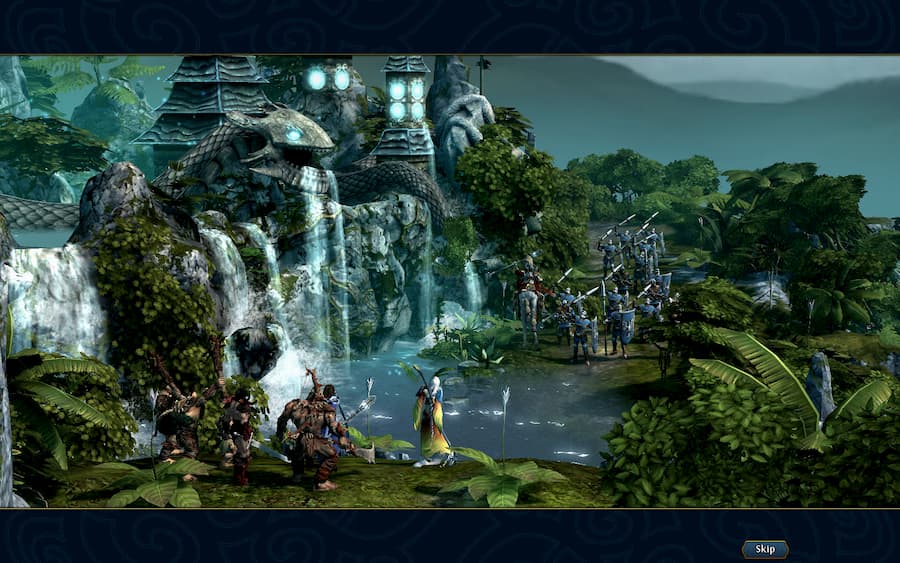 Another golden oldie, Might & Magic: Heroes VI is just as much fun to play today as it once when it released back in 2011. To be honest, nearly any game from the Might & Magic: Heroes series makes for a worthwhile 4X experience; on the whole, they’ve all been excellent. But this one is perhaps our favourite.

Might & Magic Heroes: VI is set in a fairly typical fantasy realm and gives you control over a familial town. However, instead of directly controlling your heroes and their armies, you have to influence their actions by the means of bounties and other sly tricks. You still have to manage your expansion and exploit the resources near you, but in a more sophisticated way. It makes you feel more like a true patriarch of a magical town, and there is nothing truly like it. 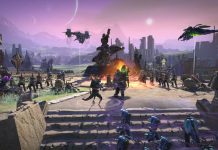 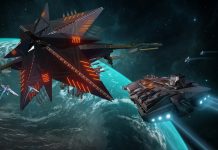 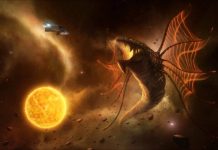 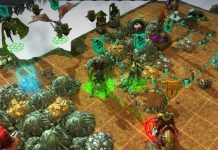