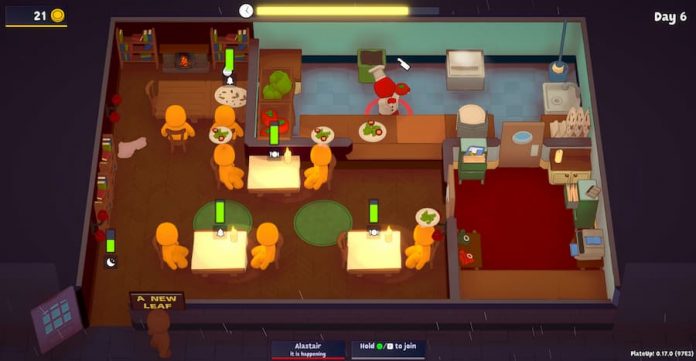 Move over, Overcooked. There’s a new chaotic kitchen in town.

Released last week from developer It’s happening and published by Yogscast, PlateUp! combines kitchen management with roguelike progression. Granted, this is more serious than the likes of Overcooked; you’re not going to find your kitchen splitting in two as an earthquake rampages through it. But that doesn’t mean things don’t get heated and stressful. Perhaps moreso here, in fact.

The pressure is on, you see: fail to deliver a meal to a customer in time, and it’s game over – back to the beginning to start again. Just one slip-up and you’re done for. And with cleaning, cooking and serving all falling to you, PlateUp! can be high pressure indeed.

The goal here is to survive through 15 days of serving. You’ll earn money as you go, allowing you to unlock new upgrades to keep things (hopefully) running smoothly. More kitchen equipment might make things easier to manage, while restaurant decorations will keep your customers happier as they wait for their delicious food to be prepared. Manage to last the 15 days, and you’ll unlock a new franchise – where you can start all over again. 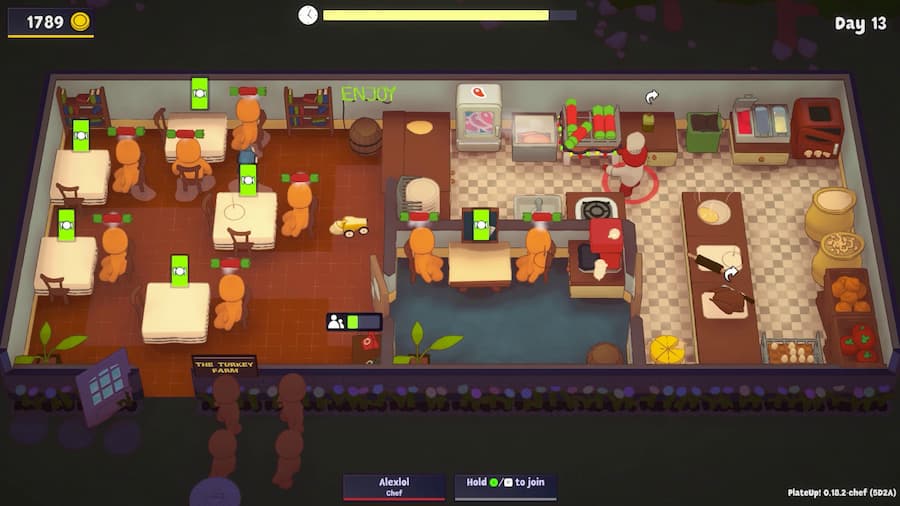 Progression is the key, then, and to last all 15 days you’re going to have to learn how to spin a lot of plates. Particularly if you’re playing PlateUp! by yourself. Keeping on top of everything is hard work, but that’s where co-op play comes in. You can have up to three friends join you, and you’ll all need to work together to keep a restaurant running smoothly.

In principle, anyway. Anyone who has played a fast-paced co-op game together knows that things don’t always go to plan if your communication is not up to scratch. Co-ordinate between yourselves, and you might have the most organised, efficient kitchen known to man. But fail to plan a strategy, and you know what they say: too many cooks get in the way of each other and chaos absolute chaos.

Although rather basic in design, there’s something charming about Plate Up!. And for those of us who grew up playing the likes of Diner Dash before moving onto Overcooked and its ilk, there’s a lot to love here. The roguelike element adds a new layer of challenge. It’s a tried and tested formula, granted, and the cycle of serving customers, cooking their meal, and cleaning away their plates has been done a hundred times before. But combined with the pressure of needing to get things right and the progression and upgrade systems, you’ve got a game that’s going to keep you coming back for second, third, and fourth helpings time and time again.

PlateUp! is available now on PC via Steam.