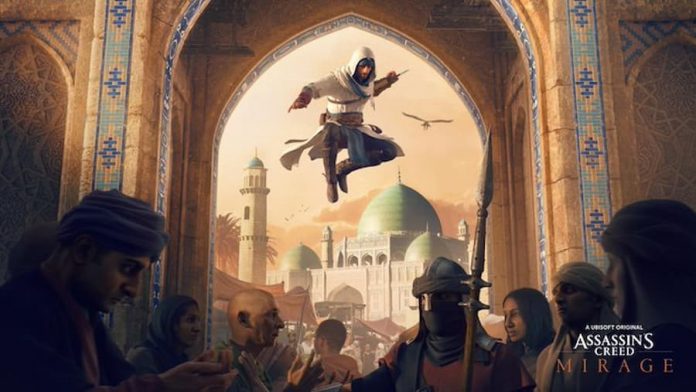 Assassin’s Creed Mirage has been lea, er announced! Yes, Ubisoft’s reveal may have had something to do with the Mirage rumours doing the rounds.

Publisher Ubisoft was probably hoping that Assassin’s Creed Mirage, latest entry in the long-running open-world stealth series, would remain a secret until September 10th’s Ubisoft Forward. But the cat’s all but out of the bag, so it’s confirmed the existence of the title.

The bad news is that it’ll have nothing to do with that G1 Transformer that turned into a Formula 1 car. Instead, Assassin’s Creed Mirage will, if the rumours are to be believed, feature Assassin’s Creed Valhalla character Basim Ibn Ishaq and take place in Baghdad. Bloomberg’s original report back in February, also suggests that it won’t be quite as expansive as Valhalla and was, initially, set to be an expansion pack.

We’ll have to wait till September 10th to find out if any of that’s true. So far, apart from confirming the name, all Ubisoft has released is a piece of Mirage art. It shows a hooded figure, who does resemble Basim, leaping into a crowd with his wrist-blade drawn. It’s certainly an eye-catching image, though stealth appears to have gone out of the window.

So when will we find out more? Ubisoft will share more information at its September 10th Ubisoft Forward. This online presentation will take place at 9PM CEST,  12PM PT, 7PM GMT, likely via Ubisoft’s YouTube channel and Twitch channel.