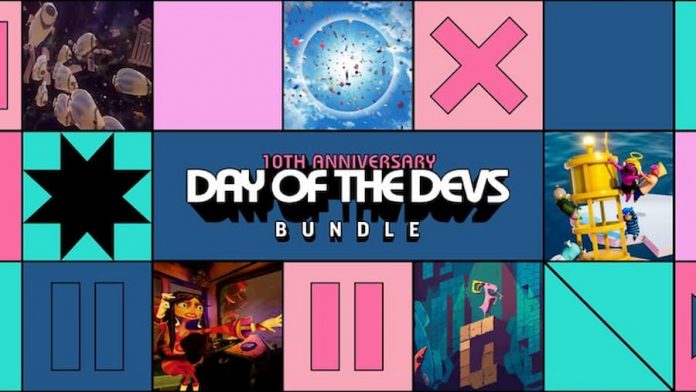 Fancy 12 games for $10? Humble Bundle’s Day of the Devs Bundle has you covered.

The Humble Bundle Day of the Devs bundle includes Double Fine’s Broken Age, which made our list of Best Point and Click Games on PS4, Psychonauts and more. Most of these titles can be played on Windows, Mac or Linux, and $10 is all you need to snap them up though you can contribute more.

If you’re wondering what kind of charity Day of the Devs is, it’s not. Day of the Devs is, instead, a convention/collaboration that supports independent developers. However, your $10 will go to support charities, World Central Kitchen and the Girls Make Games Scholarship Fund.

The former, as the name suggests, helps provide food to those in need, particularly in the wake of disasters. The latter, on the other hand, is fund that supports “scholarships for educational programs.. as well as mentorship and internships to help to support the next generation of game devs.”

So what, precisely is on offer? The titles, some on Steam, some DRM-Free, some both, are as follows:

We’ve had a lot of fun with several of these games, so this bundle represents good value, great value if you’ve never played Psychonauts or its VR cousin, Psychonauts in the Rhombus of Ruin. The odd game out is Spacebase DF9 which is ranked as overwhelmingly negative on Steam, not least because developer Double Fine essentially cut support for the game.

Aside from games, the bundle also includes the Psychonauts soundtrack, 20% off at iam8bit.com. the Double Fine Adventure documentary and a VIP pass for the upcoming November 5th Day of the Devs convention in San Fransisco.

The bundle is available till Friday Nov 4th. You can find out more from the official Humble Bundle Day of the Devs Bundle page here.