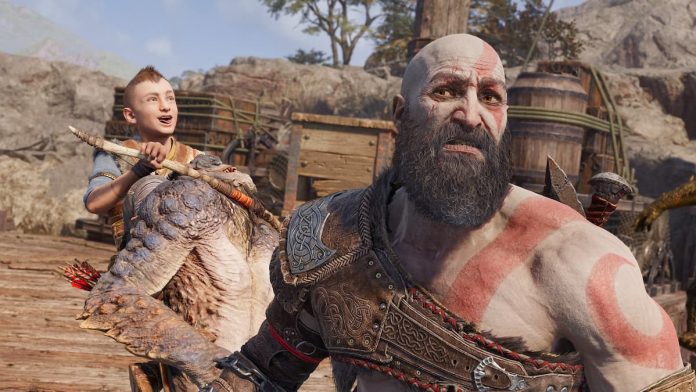 God of War Ragnarok has a new update which adds the long-awaited photo mode.

Yes, God of War Ragnarok only launched a few weeks ago but ever since this action slash-em-up was announced people have been champing at the bit for a photo mode. And now it’s here, letting you impose some genuinely ridiculous photo expressions on Kratos, Atreus, Freya, Brok, Sindri, Tyr, Angrboda, Thor, and Thrúd. That is all. You can stop reading now.

More? What, ruining Kratos’s grumpy dad image isn’t fun enough for you? Fine. If, for some strange reason, you want to do more than have the cast gurn at the camera, the photo mode contains a wealth of other features.

You can find out more on the official PlayStation Blog. We had a whale of a time with the original God of War’s photo mode,  so we’re looking forward to diving into Ragnarok’s. The game looks absolutely gorgeous, even on PlayStation 4, so there’s plenty of beauty to behold.

Or, if you want to capture the brutality of the game’s fights, there’s plenty of scope for that too. Just remember, it only counts if the Ghost of Sparta is sticking his tongue out. That’s Norse law, you know.