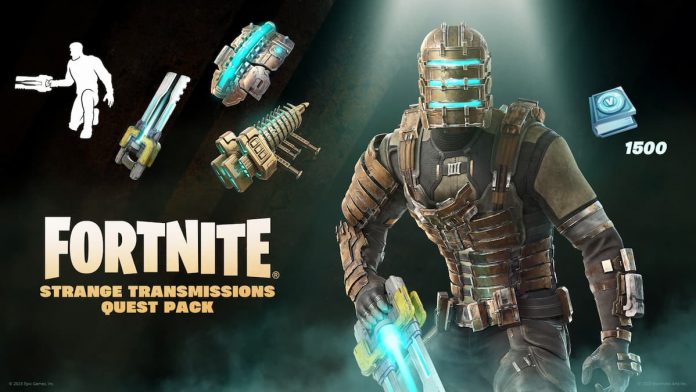 Fortnite has joined forces with Dead Space to give us an Isaac Clarke skin, available today.

We’re not sure how much money has changed hands, if any, but EA are also likely hoping this Dead Space/Fortnite crossover will serve as free advertising for the upcoming Dead Space remake. Though, like most Fortnite skins, you’ll still have to pay for the privilege of dressing as the space-based survival horror’s protagonist.

The skin, along with the RIG Back Bling, USG Ishimura Back Bling and Plasma Cutter Pickaxe are all part of the Strange Transmissions Quest Pack. The pack will, according to Epic, let you embark on quests that will let you earn up to 1,500 V-Bucks. However, the pack itself will cost you $11.99/£9.99 in the first place.

It is, admittedly, a cool outfit. That said, we’re a little disappointed there’s no Necromorph skin. We’ve not played Fortnite for a while but dressing as a Dead Space zombie would hook us back in. Sadly, there’s no Necromorph dance-off to be had. Maybe Epic are worried the game would become less child friendly with skinless, reassembled corpses running around.

Check the price of Dead Space

Is Dead Space Remake Coming to PS4 or Xbox One? 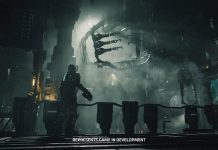 Does Dead Space Remake Have Co-Op or Multiplayer Features?

Is the New Dead Space a Remake, Remaster or Reboot? 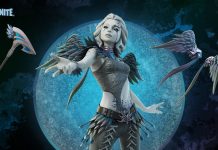