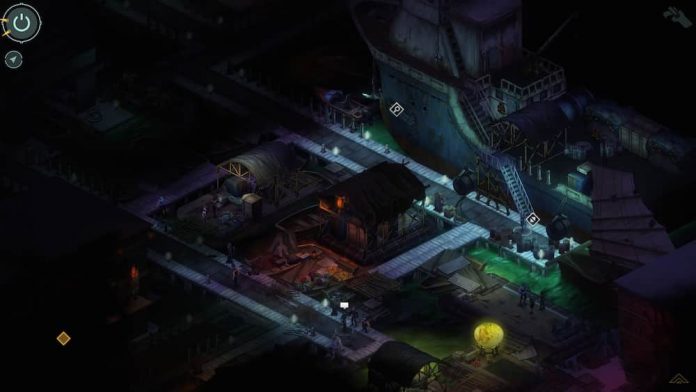 A dark shadowy alleyway. My character, Mr. X, and my three companions, stare down a group of hired thugs. They are standing between you and your goal. You draw your weapon and fire. The dust clears and you and your compatriots emerge, one step closer to completing your mission.

This is the name of the game in Shadowrun: Hong Kong. You  are a shadowrunner who has been summoned to Hong Kong at the behest of your one time foster father. This sets you on a path that will make you question everything you knew about your past and leave you hungry for a hidden truth.

As the name of the game suggests, your adventure is set in Hong Kong. The Shadowrun games have always been set firmly in the realm of science fiction as well as fantasy and Shadowrun: Hong Kong is no different. The city is dripping with the character and atmosphere of a Phillip. K. Dick novel; not only is the setting dark and oppressive, but a part of Hong Kong – the Walled City – is almost a character unto itself. It is a constant presence in the game, finding its way into the story at every turn. The whole aesthetics of the city are stunning, actually. The graphical style of the game fits the mood it is trying to convey perfectly; you feel like you are playing out a graphical novel. The sound design only adds to this: picture Max Payne in China. An oriental flare persists in an otherwise sombre, electric/orchestral score that is interspersed with the hustle and bustle of everyday life.  There is no mistaking that this is a game meant for a a mature audience. Behind this foreboding nature is Qi. Qi is a fact of life in Shadowrun: Hong Kong and the way it is explained in the game is almost identical to how someone would view Qi in real life – spiritual energy that is present in everything (this is in a general sense). Qi actually plays a small part in gameplay too. Magic users, both friendly and not, are effected by Qi. The effect depends on the type of Qi present, which is either positive or negative. One mission has the player actively disrupting the flow of Qi in an office, bringing the game mechanic into full effect.

If you have played any of the previous games in the series then you will be familiar with how the combat works. For those who haven’t played the previous entries in the series, the game I would equate it to is Xcom. Before you enter a mission, a party selection screen comes up, allowing you to choose who comes with your character. You have the freedom to choose who you wish and can even hire mercenaries to mix up your play style even more. The character selection process, whilst simple, requires you to think tactically. As with most RPGs there is more than one way to tackle an objective, so a good team balance is essential. For example, having a team that consists only of assault rifle users allows the player limited options on how to approach a situation. Once a team has been selected and the combat starts, the game boils down to one of four options: attack, move, use item, use environment. These actions are done at the expense of action points (you begin with only two at the start of the game). There are too many options for me to cover here, but suffice to say you are never lacking for options in a fight. And what’s more, due to the deliberate nature of the combat, every move, every turn feels like it has a real effect on the battle. The fights themselves are punchy and brutal, too; there is a distinct sense of joy you feel when you cut down an opponent with your cyber claws, or blow them to pieces with a well-placed grenade toss. The fighting never gets stale, with most encounters lasting no longer than 10 minutes, and better still, you leave the battle wanting to dive into another.

A new addition to the Shadowrun series, cyber weapons are melee-based enhancements for the player, obtained and levelled up using Karma, the game’s experience points system. In my playthrough of the game I decided on a melee-based class, so the cyber weapons fell right into my ball park. Each weapon provides its own abilities, and each has its own pros and cons, much the same with any weapon. I liked that it didn’t detract too much from other styles of play, forcing you to have them, but at the same time I saw no point in using traditional melee weapons when I unlocked my cyber upgrades. Finally, the dialogue. I cannot describe how much I loved the dialogue in Shadowrun: Hong Kong. From Is0bel’s standoffish demeanour to Kindly Cheng’s evil but soothing tone, every conversation felt visceral, grounded in the world. The way the dialogue is presented paints a picture of every scene in the player’s head, thanks to its descriptive nature as well as the amazing character portraits that accompany the conversations. Compounding on this is the etiquette system, which gives unique dialogue options depending on the situation. For example, choosing the socialite etiquette gives unique options in social spaces. Unique dialogue options are also unlocked if certain karmic requirements are met (having level five in decking for example).

Shadowrun: Hong Kong is without a doubt one of the best games I’ve played this year, and if you are looking for that next brilliant RPG or have a love of cyberpunk, this game is essential to your collection.