It’s a sadistic thrill, silently killing a man holding a tray of food, taking his clothes and walking into the building where your target lurks. I remember him sitting in the dining area waiting for a soup he’d just ordered, so with my outfit on I was able to casually saunter into the kitchen, murder the cook, dump his corpse in the fridge to chill, don my chef hat and look to make my target a ‘wholesome’ meal. I rifled through a bunch of pills stashed away in a little compartment and poured a large dose of laxative into his delicious treat. I plopped the dish in front of him and retreated into the corner of the room as I surveyed my target from the shadows. After a couple of minutes he excused himself and rushed to the toilet. I followed him into the bathroom a few seconds later, kicked open the lavatory door and smirked as he squirmed in his seat. I aimed my iconic silver-baller to his head and squeezed the trigger.

Hitman games provide moments of twisted brilliance, allowing you to walk right up to your target in broad daylight and shake his/her hand – before throwing them off a balcony –  if you wish. You’re always wary of the conversations around you as they might open up new avenues and suddenly give you access to an area you hadn’t discovered before. There’s so many layers to the gameplay, it feels like an organic puzzler as you react dynamically to events going on around you, adapting your style to suit your surroundings and announcing “Oops” a little too loudly as you make it all seem like an innocent accident.

The next Hitman promises a whole world of next-gen assassination and I can’t wait for the return of Agent 47 and his shiny, bold head.

I spent an absolute age in Terraria with a bunch of my friends, building fortresses, phallic statues and doing pretty much anything because Terraria lets you do that. It was definitely the most addictive and fun experience I’d had last year; no other game reduced us to living in such squalor as we mined and mined. That’s why Terraria: Otherworld is so high on my list, because I know that it’s going to increase the number of laughs per minute and give my friends and I more of the game we love, but with a ridiculous amount of fresh content to discover and experience. The prospect of questing, tower-defense and even more fishing has me drooling on my keyboard… 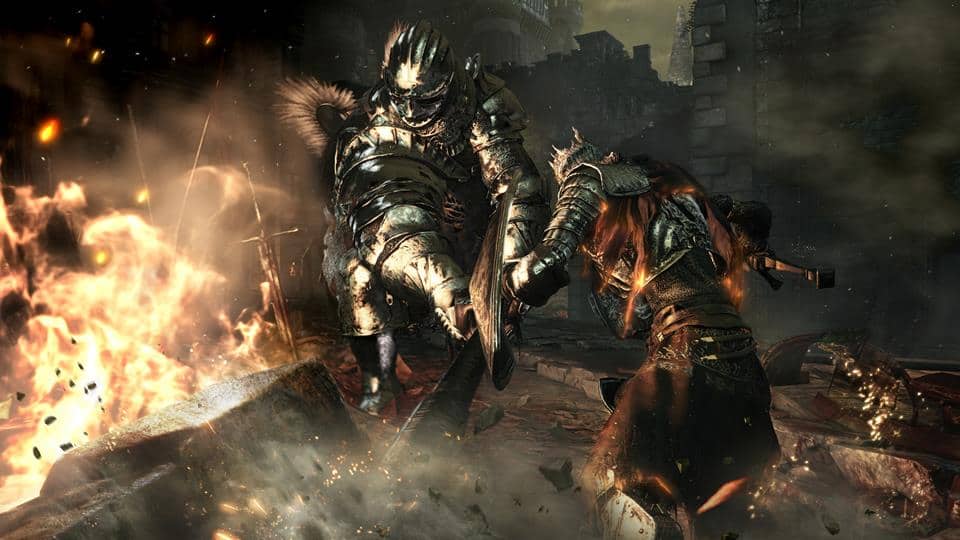 If you know me, you knew this was coming.

FromSoftware released the amazing Bloodborne last year and having played it and loved it, I can safely say that I’m not worried for Dark Souls 3. It built upon what makes Dark Souls so great by stripping it down to its fundamental components. It took the combat and made it fast and visceral. It took the dark tone and bumped it up a few notches, giving us a wonderfully realised Gothic world to explore. And it also contained more than enough mystery and intrigue in its narrative to keep the theory-crafters digging for clues long after seeing the credits. It was such a polished production and although it’s so dreadfully cliché to say it, it embodied the heart of the Souls series, giving us a terrifyingly raw, relentlessly punishing and immensely detailed game. Dark Souls 3 looks to benefit from Bloodborne‘s existence because we can already see that many elements have been incorporated into its design. The pace is faster, there’s a more Gothic feel, and the verticality is back.

Who else is back? Hidetaka Miyazaki baby. Meaning that Dark Souls 3 is a game that’ll be handled by him, almost like a Solaire statue which’ll constantly be chipped at, added to and worked on, to the point where it’s reached perfection. I imagine he won’t rest until it reaches the desired standard, constantly referring to feedback from previous Souls games in order to craft the ultimate Souls experience. Perhaps it won’t be ground-breaking or a giant leap forward, but this isn’t what the game needs. It needs fine-tuning, subtle refining and a gentle push back in the right direction.

From the magnificent gameplay I’ve seen, I think we’re in for a controller flinging treat.

What games are you most looking forward to this year? Let us know in the comments below!