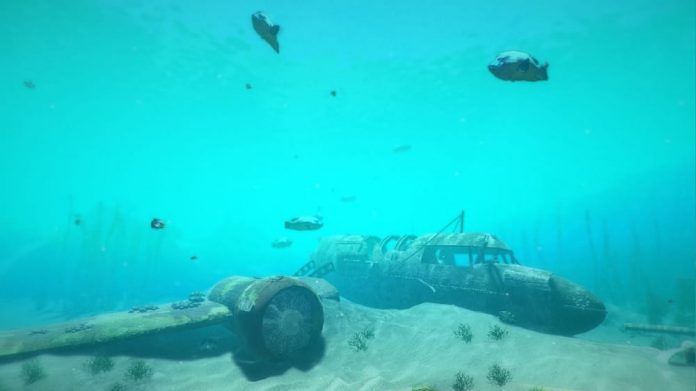 You wouldn’t catch me dead in the ocean. Well, not unless I’ve slipped through the justice system in Dexter that is. In the past few years, there’s been a resurgence of exploration games based underwater, and though they can sometimes scare the hell out of me, I can’t help but enjoy playing them.

I suffer from thalassophobia, which is essentially a fear of the ocean, As usual with any kind of phobia, its severity can vary from person to person, and luckily my case isn’t as severe as it could be. Despite this phobia however, I love playing games based underwater. I also watch documentaries made for television and film on marine life; Blue Planet or Blackfish for example. Occasionally, I’ll get a shiver run up my spine when watching some of them, especially upon seeing a Goblin Shark, Frill Shark or the size of a Blue Whale.

“As scared as I am by the ocean, I find it infinitely fascinating, fuelled by the fact that we as a species have discovered only 5% of it”

Here’s the thing. As scared as I am by the ocean, I find it infinitely fascinating, fuelled by the fact that we as a species have discovered only 5% of it. In that 5%, we found hydrothermal vents, a habitat scientists and marine biologists thought impossible to be home to any life, yet it was teeming with organisms. There are a lot of species believed to be extinct, but who is to say they aren’t hiding in the black depth below in that 95% we haven’t seen? It baffles my mind that we have explored so little of the ocean, considering it covers 71% of the Earth’s surface, with depths known to be a larger distance than the bottom of Mount Everest to its highest peak. This all creates the age-old fear of the unknown; we have no idea what else could be lurking in our oceans. It’s what fuels the fascination with the Loch Ness Monster, and the rather farfetched belief there could still be a living Megalodon. Considering we’ve seen so little of our ocean and some of what we’ve seen so far is f&!*ing terrifying, who knows what else could be down there.

So recently, video games have tackled exploring underwater environments and they too can be fascinating – even more so if set on another planet à la Subnautica. Underwater exploration games allow the imagination to run wild – Subnautica most of all – some even giving you the freedom to create any marine life you could come up with. Others, like World of Diving, attempt to simulate a more realistic diving experience and include marine life that we all know. Another underwater game, FarSky, sits inbetween Subnautica and World of Diving in terms of realism; it features marine life we’ve never seen, but closer to the surface it’s more conventional with species we know all too well about. World of Diving, FarSky and Subnautica are the three games that I’ll be looking at most of all. 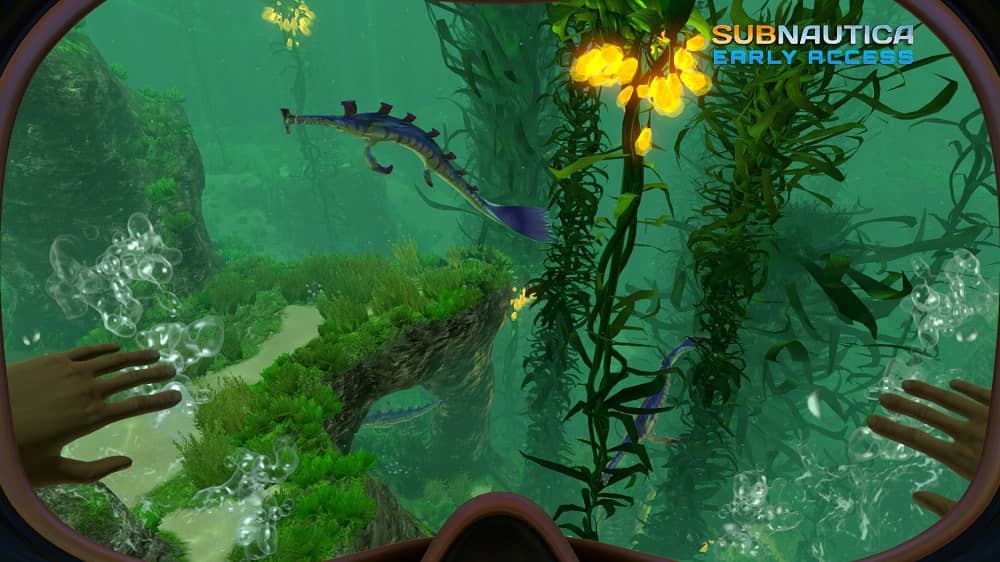 What intrigues me about my love and fascination of these games is that generally I hate the horror genre – I’ve never understood the want to scare yourself or experience an emotion with negative connotations – yet here I am choosing to play a game with a concept that genuinely frightens me. Why would I choose to be scared for these games, but not others? I believe it’s because I find the sea so fascinating and terrifying at the same time; I want to know what’s out there, and these games allow me to do that without having to go anywhere near the ocean in real life. Before I talk about the exploration games I’ll mention the “kill all the sharks” games like Depth and Shark Attack Deathmatch 2. These tend to rely more on jump scares from sharks charging at you or appearing over your head. As terrifying as that is and as often as it can happen, it feels like a cheap way to create tension in an underwater environment. With exploration games, it’s more about what you might find, and what that odd silhouetted shape is in the distance – instead of sharks just flying towards you left, right, and centre. Better shoot them there sharks, hilariously with underwater assault rifles in Depth.

World of Diving is both the least fascinating and least impressive of the three exploration games I’m looking at. It doesn’t really affect me in any way. For me, FarSky and Subnautica both have an initial phase where I have to steady myself and get used to the sound design, feel, and look of them before I feel safe enough to venture into the unknown. World of Diving on the other hand is extremely lifeless; there’s barely any sound, bar a few bizarre barks from a dolphin if you’re on a level with them. It’s not just the sound though: fish are swimming into metal walls on shipwrecks – the underwater equivalent of enemies running into walls. There’s no tension or trepidation to exploring in World of Diving, except for when you see your first shark, but even then they are so poorly textured that they look more like a rubber inflatable shark. I suppose World of Diving is better to have a serene experience with; it’s just a bit of a letdown for someone looking for more intrigue in the exploration aspect.

“I stupidly jumped off a cliff into the pitch black to face what lie at the lowest depth of FarSky, making the rookie mistake of closing my eyes… needless to say, it took me a good few minutes to calm down, stop hyperventilating and get feeling back into my face”

FarSky and Subnautica add survival elements to the underwater exploration experience. Both require you to be very mindful of your oxygen supply and hunger levels, and Subnautica requires you to keep well hydrated on top of that. Both games also contain hostile marine life, resulting in scaring the heck out of me, none more so than FarSky on one occasion. I stupidly jumped off a cliff into the pitch black to face what lie at the lowest depth of FarSky, making the rookie mistake of closing my eyes. When I opened them, a creature was swimming directly towards me. Needless to say, it took me a good few minutes to calm down, stop hyperventilating and get feeling back into my face.

The first time I jumped off the escape pod into the sea in Subnautica I was petrified. I was wearing a 7.1 surround sound headset and the sound design for Subnautica does a great job of immersing you in your environment.  There’s a lot going on; lots of chirps, snaps, and groans that all made me feel so uncomfortable that I had to take off the headset and go back to regular speakers. What exacerbates Subnautica’s fear of the unknown is that at first, you have no way to distinguish between friendly and hostile faune because this is alien marine life. Upon seeing anything new – which is impressively frequent in Subnautica – you approach extremely cautiously, or in my case, don’t approach at all. “Nope, don’t know what that is, just all the nope.” Subnautica is without a doubt my favourite of the three, and it’s still in Early Access with so much more promise to come. You only need to go to developers Fox 3D Studios’ Sketchfab page or Trello to see what’s still to come and the extra marine life they still have to put in the game. I’m genuinely scared to come across some of them, but the design is so impressive. 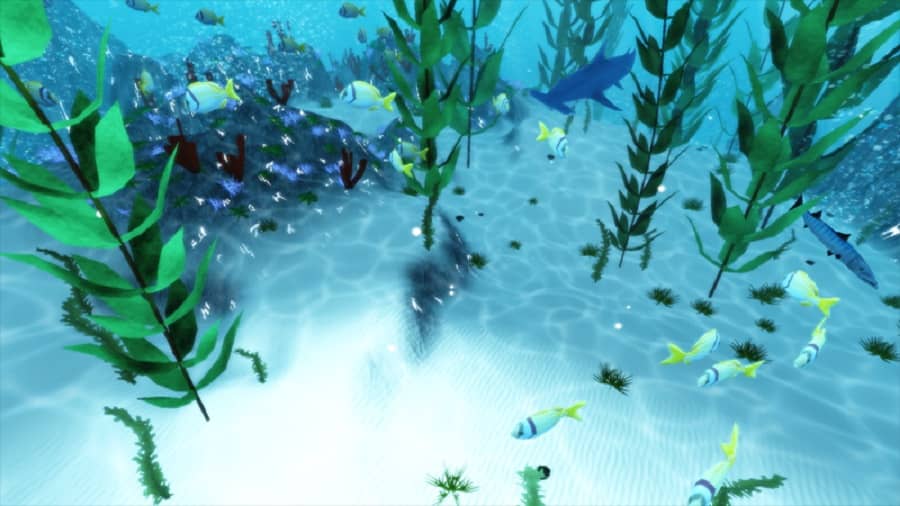 In spite of my phobia, after I’ve been playing any of these games for a while I’ll start to feel comfortable in the environment. Just like when your Mum says “you’ll be fine once you get there”, you just need some time to familiarise yourself with your surroundings and relax. I’ve heard of people with a fear of the ocean eventually being comfortable and relaxed when they actually plucked up the courage to go into the sea; after all, they do say the best way to fight a phobia is to face it head-on. In the case of Subnautica, it helps that you eventually get a huge submarine, which meant I could safely approach bigger creatures and swear at them from the safety of my giant metal container.

Everyone always tells me that with horror films or games, it’s the adrenaline and excitement you feel that makes the experience so great. I couldn’t disagree more; there’s no excitement for me in scaring myself – it just makes me feel uncomfortable until I turn it off. However, with underwater exploration games, it’s a different story. Yes, the idea of being underwater does frighten me but I’m so intrigued and interested by the premise, by the environments I can explore, that I can be totally engrossed by them, to the point that my initial fears subside – until I fall into the black depths and come face to face with some undiscovered sea monster, that is.

Subnautica and FarSky – and others like them – are games that I’ll continue to revisit, as my fascination with the sea won’t fade any time soon. I’m constantly on the lookout for new underwater experiences, and with the imminent commercial release of virtual reality, that ability to immerse myself in the frightening unknown will only get greater. The idea of facing the underwater depths in VR is terrifying – but I can’t wait to experience it. 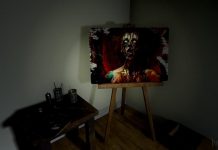 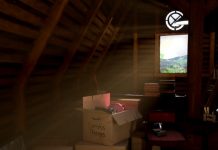