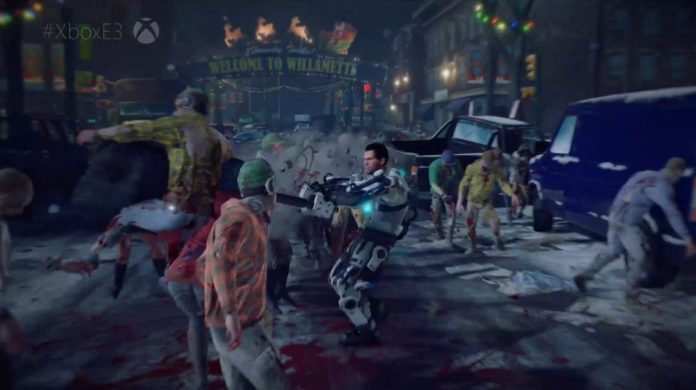 Though promotional art for Dead Rising 4 had been leaked earlier last week, we weren’t 100% sure that it was a real thing. Well today at E3, Microsoft’s event confirmed Dead Rising 4 is very much a real thing, and on the way to Xbox One and PC this holiday 2016.

Since Dead Rising 2, a massive focus has been placed on combo weapons. Dead Rising 3 took the humour and creativity of these weapons even further, by adding the ability to create custom vehicle designs, all with various and hilarious weapon systems attached.

Dead Rising 4 seems to take all of this humour, mix it with the mid-2010s culture of Hashtags, Twitter, and Selfies, and runs with it to see what kind of Christmas inspired nonsense and hijinx the game can roll with. Gallery below.