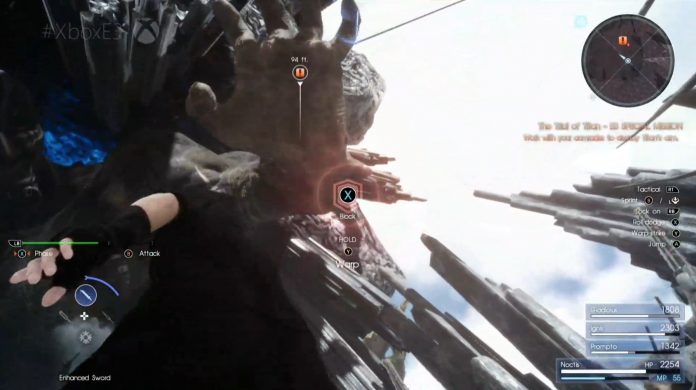 Well my life is officially complete. Alongside every other Final Fantasy fan around the world, I’m sure we all feel unanimously the same; FFXV will be epic beyond measure.

On stage, a live-gameplay E3 exclusive mission was shown off, of the Titan summon in game, being taken out by Noctis and his group. Noctis has to hold off against the Titan, and block his attacks until his crew assist him in freezing the Titan’s arm with Blizzara, and smashes his arm apart.

Final Fantasy XV will be out September 30th. Read our impression of the Platinum Demo here.