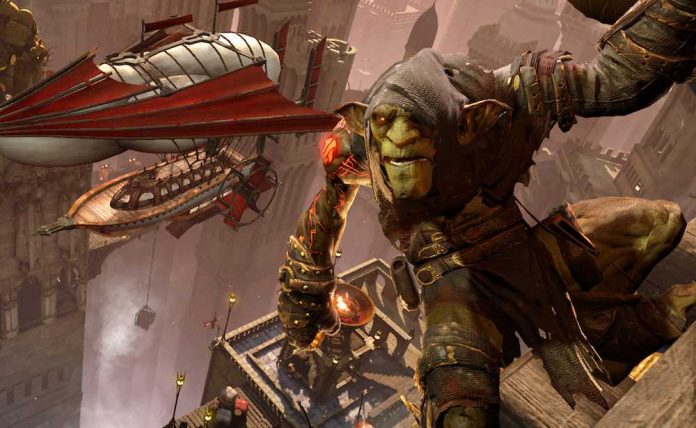 Stealth game, Styx: Shards of Darkness, is set to release next month and its marketing continues to hit it out the park. The latest trailer details the making of, and character, of the eponymous goblin Styx.

Various members of the development team – including level designer, Julien Desourteaux, and animator, Marie Duponchelle – take us through what exactly makes Styx the scoundrel that he is – interspersed with new cinematics and gameplay.

Overall, it seems Styx will be even more good-for-nothing than he was in 2014’s Styx: Master of Shadows – or the earlier Of Orcs and Men. Now making various gibes directly towards the player when they get caught or die, as well as acting as general nuisance to both friends and allies alike.

With only a few weeks left until release, Shards of Darkness is looking to be everything we wanted in a sequel to the good-but-not-perfect earlier game. The team have also previously released two, lengthy gameplay demo’s if you’re wanting to get an extended look at the sequel’s improvements.

Styx: Shards of Darkness is set to release March 14 for PC, PS4 and Xbox One.