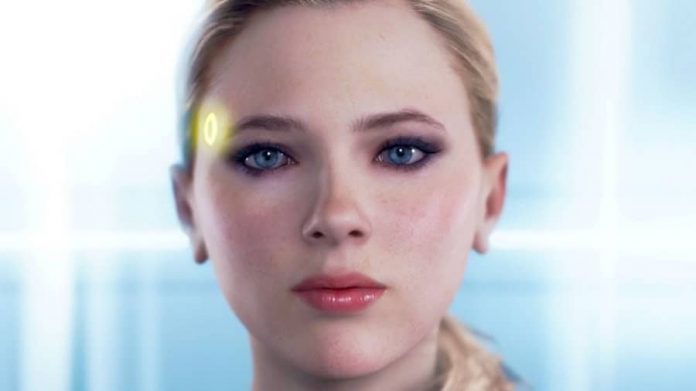 Did you free Chloe, the android who hangs around the main menu in Detroit: Become Human, but are missing her? Here’s how to get her back.

Once you’ve completed Detroit: Become Human, you’re given the option of freeing Chloe, the hostess android who greets you when you first run the game. She hangs around the menu offering the odd aside, but should you choose to free her she’ll disappear, leaving you with a mostly empty menu screen.

Some Detroit players, however, have complained about her permanent absence and as a result, Quantic Dream has given you the option to get her back. Here’s how to do it.

Make sure Detroit: Become Human is up to date

Before you can get Chloe back, you need to make sure you’ve got the latest patch for Detroit: Become Human. It’s currently at version 1.05. To check if you’ve got the patch, hit the ‘options’ button when you’re over the game icon on the PS4 menu screen, go to ‘information’ and see what version you have. If you don’t have version 1.05 or above, you’ll need to get the patch.

To get the patch, just connect your PS4 to the internet and try to play the game. You’ll be informed that a patch is needed. Wait for the patch to finish downloading before you play. (And, just to be sure, use the options button from the Playstation menu to close the game.)

If you don’t have access to the internet, your only option is to delete your saved game and start all over again.

How to get Chloe back

Once the patch has been installed, launch Detroit: Become Human again. You should be presented with a screen asking you if you want to purchase a new Chloe android. The game states this is a one-time offer – and it isn’t kidding. If you decline, you won’t be offered the option again and you’ll be stuck with a blank screen.

But if you accept, Chloe will return to your menu screen as if nothing had happened. Quantic Dream claims she’s a different Chloe, so you’ve not shoehorned her back into slavery. This does devalue the decision the game originally presented you with (whether to free or keep Chloe); but if you did free Chloe and want her back, you now have that option. You monster.