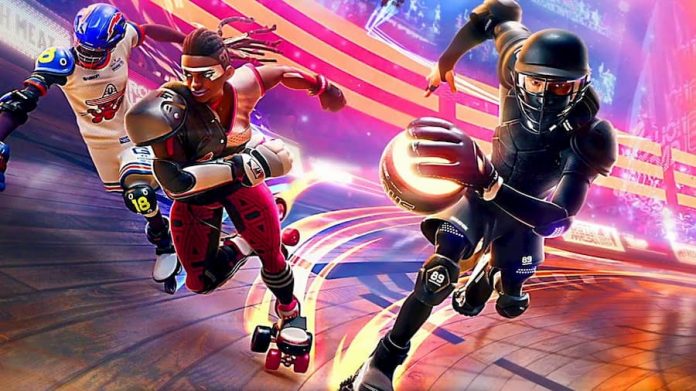 One of Ubisoft’s more unusual announcements from E3 2019 was Roller Champions: a 3v3 multiplayer game based on roller derby.

It had already leaked prior to the announcement, so it didn’t come as much of a surprise. However, what was a little more surprising was a demo of the game that dropped instantly on Uplay, Ubisoft’s PC game launcher. The demo has been live since Monday, and will remain live until 9pm BST tomorrow, Friday 14th June. So log into Uplay in the next 30 hours and give this thing a go for yourself.

I’m not typically one for multiplayer games; I’m not a competitive person, but I’ve heard a lot of good things and wanted to give it a go. Overall, Roller Champions is shaping up to be a lot of fun, but it needs quite a bit of work to make it the top-tier title it ought to be.

In terms of gameplay, Roller Champions plays buttery smooth, and rollerskating around the playing arena is a lot of fun. Holding the right trigger is all you need to do to move, instantly gaining momentum. You can jump with a press of A, tackle with X, and throw or request the ball to be passed to you with Y. In terms of controls, it’s pretty easy to get the hang of.

In the demo, the only tutorial is a quick two-minute video that goes over what each button does, and the basic rules of the game. There’s no in-game tooltips to help you out, but presumably a more advanced tutorial may be available in the full game. It’s always helpful to be able to learn the ropes as you go as it’s easy to forget something when all the information is just thrown at you in one quick video. 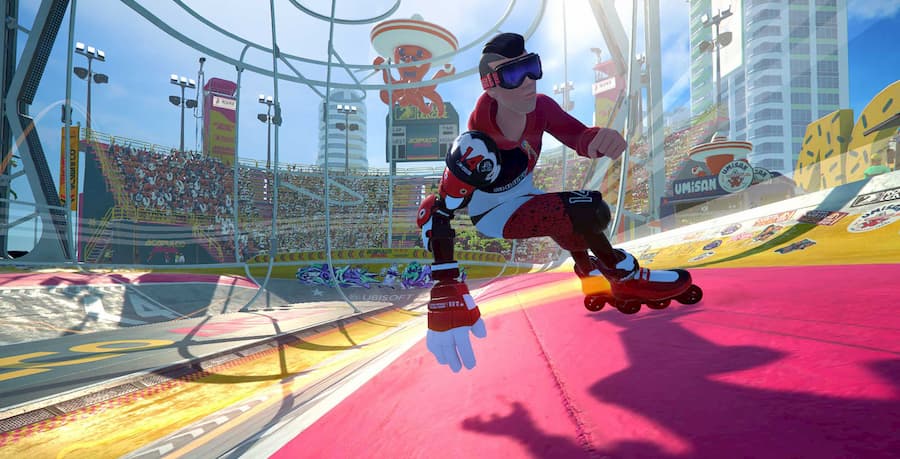 The action in a match is pretty frenetic. Matches last no more than ten minutes, but if a team scores five points, they instantly win. Points are scored by keeping control of the ball and scoring a goal after completing a full circuit of the arena. Throw the ball through the goalpost after one lap, and get one point. Two laps will get you three points, and three laps will get you five (and will win you the match). Of course, while you’re doing that, the opposing team will be trying to take the ball out of your control by tackling you. To be successful, you need to be skilled at manoeuvring the playing field, and make use of the pass function to pass the ball to your teammates who may be in a better position.

After a couple of matches, it’s pretty easy to get the hang of, but there are a few things that Ubisoft could do to help players out. When you’ve got the ball, you need to run around the track in an anti-clockwise direction in order to score. There are arrows on the floor to point the flow of direction, but they’re not all that obvious. Highlighted by the fact that, in my first match, my teammates continued to run in the wrong direction every time they had control of the ball. (Needless to say, we lost that one pretty badly.)

There isn’t much in terms of a heads-up display, but some choice indicators and pop-up messages wouldn’t go amiss here. An indicator when you’re running the wrong way would be useful. It’s also not made clear at the start of a match what colour team you’re on, which is of course useful to know. 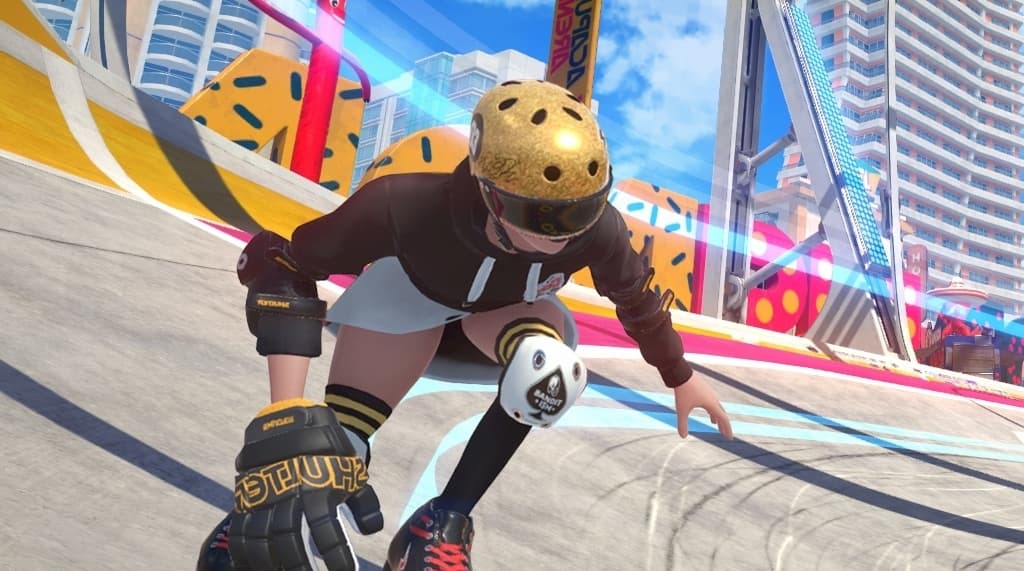 In terms of visuals, Roller Champions is a delight. It’s bold, bright and colourful. It’s instantly eye-catching; the type of game you can’t help but smile as you play. On my work PC, equipped with a lowly GTX 1050, it ran smooth enough on ‘high’ settings, although a higher framerate obviously wouldn’t go amiss on a game like this. It’s got a great soundtrack too – uptempo pop tracks that pack in a lot of energy. The matches themselves have no music though – simply the ambience of the game itself. Music in the background wouldn’t go amiss to help keep spirits up.

What’s included in the demo is pretty barebones. There’s only one area to play in – the hyper-colourful Acapulco – and extra features (leaderboards, customisation) are locked out in the menu. There’s some kind of levelling system in that you gain ‘fans’ after every match. Exactly what these fans will equate to is yet to be seen, but it’s nice to know there’s some kind of progression system.

Exactly how well Roller Champions does on its full release will depend on how much content and progression there is. But even with just one arena to race around, the gameplay itself is fun enough to sustain players for a few hours. In the long term, though, there needs to be plenty of locations, customisable match options, and a beefier tutorial. It’d also be great to see some kind of single player career mode in there too, but as a free-to-play title I have a feeling this will be a strictly multiplayer-only affair.

Still, if you enjoy a bit of colourful competition, Roller Champions is well worth keeping on your radar. You’ve got until tomorrow night to give the demo a try. It’s set to release in full early next year.