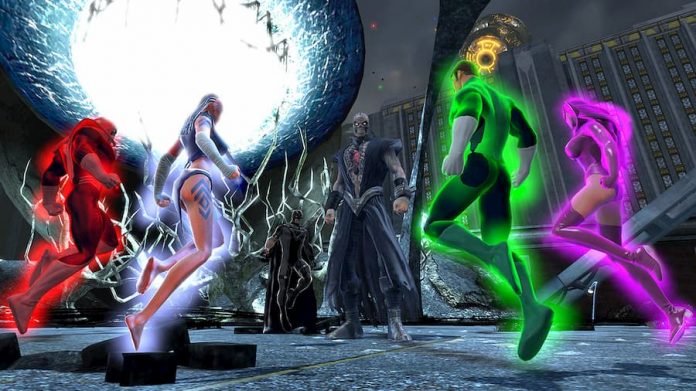 Switch owners are now able to join such iconic heroes as Superman, Batman and Wonder Woman in DC Universe Online, the free-to-play MMO that lets you be your own superhero or villain.

The Nintendo Switch will now let you play DC Universe Online on the go, including access to over 30 DLC episodes that have come out since the game’s initial release in 2011.

Developer Daybreak Games also has plans to release two new episodes later this year, based on the Dark Nights: Metal comic series. Part 1 is due to be released in September and Part 2 should be coming in December this year.

While most MMO games usually use a fantasy or sci-fi setting, there aren’t a huge number of massively multiplayer games that are based around superheroes. As such, being able to enter the iconic world of DC is a big selling point.

DC Universe Online not only lets you ally with the beloved heroes of the DC Universe, but also lets you team up with The Joker, Lex Luthor and other classic supervillians as you develop your own custom superpowered avatar. You are also able to explore all of your favourite locations from the DC Universe, such as Gotham City, Metropolis and the underwater world of Atlantis.

So all you Switch players who always wondered what they would be like as a superhero, this is the game to get. It’s free to download from the Nintendo eShop right now.