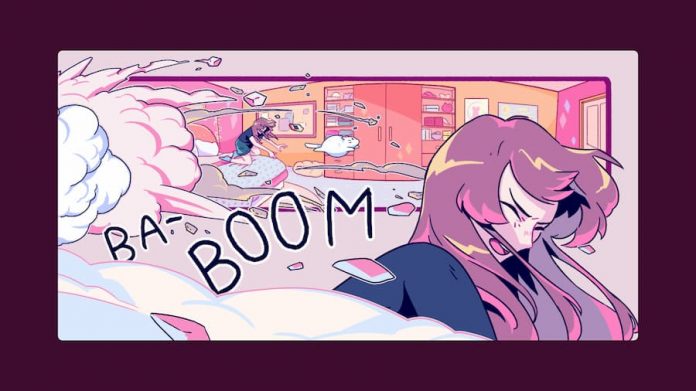 I would die for my cat and so would the protagonist of Super Crush KO.

That’s basically the concept Super Crush KO, after all. You play as a young woman named Karen with impeccable hair and an amazing fashion sense as she fights hordes upon hordes of deadly robots to try and get back her feline friend, Chubbz. So zip up your neon jacket, do some stretching and get ready to kick some shiny metal butts.

Super Crush KO is equal parts brawler and run-and-gun. As you proceed through the levels, Karen will pick up a variety of moves to help her defeat the incoming robot hordes. Starting with just her powerful fists and a laser gun, it isn’t long before you pick up super moves in the form on delicious snacks.

The “pretzel twister”, for example, gives Karen the ability to perform a twisty ground move that hits multiple enemies. The “popcorn” move lets Karen perform a multi-blow hit while in mid-air. The further you progress through Super Crush KO, the more of these special moves you’ll unlock, making Karen an unstoppable force to be reckoned with. 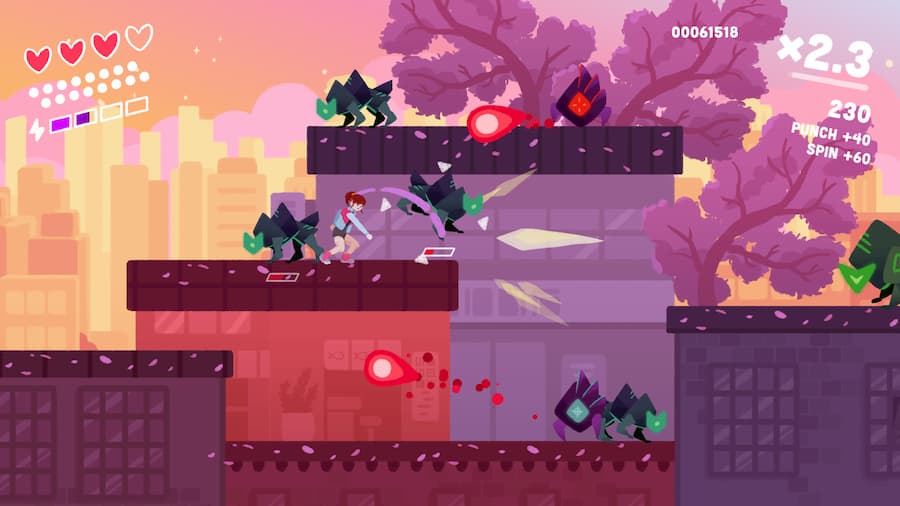 Playing Super Crush KO is as smooth as butter. Brawlers can sometimes feel cumbersome or overly complicated, but Super Crush KO pulls it off flawlessly. Despite there being multiple things happening on the screen at any one time and the wealth of moves at Karen’s disposal, players aren’t likely to get overwhelmed. Karen floats like a butterfly, stings like a bee and performs combos with all the finesse of a professional brawler. So much so that players of any skill level will be able to pick up and master the combat in no time at all.

The downside to that is sometimes Super Crush KO can feel a little too easy. I rarely felt challenged; even though the number of enemies increased and the type of enemies changed, the first dozen or so levels all felt like too much of a cake-walk. It was only once I was faced with my first very large boss-like enemy did I start to think that I might have to strategise rather than spamming buttons.

When it comes to health, Karen only has four hearts, which you lose when an enemy or the environment hurts you. But you’re awarded new hearts so quickly that you’ll rarely notice you’ve lost any. I’m not a fan of games that are overly difficult, of course, but I also like to feel like I need to put in a bit of work to succeed. An option to up the difficulty a bit would certainty do well here. 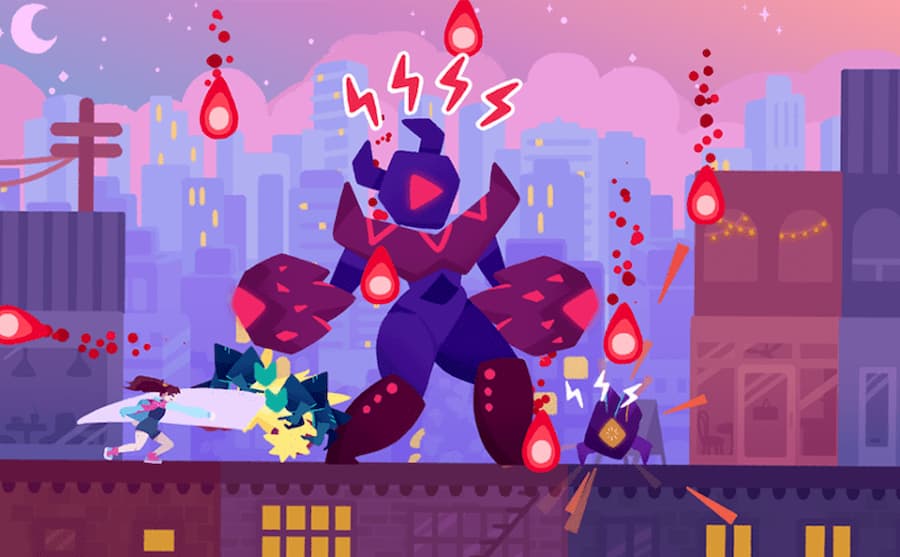 Fortunately, Super Crush KO‘s lack of difficulty doesn’t stop it being an absolute joy to play. I especially enjoyed trying to get combos. The more that you attack your enemies, the more combos that you’ll save up. Starting at a ‘D’ and working your way up to an ‘S’ level, players must try and combo their moves together to keep an ‘S’ score as long as possible. What makes this fun is that it encourages the player to get through the level as quickly as possible. If you dilly dally, you’ll lose your hard-earned combos, so it’s worth it to try and utilise all of Karen’s abilities to kill your enemies quickly and efficiently.

I was also incredibly impressed with the game’s art style. Super Crush KO is set in a near-future city where everything is vibrant and colourful. Karen herself wears a neon jacket and matching neon sneakers that anyone with a real fashion sense is sure to appreciate. The cutscenes play like comic book strips – and Chubbz is perhaps the cutest video game cat I’ve ever seen. If the fun gameplay and smooth controls aren’t enough to pull you in, then the game’s aesthetic is sure to do it.

While Super Crush KO isn’t perfect, it’s hard to play without a smile on your face. Brawlers aren’t usually my cup of tea, but this title is smooth, exciting, fun and a real joy to play. And it really fits perfectly on the Nintendo Switch. With a few tweaks to allow players to up the difficulty, I have no doubt that Super Crush KO will attract a passionate band of followers.

Super Crush KO is available on PC and Nintendo Switch. We reviewed the Switch version.