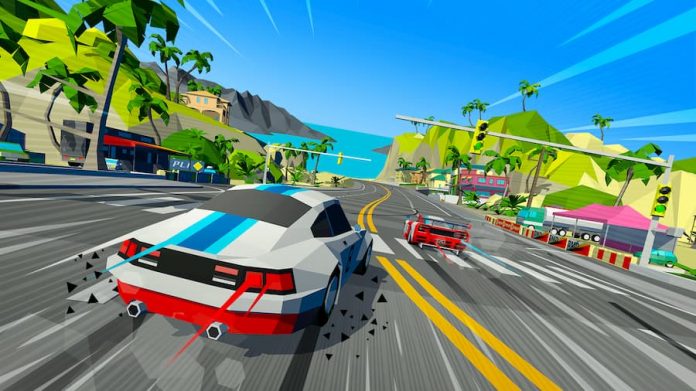 Inspired by the likes of Ridge Racer, Outrun and Virtua Racing, Hotshot Racing is a colourful arcade driving game skidding onto PC and consoles later this spring.

Lucky Mountain Games is co-developing the game alongside Sumo Digital, a studio that’s been involved with several OutRun and Forza titles, along with developing Sonic and Sega All Stars Racing Transformed (my personal favourite kart racer ever – don’t @ me). So the racing pedigree behind Hotshot Racing is very strong indeed.

Pick between eight different racers, multiple vehicles, sixteen technicolour tracks and a variety of game modes then jump into some high-speed fun. Hotshot Racing promises drift-centric cornering and modern physics, delivered in smooth 60fps on all platforms, along with online multiplayer and local four-player split-screen.

Check out the announcement trailer below, then head over to the Curve Digital website or the game’s official Steam Store page for more information, or to add it to your wishlist.