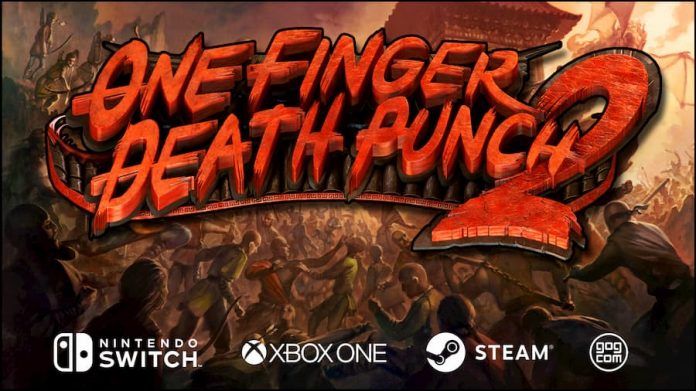 Fast-paced stick figure beat-em-up One Finger Death Punch 2 is coming to Xbox One, Nintendo Switch and GOG.com later this month.

Currently available on PC through Steam, Humble Store and Kartridge, One Finger Death Punch 2 is making the jump to consoles, landing on Switch and Xbox One (as well as GOG.com) on February 26th. Billed as “the worlds fastest brawler”, you only have two buttons at your disposal to create epic kung fu battles as you chase your high score.

You play as “the chosen one”, a white stick figure who must fight off wave after wave of baddies using impresive martial arts techniques, deadly weapons and spectacular skills. Take on 400 levels, 15 level types, 4 endless survival modes and two gauntlet run modes in this hectic sequel.

Check out the game’s original launch trailer below, or head over to the Nintendo eShop or the Microsoft Store to preorder One Finger Death Punch 2.