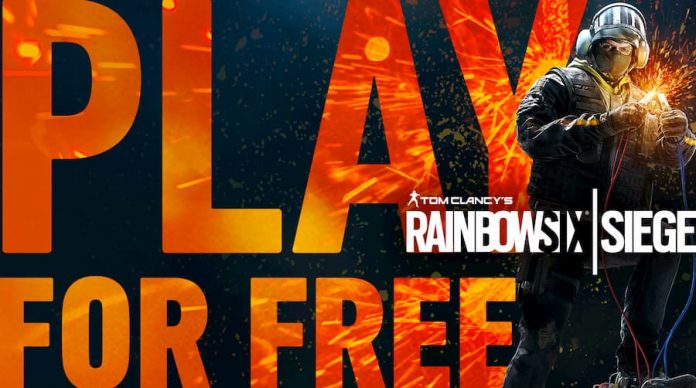 Ubisoft has announced that from today until Sunday, Rainbow Six Siege is free to play on all platforms, along with a 70% discount if you decide to purchase.

The Rainbow Six Siege Free Play Weekend starts today, running from the 5th – 8th of March depending on the platform. The 70% discount, applicable to the base game as well as Deluxe, Gold and Ultimate editions, will also be up for grabs from now until March 18th.

Jump into Ubisoft’s award-winning online tactical shooter, with tense and highly acclaimed multiplayer as well as offline single-player scenarios. If you choose to purchase the game after this free weekend, you can pick up again exactly where you left off without having to worry about lost progress.

In other news, Operation Void Edge is now available on the Rainbow Six Siege test server, introducing a new attacker and defender: Iana from the Netherlands and Oryx from Jordan. The Oregon map has also had a rework, improving navigation and giving it a fresh look.

Rainbow Six Siege is available on PlayStation 4, Xbox One and PC. If you’re a new player you can check out the introduction video below before diving in to the free weekend, or for more information head over to the game’s official website.