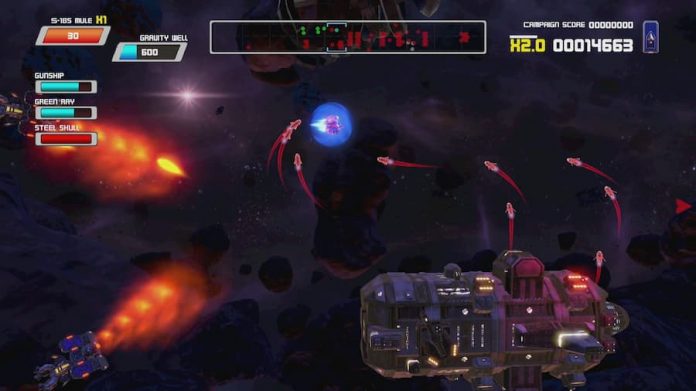 Inspired by classic arcade shoot-em-ups of the 80s and 90s, Syder Reloaded is an enhanced and expanded edition of Studio Evil’s acclaimed debut title Syder Arcade. With additional weapons, remastered visuals, some level redesigns and a new scoring and leaderboards system, this is the ultimate version to get your hands on.

The game features eight different playable ships, six levels of campaign, as well as two challenge levels. Though playing like a modern title, Syder Reloaded stays true to its old school roots, including 20 delightful retro graphics filters based on the C64, ZX Spectrum, Amiga HAM and EGA, along with an Amiga-style soundtrack.

Check out the official Switch Announcement Trailer below, or for more information you can head to the Nintendo eShop or the game’s official website.