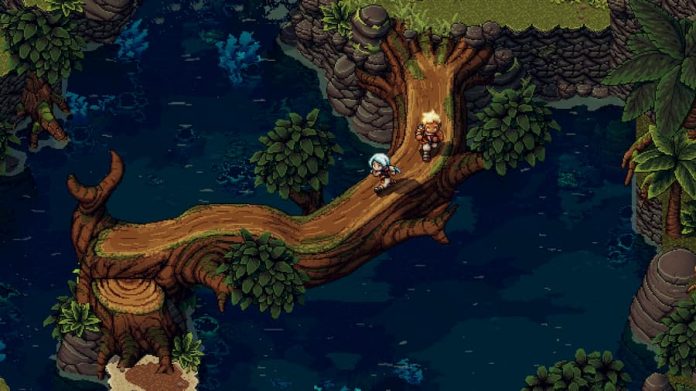 Sabotage Studio, the developer behind acclaimed indie hit The Messenger, has announced Sea of Stars, a turn-based RPG prequel coming in 2022.

The Messenger was a unique indie gem, starting as a fairly standard retro action-platformer but transforming into a sprawling time-travelling metroidvania, following the journey of a ninja who must protect and deliver an important scroll. Sabotage Studio, the team behind The Messenger, has now announced Sea of Stars, a prequel set in the same universe which follows two magical children and their battle against evil.

These two Children of the Solstice, Valere and Zale, combine the powers of the sun and the moon to create Eclipse Magic, which is the only power strong enough to stop the monstrous creations of the dark alchemist known as the Fleshmancer.

Sea of Stars aims to give a twist on classic turn-based combat, using timed hits and multi-character combos for more engaging gameplay. There is also a gorgeous world to explore, with swimming, climbing and vaulting giving you a real sense of freedom – no rigid grid-based movement.

Sea of Stars was announced along with a crowdfunding goal of around $100,000 USD, which was smashed in under seven hours. Several stretch goals still remain, however, so if you want to do your part and contribute then head over to the Kickstarter page now! You can also find more details on the Steam Store page, with the option to wishlist the game.

Check out the reveal trailer below, or head over to the official Sea of Stars website for more information.