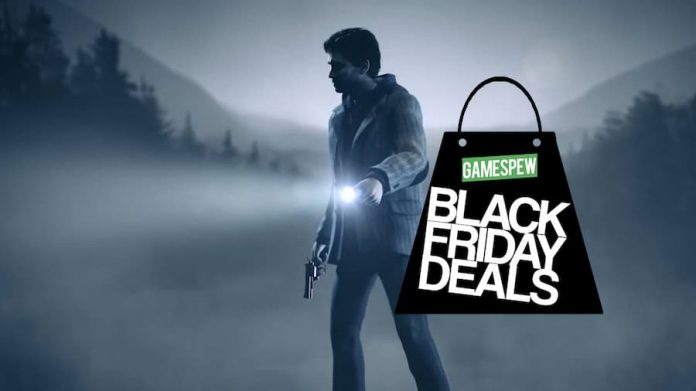 One of the best games of all time for less than £20? On PlayStation 5 no less? Count us in.

As a Black Friday week special, Alan Wake Remastered on PS5 is available on Amazon UK for just £17.99. That’s a 28% saving on top of its already reasonable RRP of £24.99.

This is a new release, landing on consoles just last month. And whether or not you’ve played Alan Wake before, it’s well worth picking up. Visually, it’s a great improvement on the original Xbox 360 game, with 4K visuals and sharp high-res textures.

And if you’ve never played it before, you’re in for a treat. Alan Wake is one of the best thriller games of recent generations, putting you in the shoes of the titular fiction author as he grapples with deadly forces while trying to write his next novel.

In our review, which you can read in full by clicking here, he’s what we had to say:

“If you’ve never played Alan Wake before and love spooky games with strong stories and plenty of action, consider this remaster a must-have. Thanks to its upgraded visuals, ardent Alan Wake fans are likely to want to pick it up, too, and they won’t be disappointed. This is a game that has stood the test of time, and now being available on more formats than ever before, it’s time for it to step into the light and truly be seen.”

Now, you can’t get much better than that for £17.99. So if you fancy grabbing this, either for yourself or for a present this holiday season, get it now from Amazon.