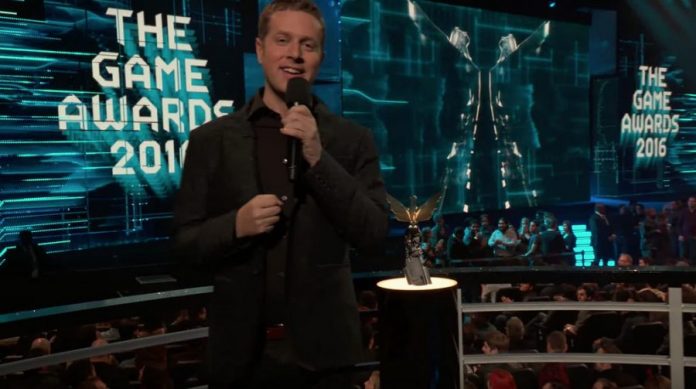 Last night the third annual Game Awards took place, hosted by Geoff Keighley. There were some big winners, and if you’re curious how it all went down you can check out the official page for the results. For now, I’m more interested in the big reveals that happened on stage.

Here are all the highlights, in case you missed it:

Bulletstorm Full Clip Edition was announced for PC, PS4 and Xbox One, set to released on 7th April. It will include all DLC from the original, support 4K visuals, and Duke Nukem can be swapped out for the main character.

Hideo Kojima revealed a new trailer for Death Stranding featuring both Guillermo del Toro and Mads Mikkelsen. You can read more about that, and watch the gorgeous five-minute long trailer here.

A brand new title, Dauntless, was revealed with a quick trailer. It’s a free to play co-op action RPG headed by ex-Bioware developers.  It’s set to come out sometime in 2017.

A very brief teaser was shown for Telltale’s next game based on Guardians of the Galaxy. You can find out more about that here.

Prey received a brief gameplay trailer showcasing both environmental puzzle solving along with action against nebulous monstrosities. It was also announced that it will be on the new cover of Game Informer magazine.

Nintendo presented brand new gameplay footage of The Legend of Zelda: Breath of the Wild, showing off a new area of the game.

Shovel Knight: Spectre of Torment, a DLC prequel to 2014’s indie hit Shovel Knight, will release sometime in Spring 2017 as a free update.

Halo Wars 2 got a new story trailer. It was also announced that the original Halo Wars will be getting remastered, and will be available to those who preorder the ultimate edition of Halo Wars 2.

Telltale’s The Walking Dead Season 3 showed off its first trailer, which is set to release in a two-part premiere on 20th December. You can see the trailer and find out more about that here.

Finally, the last game to be featured was Mass Effect Andromeda. We got a first look at a brand new gameplay trailer.