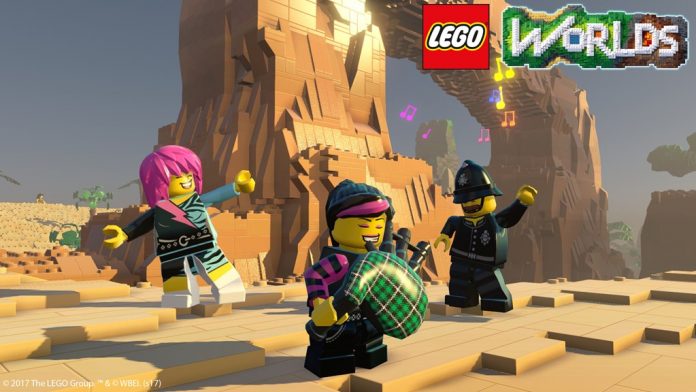 LEGO Worlds is on the horizon but it’s fair to say the exact nature of the game isn’t widely known. Although many people enjoyed playing early access on Steam in 2015, it was still without some its most defining features.

Having been lucky to get a bit of early hands-on time with the console release earlier this week, hopefully I can set the record straight.

Due to the creative and building nature of LEGO Worlds, it has often been talked about in the same circles as Minecraft. You can see why this sort of comparison is bound to happen: the ability to build brick by brick your own creations and let your creativity loose is true of both games. However, this really is where the similarities begin and end. 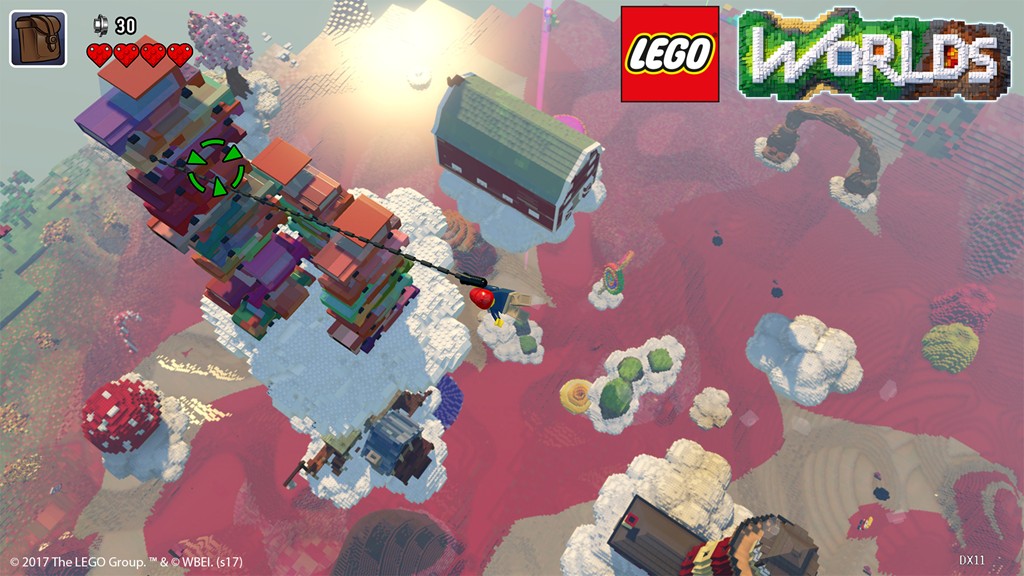 LEGO Worlds has a lot more going on for it than you might think and is markedly different in most aspects than its comparative counterpart. Some of these features will be surprising, but are nonetheless extremely fun to play. Where Minecraft has a focus on survival, LEGO Worlds has a focus on exploration and fun. In order to use different assets rather than just basic bricks, you have to explore and find the pieces you need within the environment. For instance, if you want to build a prison, you will need to find a world with a jail door before you can then place the door yourself. If you want to build a farm then you will need to find the different animals that will fill your pastures.

Exploring in LEGO Worlds is extremely rewarding mainly because each individual item or NPC has a lot of character. Well, that goes without saying, considering the items and characters are based on actual LEGO. Each asset is brilliantly recreated in the digital landscapes, scuffs and all, making the game in front of you truly transcend the screen and feel like actual LEGO creations made from your own hands. It’s not just how each element looks, either, but also how they interact with each other. For example, in typical LEGO fashion, you can expect an enemy monster to dance when you rock out on your guitar. The animations are as funny as they are beautiful. Everything that moves, whether it’s a person, animal or tool, does so with lashings of personality. Each animation is crafted with that signature comedic bounce to every movement that we’ve long since come to expect from a Traveller’s Tales LEGO game.

LEGO Worlds isn’t just about exploring and building either; there’s one main element that I wasn’t expecting – an overarching quest. That quest is to become a Master Builder; to unlock every size and type of world, every tool and every item, you must progress through this main quest. Each world you travel to contains minor tasks given to you by NPCs, be it finding certain items or building structures in order to earn gold bricks. These gold bricks can be used to unlock new worlds, biomes and earn you tools. 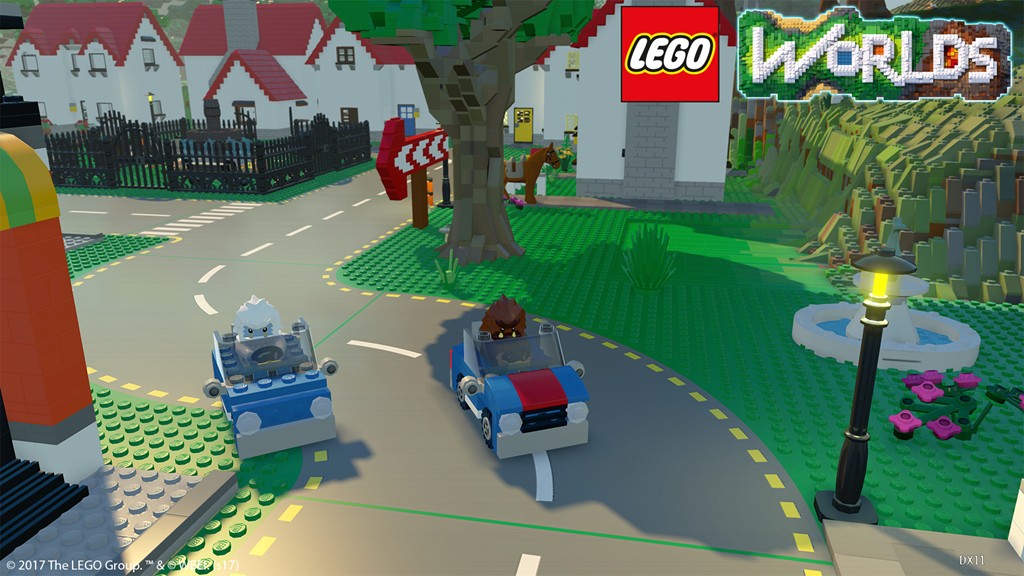 The main quest gives the game a great focus, which is always welcome for those who like to have a primary goal to work towards – or for gamers who may be a little creatively stunted like myself! The interactions with NPCs also reinforces the charm that the LEGO universe has – and Peter Serafinowicz (the voice of Darth Maul and Pete in Shaun of the Dead) does a great job narrating the adventure in brilliantly emphasising that charming yet fantastical tone the game has.

The toolset that LEGO Worlds provides you with can be a bit overwhelming and fiddly to begin with, but each tool makes the complexity of building structures fairly simple. The fact that I could make a decent volcano chalet house on a console after 15 minutes of playtime shows that even amateurs should be able to achieve the most ambitious projects. And should you make something truly monumental that the world needs to see (or, you know, anything you’re vaguely proud of), the Brick Build Showcase allows you to share your creations online across all platforms.

The interactions with NPCs and lovingly crafted assets really tap into the essence of what LEGO Worlds is. It isn’t a Minecraft clone. There is no survival mode and no complex crafting recipes. The game isn’t asking you to master your environment and shape it to your whim; it is instead a game that uniquely taps into the comedy and creativeness of the other LEGO games and tasks you with building a world like that yourself. Above all, it’s bloody good fun.

LEGO Worlds is set to release on PC, Xbox One and PlayStation 4 on 10th March.