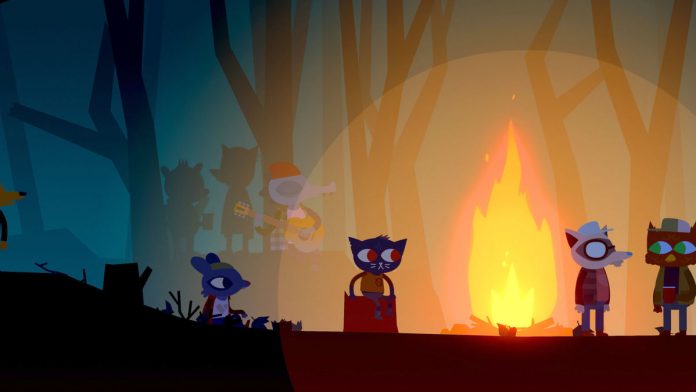 Videogames don’t have a great reputation for story despite the fact that they have delivered some of the most captivating narratives of the last 20 years.

It’s no surprise to me that many modern writers profess a love of videogames and draw on them for influence. Film directors borrow cinematography and ideas from games, and this goes hand-in-hand with the increasing number of movies adapted from videogames. In addition, advances in gaming technology mean that large studios are able to compete with Hollywood for cinematic scale and graphical fidelity, and are even casting big-screen actors in lead roles as opposed to voice-talent (look no further than Kojima’s Death Stranding).

But, still, the viewpoint that videogames are not story-driven persists. Why? Well, perhaps it is because, as Kojima noted in his Rolling Stone interview, many videogames are still trapped in a narrative trope of hitting things we don’t like with big sticks. Or shooting them. While conflict is important to narrative – and so much more – the relentless archetype of video game protagonists turning out to be be insane kleptomaniac murderers is harmful, because it limits the storytelling possibilities.

Richard Thomas, an incredible horror writer in the US who’s been published alongside Stephen King and many others, once described these narrative fall-backs as ‘crutches’ in his ACCW writing class. If a storyteller really wants to improve, they need to get rid of the things they rely on, their ‘crutch’. Videogames need to rid themselves of the same old trope of killing things for progression.

Thankfully, there’s lots of work coming out which is beginning to do away with this crutch and subvert narratives in profound and emotional ways. Some of the best examples of recent years have been in the realm of indie games, which is experiencing a kind of renaissance. It’s easier than ever before for small studios using universally-available technology and engines to get games out there onto Steam, or to self-publish on the web, and as a result, we’ve had some incredible offerings the last few years.

There are four key games in particular I’d like to focus on that not only have amazing stories, but go the extra mile and entirely subvert our understanding of what storytelling can be. Undertale — violence is not rewarded

Why should we be rewarded for killing? For most, the answer is: ‘because it’s always been that way’.

Undertale blew people’s minds when it was released in 2015. The product of essentially one developer’s genius, Toby Fox, Undertale subverted what we would expect from an RPG, offering us a choice between violent and pacifist paths. Killing isn’t mandatory in Undertale. In fact, in an extremely meta fourth wall-breaking moment in this game, you realise much of what you’ve been told by various characters — and more importantly what you’ve assumed — isn’t true. Instead, to avoid conflict, you can have articulate debates with creatures, charm them into letting you go, or play psychological games with them.

It’s also possible to spare the lives of bosses and recruit people to your cause. And what purpose does this pacifism serve? Undertale delivers very real karma, a moment where the player’s deeds and sins are weighed and judged. While killing does increase your power by raising your LV (Level of Violence), it’s also powering up the judgement to be brought down upon you. I don’t think it could have been explored any more beautifully. Anatomy — the horror is new

Anatomy is an incredible horror experience created by Kitty Horrorshow in 2016. This deceptively simple game is about exploring a haunted house and collecting cassette tapes. Listening to these tapes, in which an unhinged philosopher expounds the idea that houses, like humans, have their own anatomy, gives you more and more insight into what is really going on.

The brilliance of this game, apart from its fabulous writing, its tremendous atmosphere, and its simple yet effective visual design, is the fact that the horror does not stem from some generic jump-scary monster that briefly flashes before your eyes before the screen goes black. The horror is subtle, invasive; it creeps up on you. You sense there is something profoundly wrong with this house which you must explore, but cannot put it into adequate words. The tapes, too, are like a growing disease, taking a hold of you. Despite all your natural inclinations, you become hungry for them, feverishly searching the tapes out even knowing that it can’t end well once you do discover the secret.

There is no violent threat here, only a psychological (and dare I say it, spiritual) one. While we all enjoy a good Slender game with their fascinatingly punishing jump-scares, it’s a well worn road. And while there are some tremendous examples of traditional, serial-killer horror done right (such as Puppet Combo’s gruelling Power Drill Massacre or Babysitter Bloodbath), it’s refreshing to see a horror game which moves away from that archetype and delivers a horror that works in a different way. Night in the Woods — the reward is the story

Night in the Woods is another incredible gaming experience from 2017 that avoided the ‘kill to progress’ narrative. This title from Finji Games follows Mae Borowski, a college dropout, returning to live with her parents in her hometown of Possum Springs. One of the greatest assets to this game is the near flawless dialogue. There have been so many awkward attempts to represent natural teenage dialogue, in films and games, that we have almost become accustomed to them. But Night in the Woods captures the voice of disillusioned youth in a spectacular way, showing both the creativity and beauty of a generation that feels as though they’ve been robbed of a future, along with its pitfalls and flaws.

Mae is, in and of herself, a dynamic, intriguing, three-dimensional character, but not without room to play her in different ways. Dialogue options here mean a lot in terms of the end-game, much like the old-school Bioware RPG titles. One of the boldest aspects of Night in the Woods is that the story really is king here. By day, you explore the town of Possum Springs (there is a light platforming element) interacting with Mae’s friends (occasionally going to band practice, which leads to a Guitar Hero-style minigame). By night, you jump your way through haunting dream sequences.

The real aim of the game becomes evident as the story progresses; there’s no flashing quest icon or objective marker, and the reward of seeking out characters for additional dialogue and interactions is just that: more story, more depth, more laughs (most of the dialogue is genuinely laugh-out-loud funny). There are no power-ups or special abilities or points in this game. The reward is interacting with this beautiful story in as deep a way as possible. Not only that, but it’s a story with so many permutations you can play it again and again to get more. Presentable Liberty — you don’t need much to make people feel

Presentable Liberty is perhaps one of the greatest games I’ve ever played. It cost me nothing, and it took me all of 50 minutes to complete. It remains, in my mind, one of the most earth-shattering experiences of my life. Its conclusion reduced me to floods of tears I couldn’t stop for hours.

What’s even more amazing about this game is that it is minimalist in every sense save one: humble pixel-art graphics, limited gameplay, ludicrously primitive controls, but massive philosophical scope. The premise is simple: you are a prisoner in a locked cell. Letters will appear, pushed under your door. By reading these letters, you will slowly get a picture of what is going on in the outside world, and really happening to you. You can also amuse yourself by playing a handheld game console that you have within your cell.

The gameplay options are very limited here – you truly are ‘confined’ in every sense of the word. But, your decisions matter a great deal. Not just binary decisions, but complex emotional decisions: how you feel about the people writing the letters, your situation, what you’ll do when the right moment presents itself. Presentable Liberty is ambitiously cerebral: the entire game might be considered an allegory. Its true success, however, is in creating an emotional attachment to characters who you never meet in the flesh. Where dialogue and item-text in most games is a burdensome afterthought, Presentable Liberty uses the narrow restriction of the cell to force you to see it afresh and really engage.

It’s perfectly written, pulling you into a place where you feel a desperate isolation and need to connect. For all of those 50 minutes (which felt like days), I completely and utterly identified with the protagonist, as though I was in the cell and receiving these heartbreaking letters myself. When the gameplay or the environment do change, the impact is colossal because it has been held back. Presentable Liberty is an exercise in minimalism that shows just how little you need to tell a profound story.

While I’ll always love the super-massive scale of Metal Gear Solid with its tremendous drama, it’s becoming clearer and clearer that you don’t need a budget of millions to change people’s lives.