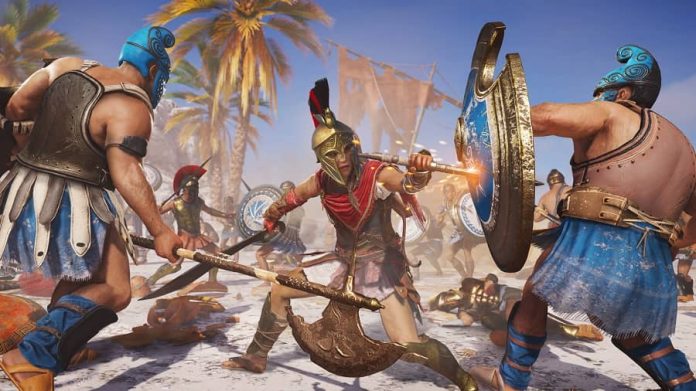 Assassin’s Creed Odyssey involves a dynamic levelling up system where even enemies just two levels above can be tough to beat.

But it’s not just about levelling up in Odyssey in order to beat those tough foes: good weapons and armour are vital too.

However, the higher level equipment from merchants can be really expensive, especially if you want to get a set of new armour or weapons together. But there’s an easy way to get high level weapons and armour easily in Assassin’s Creed:Odyssey.

Enemy ships are an absolute goldmine for rare and powerful items. Follow our recommended steps for naval combat, but ensure you don’t destroy the enemy ship before you get the chance to board it.

Once you’ve boarded the ship take out all the enemies. When you’ve done this, and your own ship has had its health restored, search the enemy ship. There is usually at least one treasure chest (depending on the level of the ship) and these chests always provide an item at the same level as the enemy ship’s level.

Mercenary ships give the best loot. Typically these ships have three chests, all with weapons and armour at the same level as the enemy ship. Assassin’s Creed Odyssey provides a big reward for taking out and boarding enemy ships.

Don’t take on too many ships though. If you are defeated you’ll lose your progress and the items that you previously looted. Look for enemy ships that are alone, or have no enemies on the same side nearby. Board and loot the chests, and then quick save as soon as you can. Then sail on and find new enemy ships. Repeat.

Follow this and you’ll have a whole inventory full of rare and powerful equipment in Assassin’s Creed Odyssey. 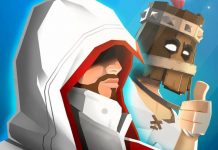