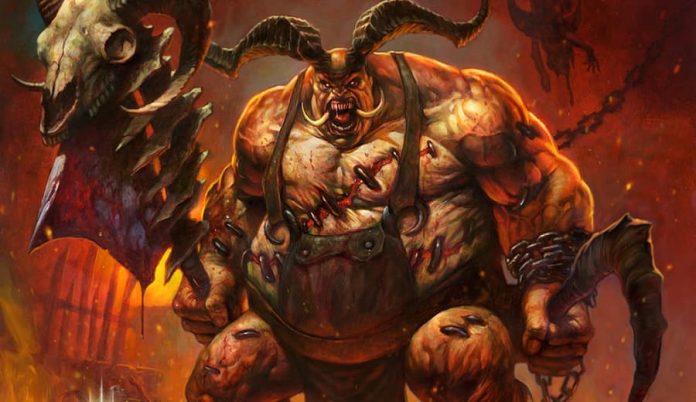 This is a review more than six years in the making.

I am one of those poor souls who has played Diablo III from day one: May 15th 2012. After falling in love with the original Diablo, and Diablo II even more so, I remember excitedly installing Diablo III on the day of launch and playing it every minute I could over the next month or so – until its notorious Inferno difficulty drove me insane. Ultimately, while I really wanted to like Diablo III, and many aspects of it did have merit, it fell way short of my expectations. I mean, a real money auction house? Stingy items drops? Little to no endgame content? Just what was Blizzard thinking?

Following fan feedback (read: complaints), fast forward a couple of years and Diablo III was pretty much an entirely different game. A new paragon system was in place, allowing players to allocate skill points and further improve their characters after reaching the max character level, the auction house was gone, item drops were revised, and an expansion was delivered that included a new act, character class and features, such as Nephalem Rifts. By then, the game was also available on PS3 and Xbox 360. But Blizzard still wasn’t done. Diablo III continued to be expanded and enhanced; new content was added, seasons were introduced, and it was ported to both PS4 and Xbox One. The addition of the Necromancer character class in June 2017 was the final cherry on top.

So, I’ve played nearly every version of Diablo III since launch – PC, PS3, PS4, and Xbox One – and have since stopped comparing it to Diablo II. You see, you can’t really draw comparisons. Despite both being about killing demons and collecting loot, Diablo III is very much a different game to Diablo II. Diablo III is more action focused and accessible, and as much as I’d like it to be more like Diablo II, I also like that it’s its own thing. Diablo III is a game I can boot up and play for 15 minutes thanks to Nephalem Rifts. It’s a game I can play with my partner (who previously didn’t get Diablo) sat on the couch or over the internet, and it’s a game in which I can have fun trying new builds without having to spend tens of hours creating a new character. Playing Diablo III is just fun. And you know what? I’ve always wanted to be able to have that fun while on the move. 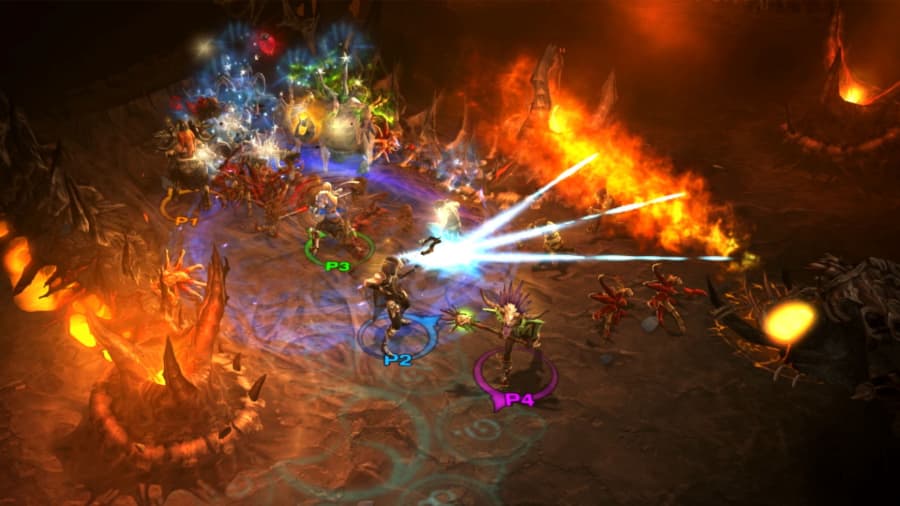 In 2018, my mobile Diablo dreams have finally come to true. And no, I’m not talking about the announcement of Diablo Immortal. Diablo III is now available on Nintendo Switch in the form of the Eternal Collection, a package that comprises the base game, its Reaper of Souls expansion, its Rise of the Necromancer DLC pack, and some Switch exclusive novelties. Of course, you can play it on your TV screen if you want, but the Xbox One and PS4 versions are much better for that. The best reason to get Diablo III: Eternal Collection on Switch is so that you can slay demons while laid in the bath, sat on the toilet, or travelling via bus, car, train, plane or whatever. And it’s not a cut-down version either; Diablo III: Eternal Collection is the real deal. Blizzard has worked some magic getting it to look and play so great on Switch, I’m telling you.

But let’s step back for a second. What if you’ve never played Diablo III before? What does it offer a Switch gamer? The answer is hundreds of hours of hitting demons with weapons and spells, picking up new items, optimising your build, and seeing what’s the highest Greater Rift level you can get up to. There’s a story to follow if you want, but it’s passable. The real fun in Diablo III lies in gearing up to the point where you can take out a screen full of demons without breaking a sweat, and then pushing the difficulty up another notch to make finding better equipment vital or improving your lineup of skills and how you use them. Honestly, it isn’t for everyone, but anyone who loves the idea of trying to making the strongest character they can will be mesmerised by Diablo III. 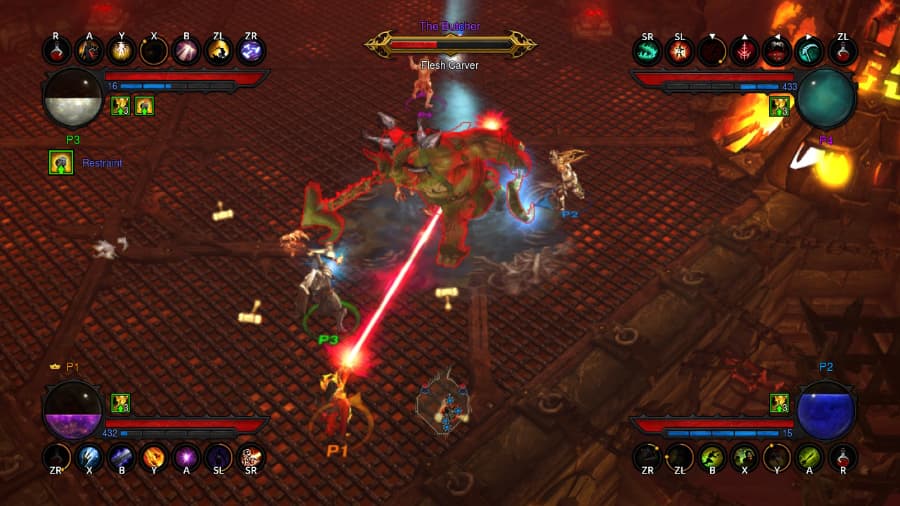 Diablo III is the type of game you return to time and time again, whether it’s to resume your adventure with an existing character, try a new character class, or take part in a season – an event that runs for multiple months and requires you to play with a brand new character. And if you really want to add another dimension to the gameplay you can create a Hardcore character; one that is gone for good if you get overcome by demons thanks to permadeath. Many players may find Diablo III laughably easy when they first start playing on what the game calls ‘Normal’ difficulty, but crank it up as new difficulties become available and they’ll soon find themselves challenged.

But that’s the real wonder of Diablo III – there are so many ways to enjoy it. You can make it easy or hard, play with friends or on your own, play it online or offline, make your way through its story or simply enjoy yourself in Adventure Mode (which is unlocked from the outset in this Switch version, by the way). And there are so many skills and unique items to play around with. While ultimately you’ll gravitate towards special set items to reach higher Greater Rift and Torment levels thanks to their unparalleled bonuses, you can have great fun trying to create your own builds centred around your favourite skills or items, whether they’re effective or not. 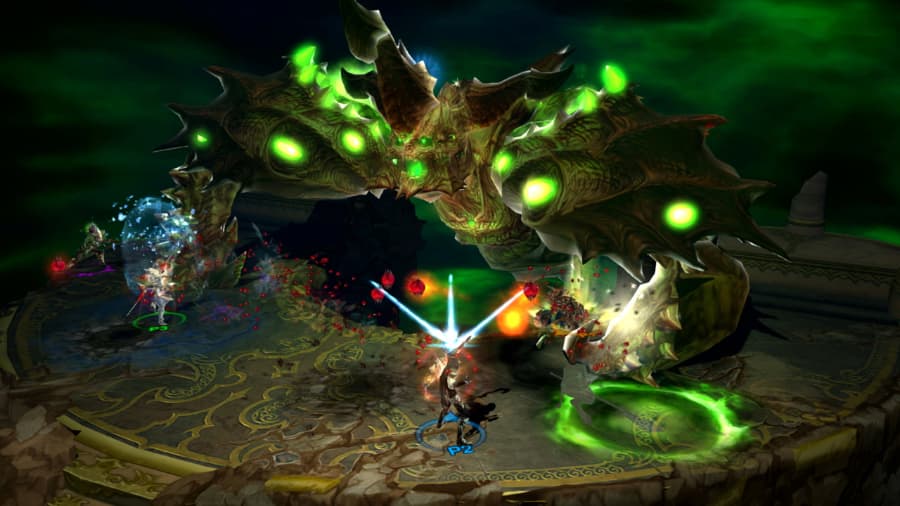 Even the visuals haven’t compromised too much to get Diablo III running comfortably on the Switch. Running at 1080P max in docked mode and 720P max in handheld mode, it obviously isn’t the sharpest way to play Diablo III, and textures are a bit more blurry in places, but it stands up well. The important thing is that enemy density remains pretty much on par with other console versions, keeping the gameplay as hectic and entertaining as ever. Though in Diablo III‘s most chaotic moments, you will find the resolution dropping a bit to maintain performance. And in rare instances you may even find the gameplay slowing down a little to keep up with the action.

When the only real complaint you have about a game is that it slows down once in while due to having 30+ enemies onscreen and a great number of fancy effects, you know you’re onto a winner. Diablo III on Switch is simply spectacular. It’s a phenomenal port that really shows what the Switch is capable of, and honestly, I think it might just be my favourite version of the game yet. Sure, it doesn’t quite look or perform its best on Nintendo’s hybrid console, but being able to dip into the game anytime, anywhere more than makes up for it. Whether you’ve got a few hours or a few minutes to spare, booting up Diablo III will always provide an entertaining way to fill them.

Diablo III: Eternal Collection is available on PS4, Xbox One and Switch. We reviewed the Switch version.