One of the more unorthodox Prosthetic Tools in Sekiro: Shadows Die Twice, the Shinobi Firecracker prosthetic can greatly benefit you in battles against beasts and bosses alike.

An easily missable Prosthetic Tool, the Shinobi Firecracker prosthetic can be found quite early on in Sekiro, if only you know where to look.

Unlike other Prosthetic Tools, the Shinobi Firecracker will cost you a bit of Sen, so make sure you have at least 500 Sen on hand before venturing out to grab this one.

There are two ways to approach this: either from the location of the enemy with the giant mortar gun, or from the area which houses the ogre-like enemy, closer to the Gate Path idol. I found it easier to go from the latter. Find the tallest building in the area with the ogre, shortly after the mini-boss right after the Gate Path idol. Make your way to the very top of that, and look across the area until you spot a little tent on top of a hill, as seen in the picture below: 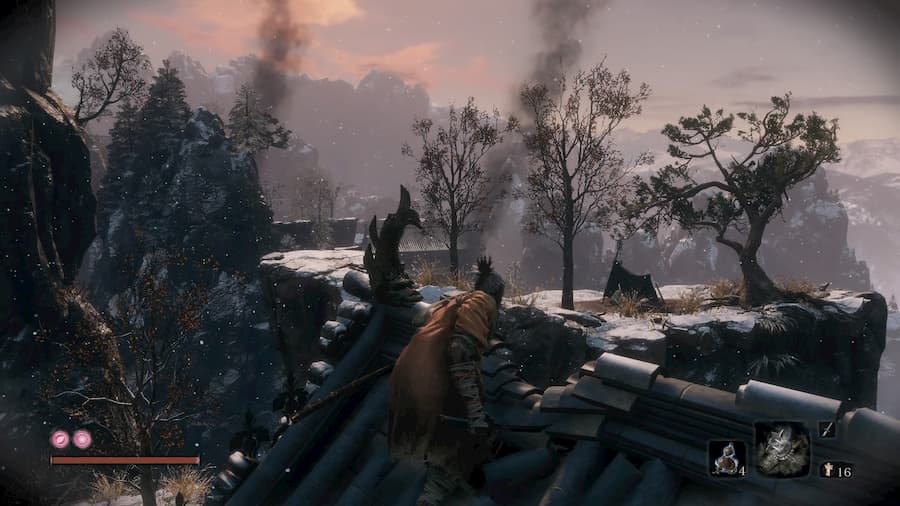 Position yourself as far back on that roof as you can, opposite the tent. Start sprinting towards the tent, leap and wall kick your way over there. Walk over to the tent and fork over the 500 Sen you need for Robert’s Firecrackers.

Make use of your Homeward Idol and head back to the Dilapidated Temple, have The Sculptor make the Shinobi Firecracker prosthetic, and equip it through the pause menu if you so desire!

You’ll spend 10 Spirit Emblems per use of the Shinobi Firecracker, but its benefits are surprisingly deep. Most animals and beasts will cower away from the firecrackers, giving you a hefty advantage in early areas of Sekiro: Shadows Die Twice, as well as in early game boss fights. The Shinobi Firecracker Prosthetic Tool in Sekiro is easy-to-miss, but one that is most definitely worth your time.