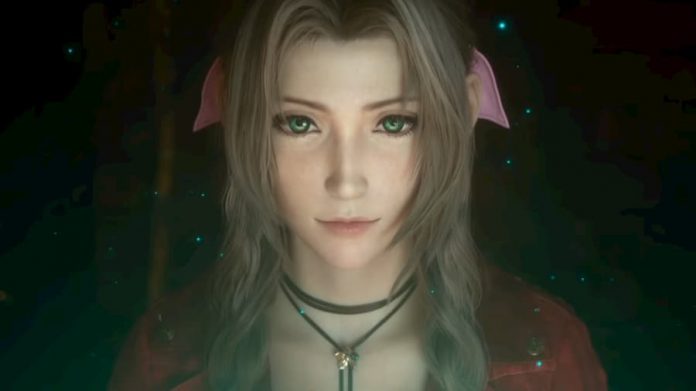 Square Enix has officially unveiled the opening cinematic for the Final Fantasy VII Remake, and it’s a bit different to the one that leaked at the end of 2019.

Some of you will remember that an intro movie for what looked like a Final Fantasy VII Remake demo leaked onto YouTube around new year. The leaked cinematic seemed to be a near-identical remake of the original 1997 intro, beginning with Aerith on the streets of Midgar and running through to Cloud’s entrance as he jumps down from the train.

Square Enix has today released the official opening cutscene, and it actually features an additional (almost) two minutes of footage before Aerith’s appearance. We follow a bird of prey as it flies over the barren landscape surrounding Midgar, before it passes over the city itself. Glimpses of people going about their daily lives – traffic, construction work, children playing around dying flowers. All the children then turn to see a column of green energy being emitted from a huge building.

Fans will no doubt be pleased to see this additional footage, and it’s just a generally gorgeous cutscene so even non-fans will probably get chills. Check it out below.

Final Fantasy VII Remake is coming to the PlayStation 4 on April 10th. Head over to the Square Enix website for more information.