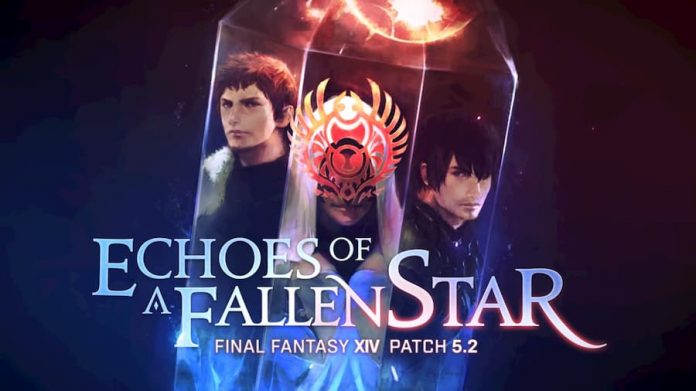 The Shadowbringers saga continues in Final Fantasy XIV Online with Patch 5.2 – Echoes of a Fallen Star, which is now live.

A tonne of brand new content is now available for fans of the acclaimed MMO Final Fantasy XIV Online, as Echoes of a Fallen Star continues the story of the Warrior of Darkness and the Scions of the Seventh Dawn as they uncover the mysteries of The First.

Along with the new Main Scenario quests, players also get the new Eden’s Verse raid, which introduces the character of Gaia, created by legendary Final Fantasy developer Tetsuya Nomura. You can also take on a new dungeon and trial for a fresh challenge, plus new Beast Tribe quests and a Chronicles of a New Era quest will provide you with extra lore and gear to aid your character’s journey.

There’s a tonne more stuff to enjoy in Echoes of a Fallen Star, so be sure to head over to the game’s official website for a detailed rundown, or just jump into the world and see for yourself!

Final Fantasy XIV Online is available on PC. Don’t forget to check out the new launch trailer below.