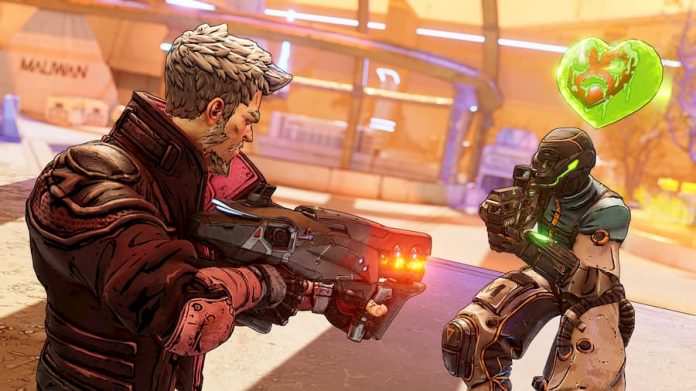 It’s time to get out there and break some hearts! In Broken Hearts Day, running until February 20th, Borderlands 3 players will come across lovesick enemies with hearts hovering around them. Shooting these hearts can produce a variety of effects – from turning the enemy into an ally for a period of time, to simply exploding into loot.

Shooting more and more hearts will earn you more and more rewards. Five brand new items are available to unlock, including unique skins and Legendary weapons, so don’t hold back! Go out and become a modern-day Cupid, armed with a high-caliber rifle instead of a bow and arrow.

Borderlands 3 is available on PlayStation 4, Xbox One, PC and Google Stadia. Head over to the 2K website for more information about the February patch and Broken Hearts Day event.