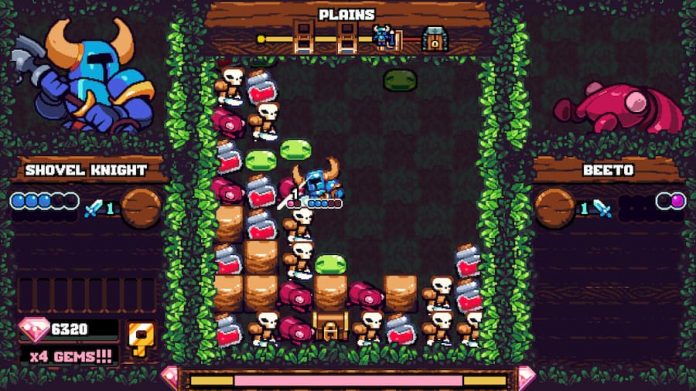 Yacht Club Games announces Shovel Knight Pocket Dungeon, an action-puzzler spinoff of its popular platformer, along with a new trailer for Cyber Shadow.

Follow your cryptic guide Puzzle Knight through a variety of constantly-shifting dungeons, in which every move you make becomes part of the puzzle. We don’t know when the game will be out or even what platforms it will be available on, but the trailer belows shows off some addictive-looking gameplay.

We’ve also got a new story trailer for Cyber Shadow, the sci-fi dystopian platformer headed to PS4, Xbox One, Switch and PC this autumn. With retro action and aesthetics, slash through robotic hordes as you journey down the path to discover how the world became overrun by these synthetic lifeforms.