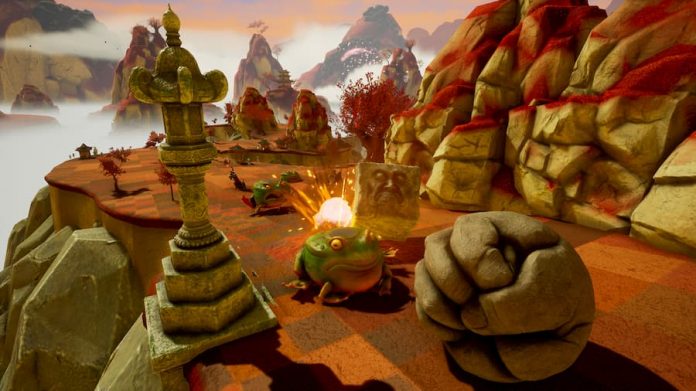 The next chapter in ACE Team’s boulder-smashing tower defence series, Rock of Ages 3: Make & Break, will be rolling out on PC and consoles this June.

Coming to PS4, Xbox One, Switch, PC and Stadia on June 2nd, Rock of Ages 3: Make & Break will bring players the most bizarre and quirky castle raids yet.

Demolition strategists around the world rejoice, for it is time to jump back into a hilariously reimagined version of history and reduce it all to rubble. While Rock of Ages 2: Bigger and Boulder was basically just more of the original with a few new environments and challenges, the third game introduces a level creator which adds a whole new set of possibilities to the gameplay.

As explained in a new trailer, series developer ACE Team has been working in cooperation with Giant Monkey Robot to bring the new technical elements of Rock of Ages 3 to life. “When these guys approached me and told me about having an in-game editor in Rock of Ages 3 it was like… whoa, yeah, it’s perfect.” says Juan Pablo Lastra, Technical Director at Giant Monkey Robot. “Players will be having so much fun creating crazy stuff to challenge their friends, the community trying to be famous because they made the best level ever, there will be the real purpose of the game.”

Rock of Ages 3: Make & Break will be coming to PlayStation 4, Xbox One, Nintendo Switch, PC and Google Stadia on June 2nd. Check out the new release date reveal video below, or head over to the game’s official website for more information.