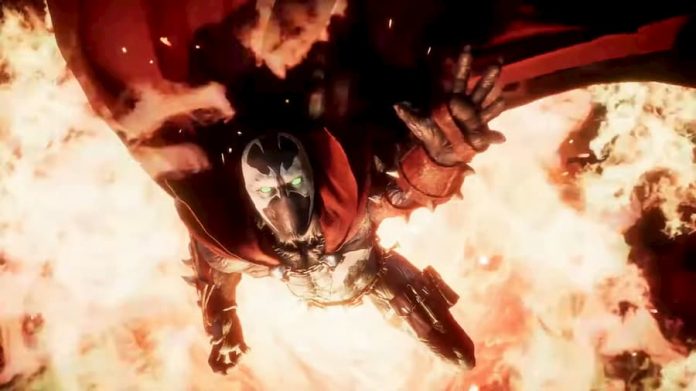 Todd McFarlane’s iconic comic book character Spawn is coming to Mortal Kombat 11, and a new trailer shows off some of his gruesome moves and fatalities.

Spawn is the latest playable fighter coming to Mortal Kombat 11 as part of the Kombat Pack, which you can buy to get access to six additional characters including The Joker, Terminator T-800 and Sindel.

In this new trailer, you can see the Image Comics character in all his glory, complete with battle axe, chains and iconic cape (all of which are used against opponents). You metalheads out there might also be interested to know that Spawn’s new trailer features two unreleased tracks by Trivium, entitled “IX” and “Scattering the Ashes”.

He is also voiced by prolific actor and voiceover artist Keith David, who portrayed the character in the original HBO animated series. David has done a tonne of great roles, but I will always remember him most fondly for playing himself in Saint’s Row IV, which included a terrific recreation of his role in the cult film They Live.

Mortal Kombat 11 is available on PlayStation 4, Xbox One, Nintendo Switch and PC. Check out the new Spawn Gameplay trailer below, or head over to the game’s official website for more information.

Trials of Mana Gets a New Gameplay Trailer