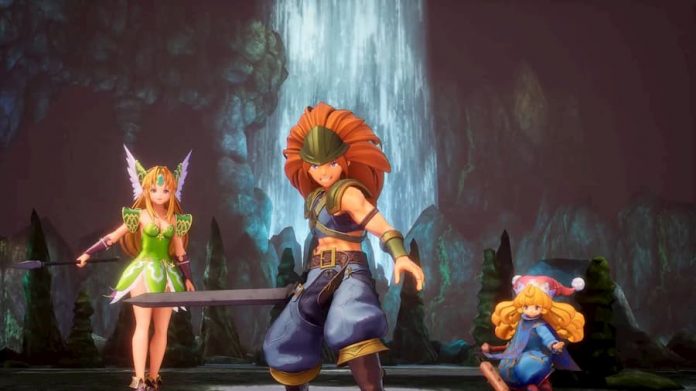 The upcoming Trials of Mana remake just got a new playable demo on PS4, Switch and PC, along with a new “Sacred Sword” trailer.

Square Enix is letting players get an early start on their epic journey in a new Trials of Mana demo, which became available digitally through Steam, the PlayStation Store and the Nintendo eShop yesterday.

The demo will let fans try out each of the six playable characters, experiencing each of their origin stories and how they begin the great journey ahead of them. Select your party of three and set out into the vast fantasy world to face to forces of evil.

Players will also be able to carry over their progress when they purchase the full game, so there really is no reason not to download the demo right now and get playing.

The celebrate the release of the demo, Square Enix also released a new trailer for the game yesterday, all about the sacred Sword of Mana and the lengths to which the forces of darkness will go to get their hands on it. Check it out below!

Trials of Mana will be coming to PlayStation 4, Nintendo Switch and PC on April 24th. Head over to the game’s official website for more information.

GameSpew also reviewed the original Trials of Mana last year as part of the Collection of Mana, which you can check out here.