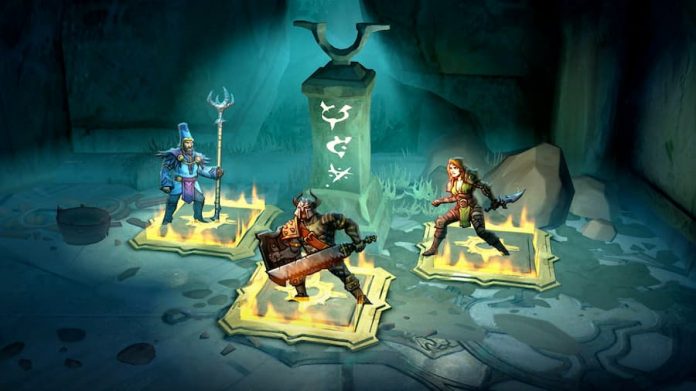 On paper, Blightbound is right up our street. In practice, however, it leaves us somewhat disappointed.

Released last week on PC, PS4 and Xbox One after a stint in Steam Early Access, Blightbound is a multiplayer dungeon crawler designed to be played in teams of three. In your team of three must be a warrior, an assassin, and a mage type character, each boasting their own set of skills and abilities. Warriors hit hard, assassins are fast, and mages can deal magic damage from a distance. Together, all three should complement and support each other, making your team into an infallible band of heroes.

Except… it doesn’t always work out that way. While you can play Blightbound by yourself, accompanied by two AI companions, we wouldn’t recommend trying to do so. The AI is unwieldy at best, often wandering off by themselves, trying to tackle hordes of enemies that spawned on the other side of the screen long after you moved away. You’ll constantly need to go and aid them, because you won’t be able to walk through a door if they’re off doing something else.

The same is true if you attempt to matchmake with strangers. Unless you’re all in communication, it’s hard to fully co-ordinate where you’re going, what door you’re going to walk through, and what direction you’re moving in. The best way to play Blightbound, then, is with two of your closest friends – but even then you’re not guaranteed to have a great time.

It’s a nice-looking game; its 2D characters and enemy designs sport a good amount of detail, and bigger foes especially are rather pleasing to the eye. But that’s about all they’re pleasing to, as engaging in combat with them isn’t all that much fun. The screen is often busy; with three characters and up to a dozen enemies, trying to keep track of what’s happening is a job in itself. Add to that the fact that your character is slow to move, there’s little feedback when you’re sustaining damage, and it can be hard to know if your own attacks are making contact with the enemy, and you have an experience that’s far more frustrating than it is enjoyable. Death comes all too easily, and it doesn’t always feel fair. 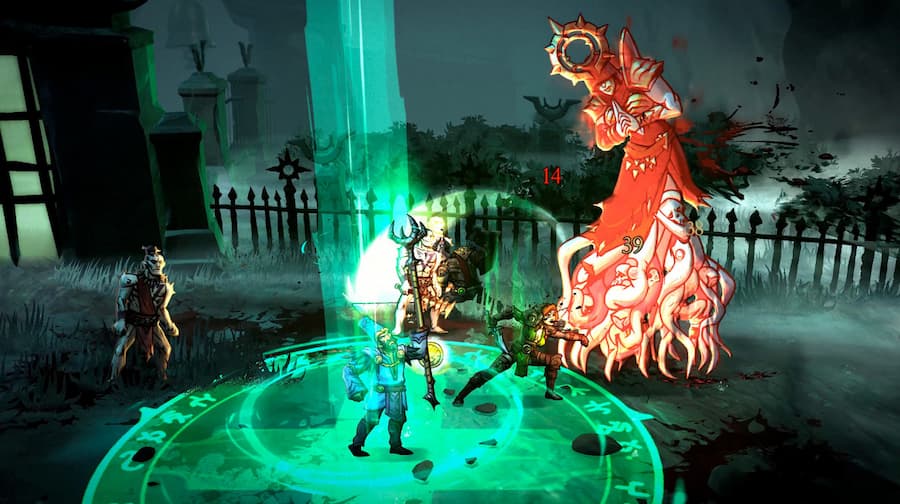 If just one member of your party dies, another member has the opportunity to revive them by standing close and pressing ‘up’ on the d-pad. They’ll only be brought to life with a sliver of health, though. If all party members die, it’s game over, and back to the home screen with you.

When you do get into the swing of things, with a character who clicks with you – we found the ranged attacks of mage-type characters made them much more hardy – Blightbound can be entertaining. Taking down hordes of enemies never has the same satisfaction as it does in the likes of Diablo III, but it’s rewarding enough, especially when you get your hands on some loot. Environments are beautifully designed, and making your way around their labyrinthine maps, going off the beaten path on the search for some treasure, is a real highlight. 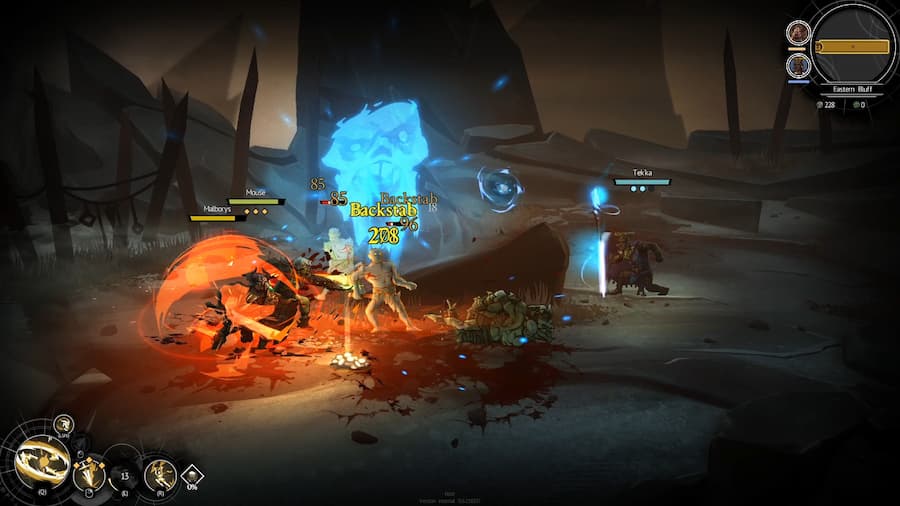 Unfortunately, items can’t be equipped until you’re back home after a mission, and menus aren’t exactly intuitive to make your way around. You’ll fumble over button presses, needing to hold down one button while you navigate with another to get to the screen you want. It’s clunky at best, and infuriating at worst.

Our time with Blightbound was cut short thanks to a crash that threw us out of the game – the cherry on top of a less than stellar experience. We’ll no doubt jump back in at some point though, because despite its issues, there is some fun to be had here for those who persevere. It’s worlds apart from being the best dungeon crawler out there, but its art and world design does leave us wanting more. Hopefully, with a few patches and updates, Blightbound might become something more palatable in the future.