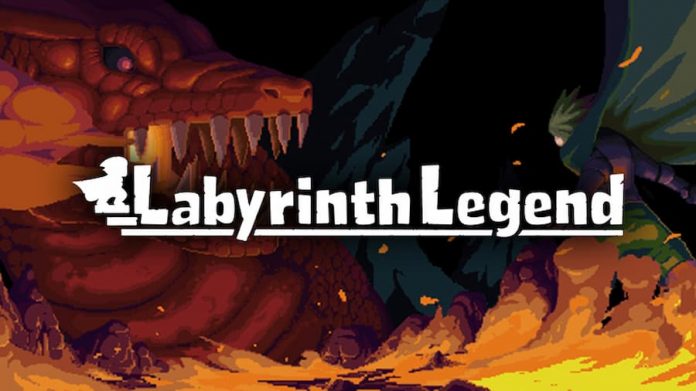 Labyrinth Legend, first released on PC in 2020 and now making its way to Nintendo Switch, is a little bit different. While it may still take you a fair amount of time to complete it, and you could continue to play it for 100 hours or more, each journey into one of its dungeons takes around 15 minutes or less. You could say it’s a fully-fledged dungeon crawler with bite-sized bouts of action.

The setup is simple. After choosing one of three character classes, favouring melee, magic or ranged attacks, you find yourself trapped in a strange kingdom. It’s been cursed, actually, and with everyone in its quaint little village that acts as a safe space resigned to their fate, it’s up to you to fight to lift the curse and once again be free. And so, after getting your gear in order, it’s time to leave via a rickety bridge and take on the dungeons that lay in the land beyond the village.

Initially only one dungeon is available to you. Complete that and more will open up. Once you’ve unlocked the majority of them, however, you’ll find that some dungeons are multi-stage affairs. Each dungeon also has a suggested level for you to reach before you tackle it, but you’re free to throw caution to the wind if you please. If you do want to level up though, you’ll appreciate that pretty much all of the dungeons you’ve already completed can be replayed at a higher difficulty level. 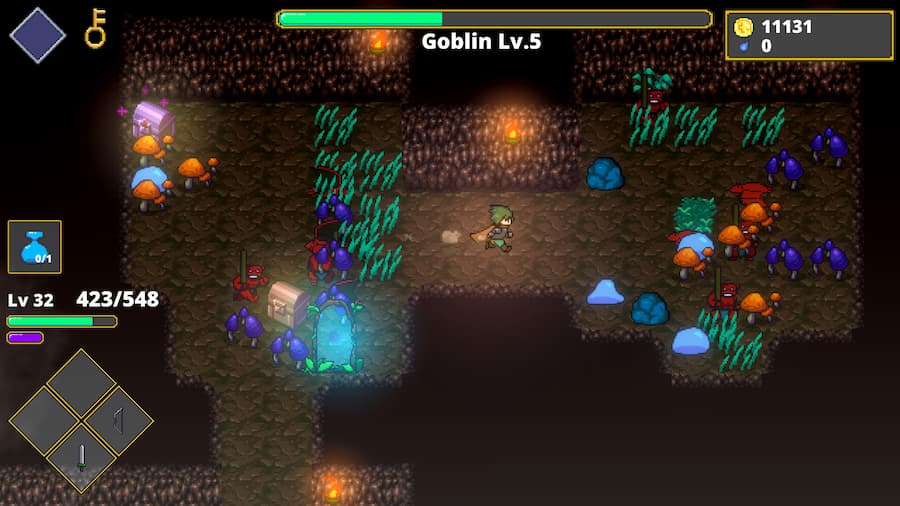 When you’re in a dungeon, the gameplay is simple but fun. You can equip two weapons at the same time, and by holding down the button associated with them, your character will swing, throw, shoot or cast wildly. Enemies, meanwhile, signpost their attacks with big exclamation marks over their heads, letting you know their intentions so you have time to either block, or dash out of the way. It’s not always easy to avoid damage though, so your exploits can get dangerous.

You’ll be tackling five floors of each dungeon at a time, and you’re required to find a key to move from one floor of a dungeon to the next. After the fifth floor, you’re able to go back to the village if there are more floors to complete and you want a breather, or you’ll face off against a huge boss. These boss fights are perhaps the highlight of the game, challenging you to learn their attack patterns while chipping away at their health. Emerge victorious and the dungeon is complete, allowing you to move onto the next.

Labyrinth Legend has a typical structure then, only somewhat let down by the fact that eventually it becomes a bit of a grind. Chances are you’ll progress through early dungeons at a quick pace without any trouble, but towards the end of the game that pace is likely to slow down considerably. If your gear just isn’t good enough, you’ll find yourself grinding dungeons you’ve already completed, hopeful that the RNG gods will bestow you with something better. Though simply scraping up gold so that you can unlock upgrades at the convenience store is also highly beneficial.

Convenience store upgrades are crucial to your adventure, actually, with everything from inventory expansions to additional health potion flasks on offer. A special attack for each weapon type is also available. There’s a blacksmith where you can buy weapons and armour, too, but there’s rarely anything good in stock. And while upgrading your gear is an option, there isn’t a great deal of benefit to it – just a small percentage increase in your attack power or speed, for example. At least it becomes fairly easy to acquire the materials need to upgrade later in the game though. 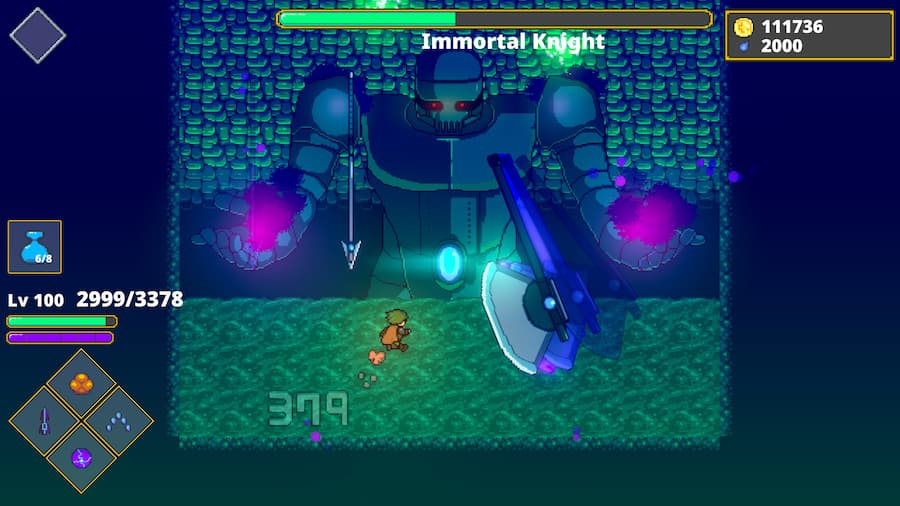 Other things that stand out about Labyrinth Legend? You can grab a friend to play it with you in local co-op if you wish. You can also summon monsters to your own little island, and choose one of them to take into dungeons with you. They won’t fight alongside you, but they will provide you with various bonuses.

Considering its budget price, there’s a lot to like about Labyrinth Legend. Its combat is a little simple, and inventory management can be a bit of a pain at times, but crawling its dungeons in search of powerful loot is engrossing nonetheless. The bite-sized nature of its action works in its favour, too, allowing you to delve in and out of it before it wears thin. So, if the idea of a cute-looking dungeon crawler that doesn’t over-complicate itself appeals to you, Labyrinth Legend is well worth checking out.

This review of Labyrinth Legend is based on the Switch version, with a code provided by the game’s publisher. It’s available on Switch and PC.