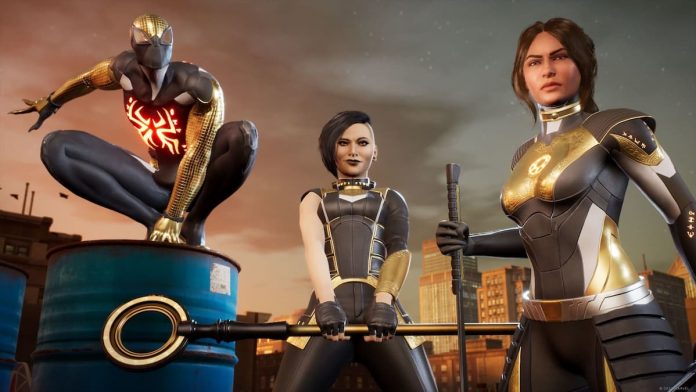 It’s a tough job being a superhero, and in Firaxis’ Marvel’s Midnight Suns they’re facing a threat more powerful than ever before.

Lilith, Mother of Demons, walks the earth once more. And as if that isn’t bad enough, the forces of HYDRA are working with her. Together they’re hoping to bring an apocalypse, and with Lilith’s ability to corrupt pretty much anyone, it very well could happen. After all, imagine going up against a superhero that’s been turned to the other side, their powers amplified.

Humanity’s last hope is The Hunter, Lilith’s son (or daughter – it’s up to you to decide) who killed their mother in battle decades ago, but also fell with her. Resurrected by the Midnight Suns, it now falls to them to once again overcome their troublesome mother and put a stop to her plans. Though luckily The Hunter doesn’t have to act alone. Not only do they have the Midnight Suns to back them up, but also various members of the Avengers and more.

Being a turn-based strategy game from the makers of XCOM, you might expect Marvel’s Midnight Suns to follow a similar format. The truth is though, is that it’s a million miles away. You won’t be selecting each hero involved in battle here, moving them into cover on a gridded battlefield before making them take potshots at an opponent. No, Marvel’s Midnight Suns employs a whole new battle system that reflects the superhuman abilities of its combatants. Needless to say, it’s very much action-focused.

You’ll have a party of three superheroes on a battlefield at any one time, and instead of issuing each of them commands, your abilities are limited by a selection of randomly-selected cards. If you have Iron Man, The Hunter and Blade in your party, for example, you could end up with a hand full of Iron Man ability cards, meaning only he can take actions, but it’s unlikely. In any case, you can redraw up to two cards as standard on any turn, giving you the chance to turn a card you’re not interested in into something more worthwhile. 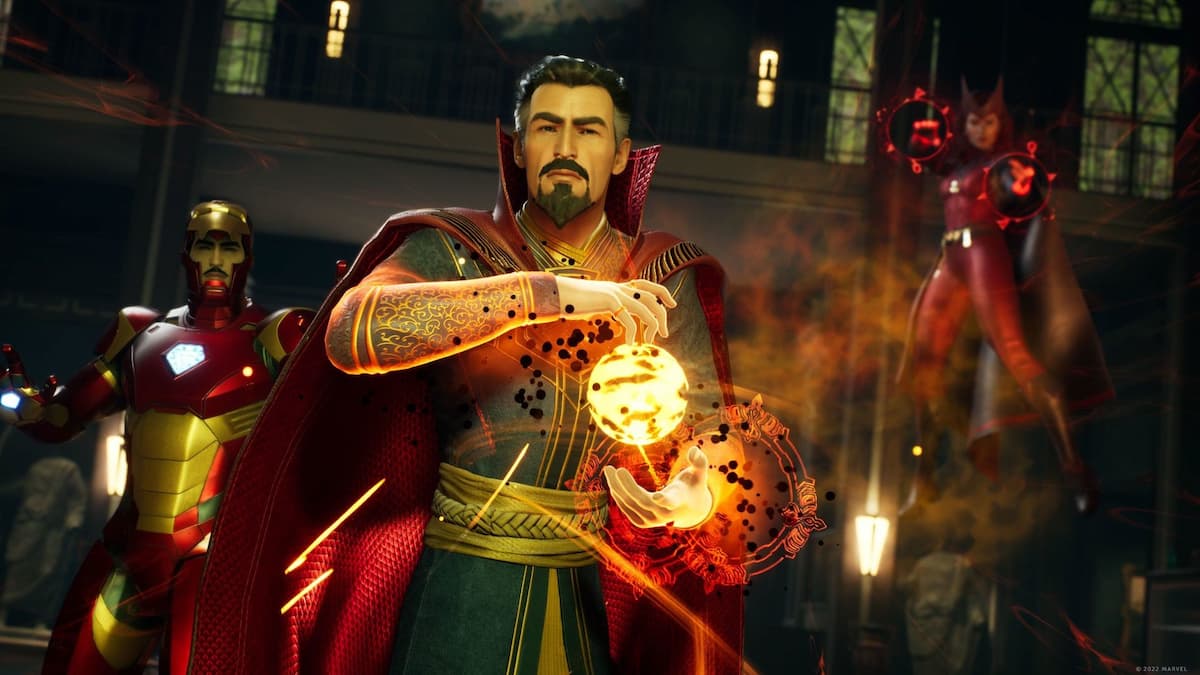 You’re able to play three cards before the end of your turn, but that number can be increased in various ways. ‘Quick’ ability cards, for example, grant you an additional card play if you use them to K.O. an enemy. Cards aren’t the only way you can do harm to your opponents, either. By playing Attack and Skill cards you’ll acrue Heroic points. These can then be used to play powerful Heroic cards, or use objects littering the battlefield to your advantage. Boxes can be picked up and thrown, explosive barrels detonated with projectiles, and chairs kicked at unsuspecting foes. Play your cards right, and you can kill a screen full of enemies in one turn, literally.

There are many more nuances to the combat of Marvel’s Midnight Suns, too: each superhero feels distinctly unique, for example, you can perform combo skills where superheroes team up to do massive damage, and each turn you can reposition one hero to either put them out of harm’s way or better make use of environmental objects. There are way too many options to list in their entirety here, but the crux is that combat always feels fresh and exciting from one battle to the next. And that’s important considering how many encounters you’re going to find yourself exposed to in this gargantuan game.

Thankfully you’ll not be moving from one battle to the next without a chance to catch your breath. Between each mission, you’ll return to your base of operations – the Abbey, safely hidden in a pocket dimension. It’s here where you’ll get to know your companions better, manage their abilities, and a whole lot more. Characters such as Dr. Strange quickly settle themselves in, setting up facilities that you can use to your benefit. And so in the game’s opening hours, you’ll find the Abbey becoming more and more useful. 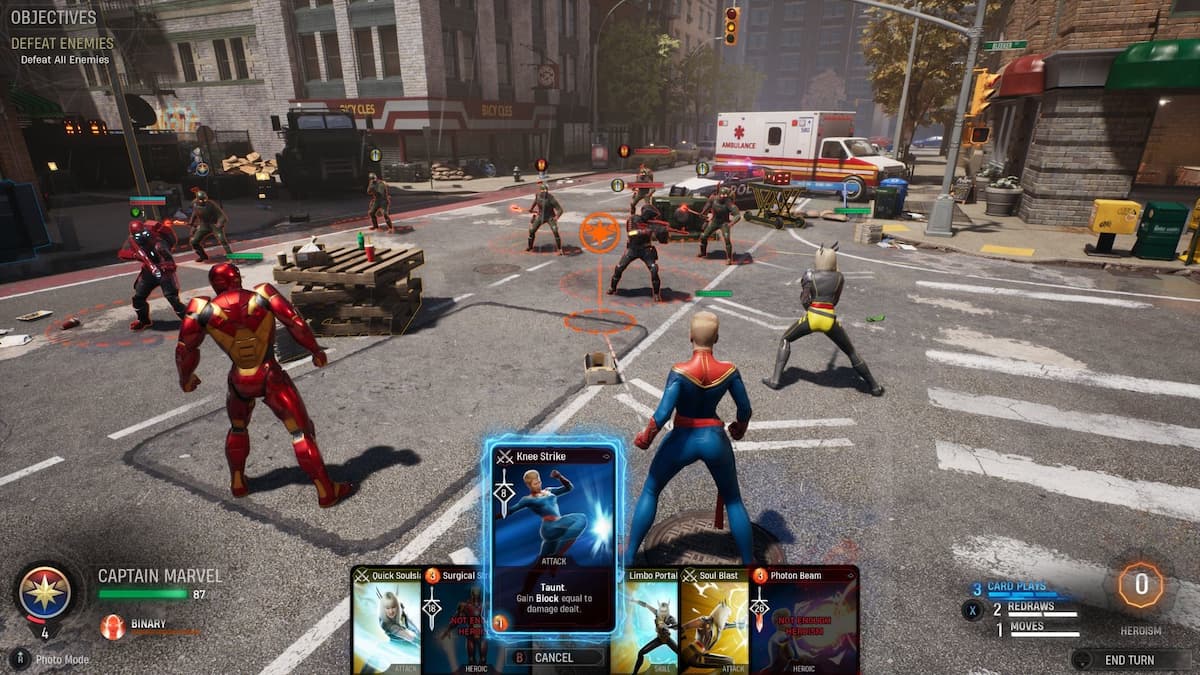 Between talking to superheroes, sometimes choosing lines of dialogue that will have a bearing on your moral compass and your friendships, you’ll engage in activities such as clubs and hangouts, both useful for building bonds and gaining a range of helpful abilities and items. There are also numerous crafting systems to fiddle with, a place where you can develop stats – and more – by training, and a station where you can send lone superheroes out on operations, providing you have the intel. To some it might feel a bit like busywork from time to time, but we’ve found it helps give the game balance. We’ve also loved the often humorous interactions between characters.

With the Abbey set within rather expansive grounds, there’s a largely optional exploration aspect to Marvel’s Midnight Suns as well. Wander around and you’ll find reagents that can be used to craft useful items, and chests that can be opened with Arcane Keys. Overcome challenges, and you can even gain access to Words of Power that can be used to open up new areas to explore. Again, this aspect is largely optional, but it does allow you to further explore the game’s lore, and gain worthwhile rewards. If you’re like us, you’ll simply appreciate the chance to go off and investigate every nook and cranny.

Marvel’s Midnight Suns ultimately feels like a story-driven adventure game with action-packed turn-based battles, and that’s the reason it manages to keep you hooked. It’s got excellent pacing, and you can sink as much time into exploring the Abbey and its surrounding areas as well as fraternising with your companions as you wish. Though of course, you get more out of it if you throw yourself fully into those latter aspects. In any case, Firaxis’ has done a might fine job of adapting the Marvel universe to the strategy genre. 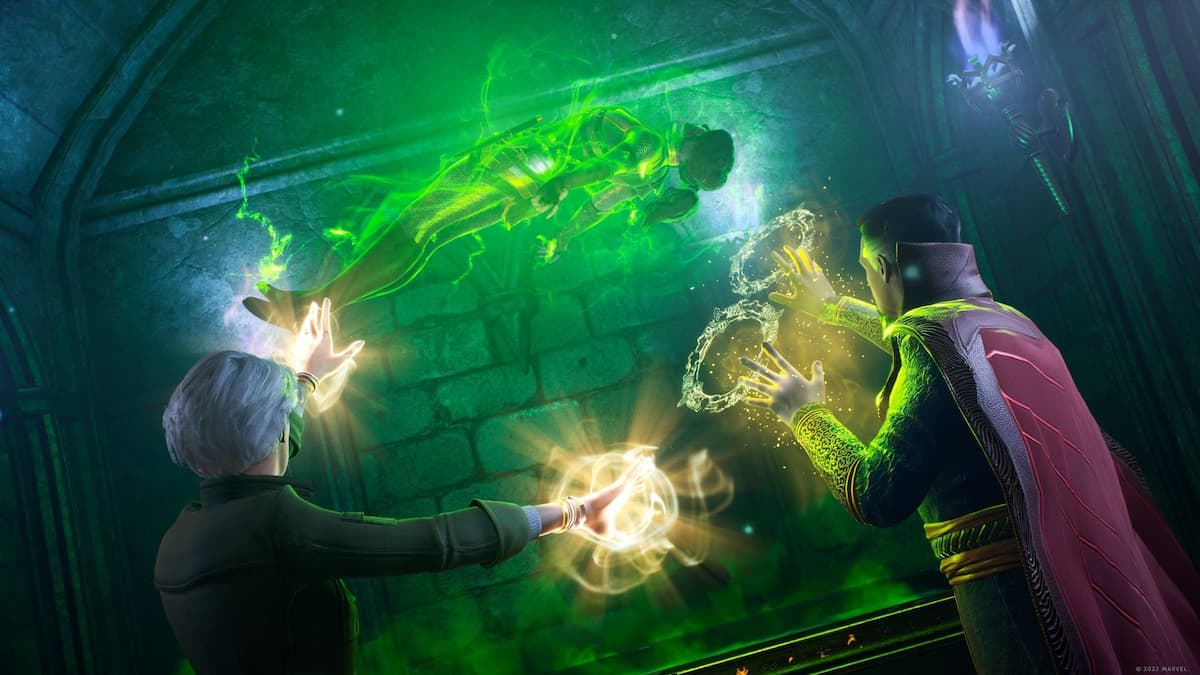 Playing Marvel’s Midnight Suns on PC for review, we’re happy to report that it’s very solid technically, too. While the visuals look a little outdated at times, in battle it’s hard not to be impressed when objects are being smashed around you and your superheroes are pulling off flashy moves. Better yet, there a wealth of graphical options to ensure that you can strike a fine balance between visuals and performance. The icing on the cake is that when it comes to bugs, we’ve encountered very few, and they’ve all been very minor. All in all, it’s been a pleasure to play.

Whether you’re a fan of strategy games or the Marvel universe, Marvel’s Midnight Suns should be considered a must-have. Even more so if you’re a fan of both. This is an ambitious title that offers dozens of hours of engrossing gameplay, full of battles that will have you on the edge of your seat, and party building that will have you carefully weighing up your options. One of the best superhero games ever made, Marvel’s Midnight Suns will grip you from the outset with its unpredictable story, and its gameplay makes you feel like the one with all the power.

This review of Marvel’s Midnight Suns is based on the PC version of the game, via a code provided by the publisher. It’s available on PS4, PS5, Xbox One, Xbox Series X/S and PC. 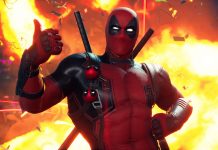 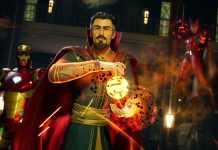 Is Marvel’s Midnight Suns Coming to PS4, Xbox One or Switch?