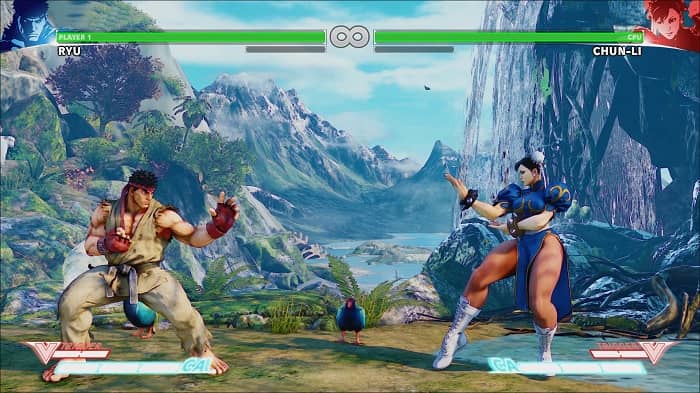 Undoubtedly the most popular fighting game series of all time, Street Fighter is set to receive its next major iteration in February, going by the name of Street Fighter 5.

Being a newly numbered Street Fighter release, fighting systems have been tweaked and some new ones introduced in order to keep the gameplay feeling fresh but comfortably familiar. Additionally, many new pugilists will be introduced alongside the return of a host of the series’ favourite fighters such as Ryu, Ken and Chun-Li. From what we played of this title at EGX 2015, this is shaping up to be the best Street Fighter yet.

Exclusive to PS4 and PC, Xbox One owners will have to sit out of this bout though we’re afraid.

Street Fighter V is coming to PC and PlayStation 4 on 16 February 2016. Order now from Amazon Bloodborne’s great and all, but boy will we be happy to pick up a shield again in what FromSoftware could possibly be considering as the last Dark Souls title.

Believed to be focussing more on its RPG elements in order to increase the depth of character builds, Dark Souls 3 also promises faster combat than its predecessors as well as a broader range of moves. However, no matter how many changes they make, two things will be certain: 1. it’ll be awesome, and 2. we’re still guaranteed to be seeing “YOU DIED” a lot.

Set to be released in March, we’d better start honing our fighting skills now as Dark Souls 3 is certainly one of our most anticipated games of 2016.

Dark Souls 3 is slated for a March release and will be available on PC, Xbox One and PS4. Pre-order now at Amazon