“Oh, Blizzard,” sighed half of the world’s collective Overwatch fans upon hearing the announcement of its new hero, Wrecking Ball.

A few days ago Overwatch released the character introduction and backstory for Hammond (aka Wrecking Ball), a brand new tank and 28th character to be added to the game since its release in 2016. What makes Hammond such a controversial character? Well, it looks as though he’s going to be a very high skill character which is likely to change the current meta of the game severe— OK, HE’S A HAMSTER. 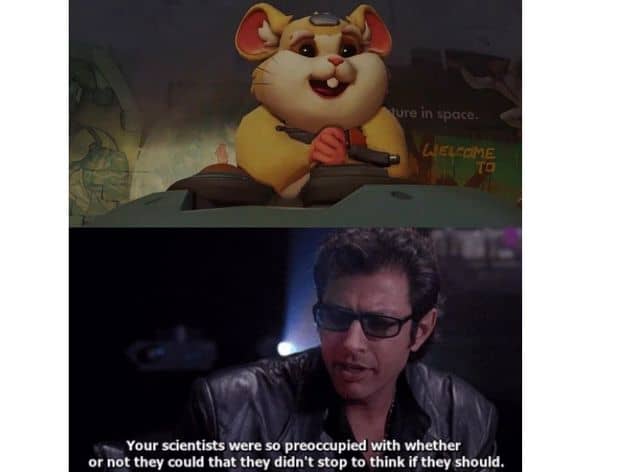 That’s right. The Horizon Lunar Colony weren’t just experimenting on gorillas on the moon; they decided to throw some hamsters in there too.

According to the developer update, after the gorilla uprising on Horizon, Hammond “hitched a ride” on an escape pod and launched towards the Earth. He landed in Australia, where he discovered Junkertown. There, Hammond finds inspiration for a powerful mech made from his escape pod. With his new powerful mech in tow, Hammond decides to try his hand in the Junkertown Queen’s gladiatorial combat where he wrecks the competition. Thus, the name and reputation for Wrecking Ball was formed.

Hammond is unable to speak because, as Overwatch’s game director Jeff Kaplan (affectionately known by many as Daddy Jeff) said in the developer update, “that would be completely ridiculous.” Yes Jeff, that would be the most ridiculous part. You can’t help but admit he is gosh darn cute, though.

Naturally, because of the sheer weirdness of this new character, little baby Wrecking Ball has already become a household meme before even making it out of Overwatch’s PTR. A couple of Wrecking Ball’s new nicknames include, but are not limited to: Hamtaro and Hammy Cyrus, and his permanent background music accompaniment must always be a mash-up of Miley Cyrus’ Wrecking Ball and The Hamster Dance. Players have photoshopped pictures of real hamsters into the Wrecking Ball mech, they’ve edited guns onto real hamster balls; you name it, someone has probably already made it. 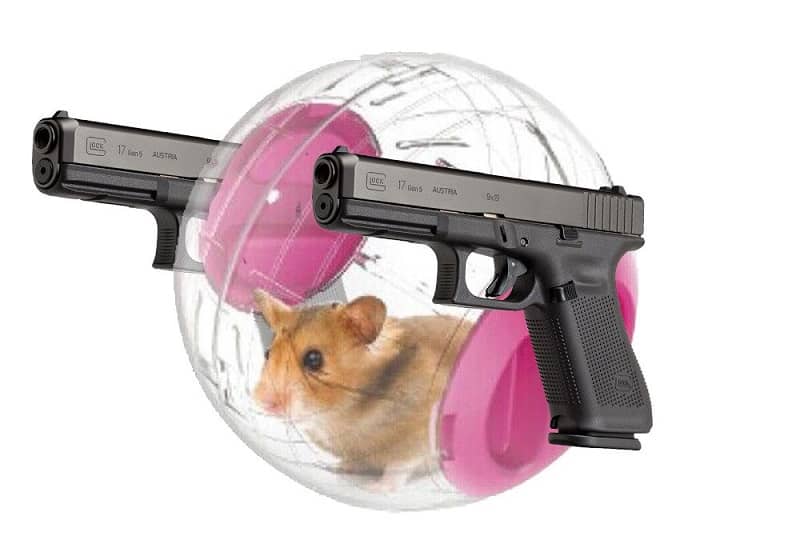 So yes, Wrecking Ball isn’t the amazing new character that a lot of people were hoping for. And yes, Wrecking Ball is a terrible name for a hero, and yes he’ll change the meta, and yes, he’s a meme now, and yes yes yes, he’s a GIANT FREAKING HAMSTER. But two years into the game, what were you really expecting? Everyone runs out of ideas sometime. At least he’s got a cool backstory that fits well enough into the Overwatch lore. Right? Sigh. Who am I kidding, this is so much worse than Jetpack cat.