Reckless child endangerment is the future of video games.

Sure, you could pit an adult protagonist against a horde of malevolent monsters, but as Inside, Brothers: A Tale of Two Sons and many other games have proved, putting a child in peril is a sure-fire shortcut to keeping players engaged.

Mable & The Wood, which sees the titular girl wandering a fantastical pixel-art realm, dispatching all manner of monsters, is no different. She’s utterly adorable, dragging her sword behind her because she hasn’t got the strength to lift it – and if you don’t let out an audible “awww” within a minute of meeting her, you might want to check you still have a pulse.

There’s more to Mable & The Wood than just its appealing protagonist, however. It’s a stylish, semi open-world romp that, thanks to Mable’s shape-shifting skills, needs more than an itchy trigger finger. Other abilities unlock as you play but she’s initially able to transform herself into a fairy, leaving her sword behind. Flitting around in this form, which is short-lived thanks to being on a timer, allows Mable to reach higher ledges before calling her weapon back to her hand. 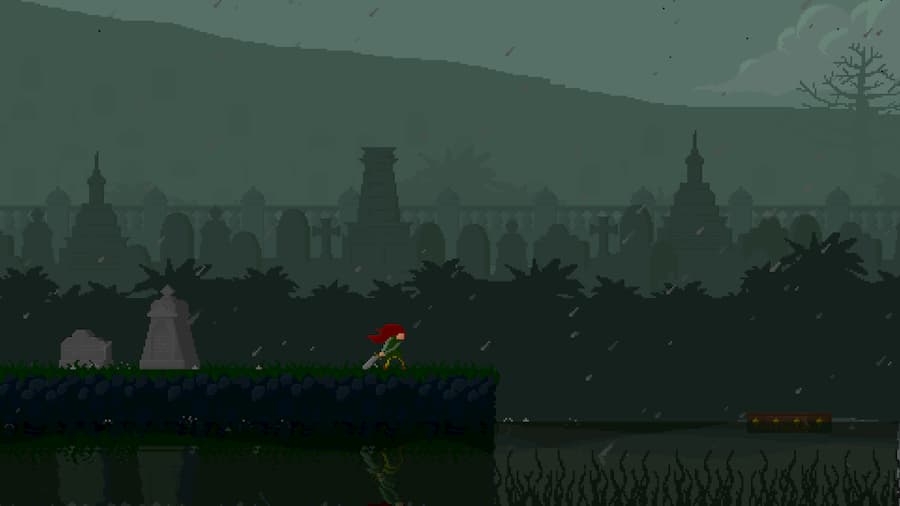 Therefore, combat entails luring an enemy into your sword’s line of travel, which tears through them when it returns to you. Dispatching an enemy in this manner is much more satisfying than just shoving a sharp piece of metal in their faces. It also introduces a welcome element of strategy into combat, particularly when you’re fighting the bosses, as a well as higher degree of risk; your close-up combat abilities are lacking, at least initially.

Patience is also a requirement in Mable & the Wood. While the game never reaches joypad-hurling levels of frustration, there are occasional moments when you’ll be lost as what to do next. Mable & The Wood describes itself as a Metroidvania but thanks to Mable’s small size, a journey that would take Samus Aran mere minutes becomes a marathon. One area has you hopping onto pillars that trigger a mechanism further along; stay on them too long and an unseen barrier lowers to block your path. The first time you encounter this hazard you’ll marvel at its fiendishness – but the fifth time you pass it you’ll be cursing the lack of a teleport point. 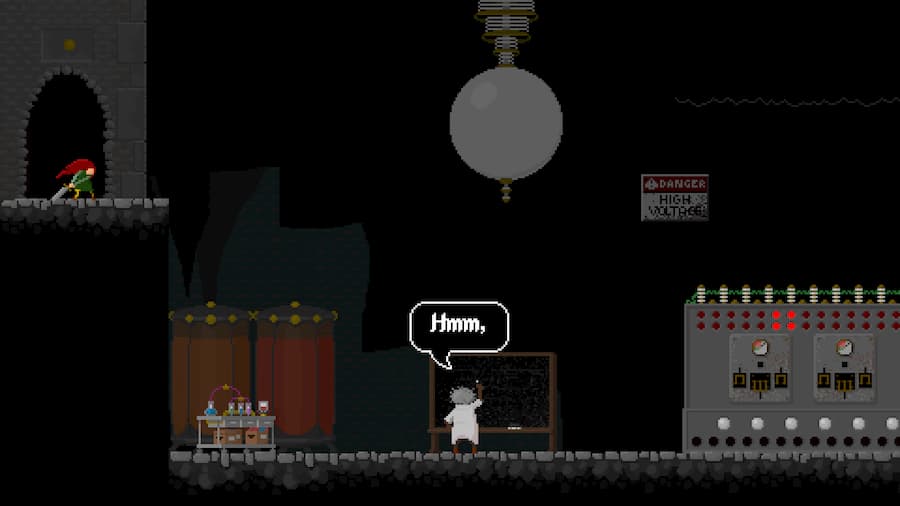 The abilities you unlock are a lot of fun to use and, as is the case in most Metroidvania games, grant you access to other areas. Despite its retro aesthetic, Mable & The Wood’s levels are a joy to behold and don’t just limit you to the horizontal. There’s a wonderfully taxing section where you ascend a snowy mountain, struggling against the wind, though the way you access this area is a little suspect. It’s blocked off by a wall of thorns which you can destroy by… turning into a spider and firing a length of web at it which cuts through it like butter.

I’m not sure what kind of mutant laser-firing spiders live near designer Andrew Stewart’s house, but if you’re an arachnophobe you might want to give the area a miss. The rest of the abilities, which include turning yourself to stone and tunnelling through dirt, make a lot more sense. The game reportedly boasts a pacifist path, but I was too enamoured with having Mable slice her foes in two to pursue that option. 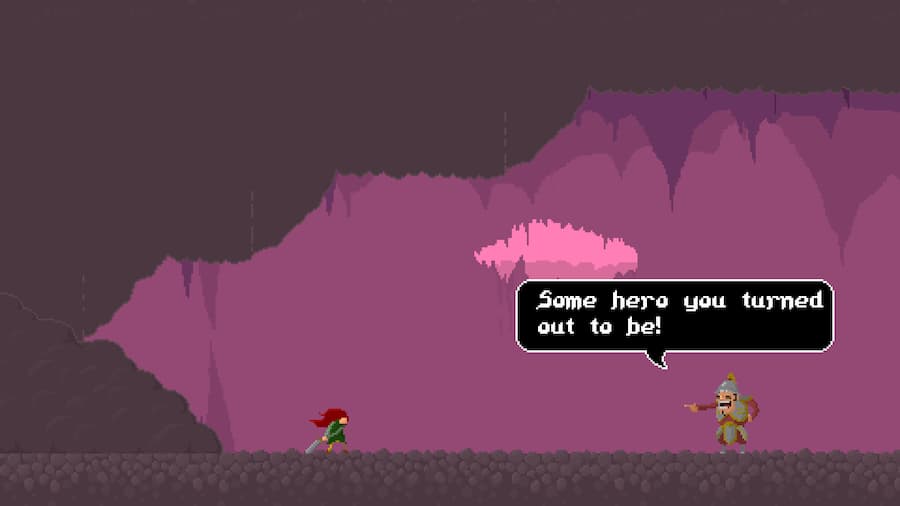 Aside from its visual charm, Mable & The Wood boasts a superbly atmospheric soundtrack and feels like a real labour of love, made all the more startling that this is a one-man game, crafted over the course of four and a half years. The game’s story, too, told partly in flashback, is as compelling (though perhaps a little more ambiguous) than any storybook fable. The more you play the more you realise that, like its mute protagonist, there’s more to this tale than meets the eye.

Mable & The Wood is no cakewalk and there are brief moments where you’ll struggle to make progress. But promise of new abilities and new areas to explore will keep you playing – and when you leap, slash and swing your way to them, you’ll never be disappointed. Mable & The Wood oozes charm from beginning to end and, even in a market that isn’t short of Metroidvanias, it more than distinguishes itself.

Mable & the Wood is available on PC, with Switch and Xbox One version coming soon.