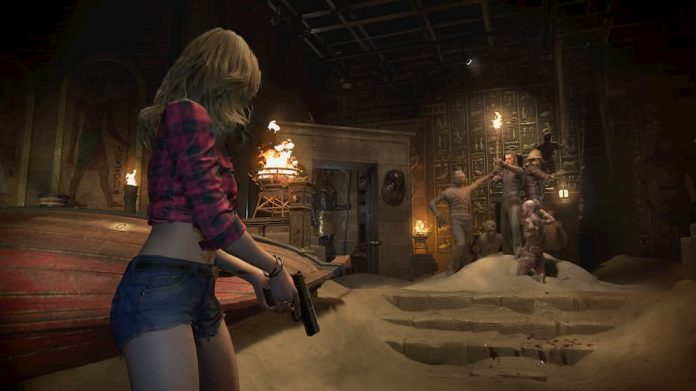 Capcom has revealed two new masterminds and maps for Resident Evil Resistance, the asymmetrical multiplayer mode included with the RE3 remake.

We’re all excited about getting to play Capcom’s reimagining of Resident Evil 3 on April 3rd, but let’s not forget that it’s coming with a pretty exciting bonus feature: Resident Evil Resistance. This 4 vs 1 multiplayer survival horror experience sounds unlike anything else we’ve seen from the RE universe, as four players try to escape the deadly experiments of the Umbrella Corporation while one mastermind attempts to thwart them.

Capcom has already announced the paranoid scientist Annette Birkin and newcomer Daniel Fabron as two of the playable masterminds, but it has been revealed that classic villains Alex Wesker and Ozwell Spencer will round out the full Resistance roster. Each mastermind brings their own unique brand of terror to the arena, summoning controllable bioweapons or scientific gadgets to torment their survivors.

Two new maps have also been revealed: The Casino, a home for thrill-seeking and fun turned into an eerie battleground thanks to the panicked evacuation of Raccoon City; as well as an Abandoned Park, which might be a little cliché, but you can’t claim it’s not an effective horror setting when zombies in goofy mascot costumes are bearing down on you.

Resident Evil Resistance will be included with Resident Evil 3, releasing for PlayStation 4, Xbox One and PC on April 3rd. Head over to the Capcom website for more information.