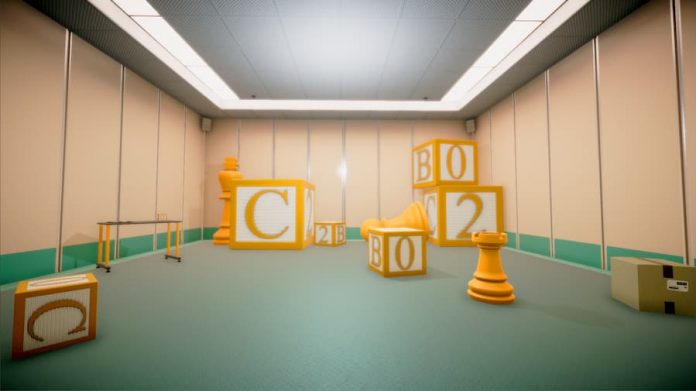 People have been excited about Superliminal game for almost six years.

A tech demo video from 5-person indie studio Pillow Castle made a big splash in the gaming community when it dropped onto YouTube early in 2014. The central mechanic that it showed off – the ability to alter the size and distance of objects based on your perspective – was the most mind-bending and impressive mechanic many of us had seen since Portal‘s titular portals. It’s no surprise, then, that the video amassed millions of views and thousands of comments from excited gamers, desperate to see what the idea would grow into. Well, six years later and Superliminal is finally here.

I’d highly recommend watching either the original tech demo or a trailer for the game if you haven’t already, because you really need to see this forced perspective concept in action to get its full effect. You know how if you close one eye and hold out your hand, you can make it look like a huge building in the distance is small enough to fit between your forefinger and thumb? Well in Superliminal, you can actually pluck that building out of the air and drop it onto a tabletop like a novelty paperweight. In the same way, you could also pick up a tiny chess piece and drop it in the distance, suddenly making it as tall as a building.

Not only is this a fundamentally awesome mechanic on its own (I was grinning non-stop through the first section of the game just playing with the objects available to me), but it can be combined with other mechanics to produce some more interesting and often crazy results. For example, scale up a desk fan and suddenly it’s powerful enough to blow over a huge tower; change the size of a doorway and suddenly you yourself are a different size when you walk through it (at least relative to the world around you). Another fun idea is having to find the right spot in a room so an arrangement of flat 2D shapes align properly to form a 3D image, which you can then grab out of the air and use like another object.

Portal is a clear influence, and though forced perspective tricks might be even more psychedelic and disorientating than Valve’s orange and blue wormholes, it’s a less versatile mechanic that doesn’t come anywhere near to providing the same level of challenge in its puzzle design. Every single puzzle in the ‘Cubism’ chapter simply requires you to build stairs to reach a high place; and while the presentation is always stylish, it’s basically showing its hand up front that there is a limit to how many challenges you can actually build around the perspective concept. 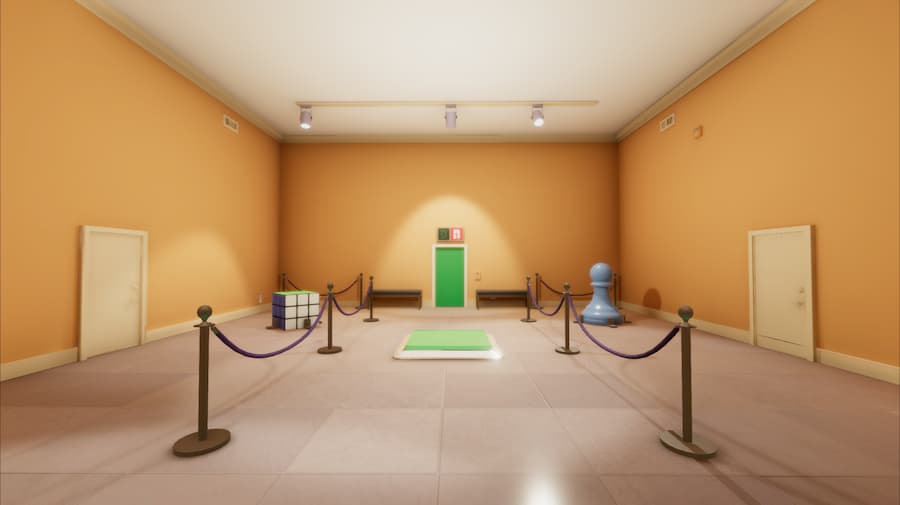 Aside from the puzzles, many parts of Superliminal cross over into walking simulator territory, with the game simply inviting you to keep moving forward while it toys with you like a rat in a maze. In my view, stringing the player down a linear corridor just to have impressive scripted set pieces thrown at them can be less engaging than doing something organically. Having said that, the set pieces in this game are entirely based around screwing with the player’s sense of perspective and control, so it feels more justified thematically, and it helps that all of the sequences are really well done and enjoyable.

This is something that The Stanley Parable did well too (another clear influence), leading you down tangles of M.C. Escher-style corridors that loop around in impossible ways. But Superliminal takes it to the next level, with multiple sequences that’ll wring your brain out like a sponge. It’s impressive in the same way that watching a really good magician is impressive. You watch the performance and you say “Wow! How did they do that?”, but if you look past the spectacle, it doesn’t really tell a story or have any deeper meaning or message.

The Stanley Parable had a strong point to make about the structure of narrative in video games and made it well, but Superliminal doesn’t even have much of a narrative at all. There is a vague story revealed through an opening cinematic and various voiceovers throughout the game, but it ends with a rare plot twist that actually makes the narrative less interesting, then tries to crowbar in some “perception is reality” message that fell kind of flat for me. 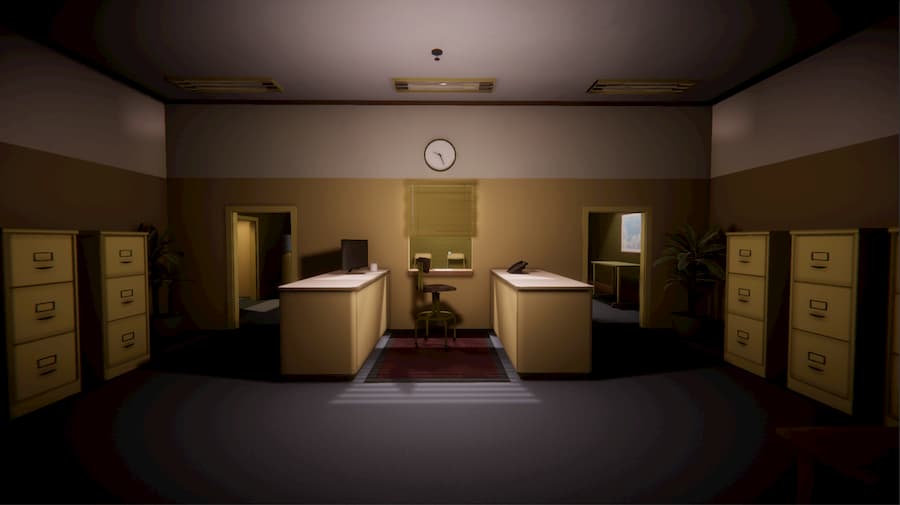 So Superliminal has two sides, the “quirky puzzles based around a solid and impressive core mechanic” (Portal) side and the “dreamlike walking simulator, messing with your concept of space” (Stanley Parable) side. Unfortunately, I can’t say it does either thing as well as the games it takes inspiration from. There were a few tricky puzzles, and the whole concept is astoundingly clever, but I rarely felt like I was really having to use my brain to beat the game; rather the game was using my brain to beat me. And while the mind-bending set pieces are gobsmackingly impressive, the lack of story and message means the game doesn’t stick with you for long after the credits roll.

I enjoyed Superliminal. I really, really enjoyed it. Playing this game is consenting to have your mind expertly fucked with for three hours, like some kind of sex worker for the brain. But much like hiring an actual sex worker, it’s ultimately quite a shallow experience. I can’t say I felt very challenged by Superliminal, and I didn’t feel like it had anything particularly meaningful to say either. But the originality, ingenuity and pure mind-warping spectacle of the game is still enough to make it worth your time. My first playthrough took me a little under three hours, so it’s up to you if you think that’s worth the price tag (£13.99 at a discount until November 18th), but the team at Pillow Castle has clearly worked its nuts off to put this game out and I think that ought to be appreciated.

Superliminal is fun. It may not be challenging, and it might not have a deeper message behind it, but it’s a hell of a ride – and on many levels it’s a technical masterpiece. Actually that description makes it sound like a Marvel film, so I guess that means I can recommend it to pretty much anyone unless you’re Martin Scorsese or Francis Ford Coppola.

Superliminal is available on PC.